"Our brains are pattern-recognition machines, connecting the dots and creating meaning out of the patterns that we think we see in nature. Sometimes A really is connected to B, and sometimes it is not." 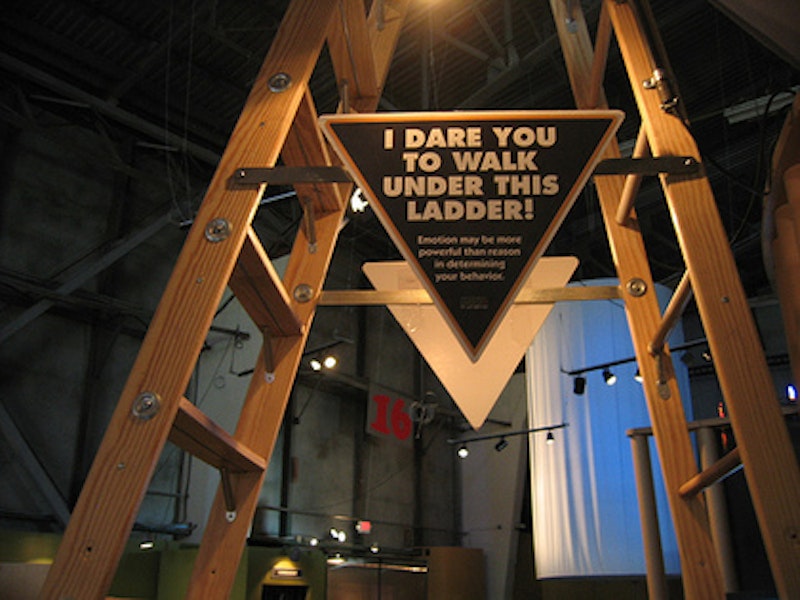 Rather than author just-so stories for every possible superstition – from lucky rabbit's feet to Mayan numerology – Foster and Kokko worked with mathematical language and a simple definition for superstition that includes animals and even bacteria.

In general, an animal must balance the cost of being right with the cost of being wrong, Foster says. Throw in the chances that a real lion, and not wind, makes the rustling sound, and you can predict superstitious beliefs, he says.

Real and false associations become even cloudier when multiple potential "causes" portend an event. Rustling leaves and say, a full moon, might precede a lion's arrival, tilting the balance toward superstition more than a single "cause" would, Foster explains.

In modern times, superstitions turn up as a belief in alternative and homeopathic remedies. "The chances are that most of them don’t do anything, but some of them do," he says.