Having “the talk” that all married couples eventually get around to. 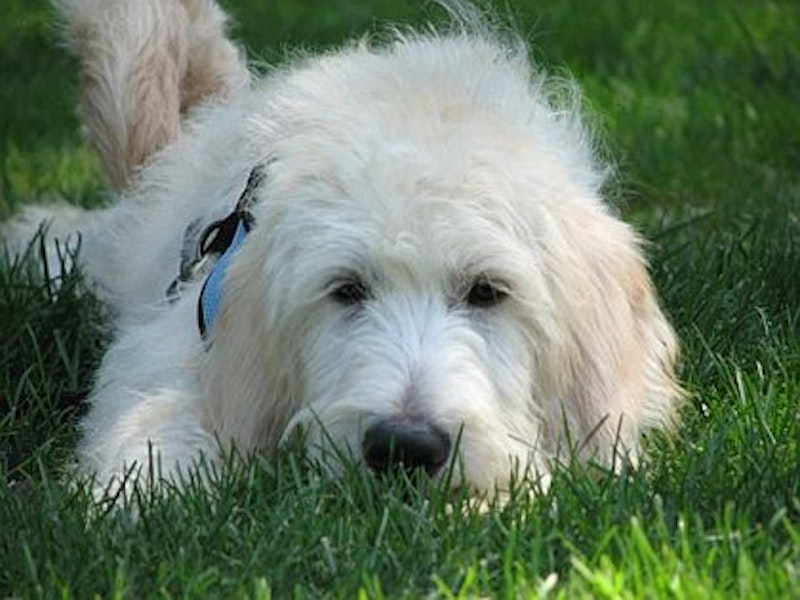 The Puppy Formerly Known as "Rocket." Photo by the author.

It’s occurred to me that many of the biggest things in life happen when we are not planning for them, and so I probably shouldn’t have been too surprised when my wife called three weeks ago with the news. It wasn’t as though it was completely out of the blue, either, because as we near our second anniversary, we have the discussions and debates that many couples at this stage in their marriage do. We thought we were ready around Christmas time, but ended up talking ourselves out of it. Could we pull it off while living in Manhattan? But now, it looked like it was really going to happen, and as soon as we hung up, I knew our lives were going to change dramatically.

“I found him,” she said. “His name is Rocket, he’s six months old, he’s at a shelter in Brooklyn, and we can meet him tonight!” Rocket was a Goldendoodle (a cross between a Golden Retriever and a Poodle), and he was in need of rescuing after being given up by his original owner. My wife had found him on petfinder.com, a website she has visited daily for the last year in a heretofore fruitless search for the third member of our small family.

Arriving at the shelter, we announced that we had come to meet Rocket, and someone on the staff was dispatched to retrieve him. The door opened, and out bounded the scrawniest, most unkempt dog I’d seen in some time. We were asked if we wanted to take him for a walk around the block, and so we set out for our “test drive.” Once outside, it was obvious that Rocket was just happy to be free; he was sniffing everything, looking everywhere, and generally just all over the place. Though dirty and a little too skinny, it was easy to see that underneath all of that was a truly gorgeous dog. Of course he was perfectly adorable, and we were hooked. “This is our dog, Bragg,” my wife said, and I couldn’t disagree.

We were given an application to fill out, and listened to the laundry list of supplies we would need to properly care for the new puppy. That night we went home to “puppy-proof” our apartment, and we picked up Rocket for good the following day.

Our first night with Rocket was somewhat turbulent, but we all made it through. My wife and I had both taken the next day off from work to begin dealing with all of the logistics of our newfound “parenthood.” While driving him home the night before, we decided we didn’t think the name Rocket fit, and since we were told that at his age, there was not yet any name association or recognition, we decided to make a change. After throwing around a few names, we settled on Henry. We liked the name, we didn’t know any other dogs named Henry, and well, he just sort of looked like a Henry. We felt it was only proper to honor the first name he was ever given, so we made Rocket his middle name: Henry R. Van Antwerp, our dog.

We took him to the vet for a full check-up, and a few surprises emerged from our visit.  For one, Henry was not six months old; he was five months old. No big deal there. But a few of the other revelations were not as innocuous. We learned that Henry weighed 32 pounds—just a tad bigger than the “15 to 20 pounds” the shelter had told us (and that we had in turn told our landlord). Additionally, he wasn’t even close to being fully grown (as we had also told our landlord). In fact, said the vet, we were probably looking at a 70-90 pound dog when it was all said and done. Oh and by the way, he also has pneumonia! So $1000 later, we left the vet a little poorer, a tad shell-shocked, but still falling madly in love with our new puppy.

The last few weeks have been busy ones in the Van Antwerp household. I don’t think I’ve gotten more than five hours of sleep since Henry’s arrival, and my wife isn’t faring much better. I haven’t had time to go to the gym, and my wife has fallen behind in her training for the New York Marathon. A small fortune has been spent on the vet, low-calorie, grain-free food, an endless amount of miscellaneous supplies, and entirely too many toys. A woman we only met three weeks ago now enters our apartment three times a day with a copy of our key to walk Henry for 30 minutes, and my wife and I have more discussions about our dog’s “elimination” than I ever imagined, and in greater detail than I ever thought possible. I have had several business meetings in which I have reached into my pocket only to find a dog treat there instead of a business card. In short, our lives have been turned upside down, but we knew that would happen, and it was part of what we signed up for when we rescued Henry. The bottom line is that when I come home from work and he’s there to greet me, his tail wagging so hard that his whole body begins to wag with it—just those few seconds alone make every lost hour of sleep, every dollar spent, and every single change to our lives absolutely worth it. But I think we may wait a little longer on kids.