Superman vs. Sexism and Racism

The man of steel faces his most persistent and powerful foes in Superman & Lois. 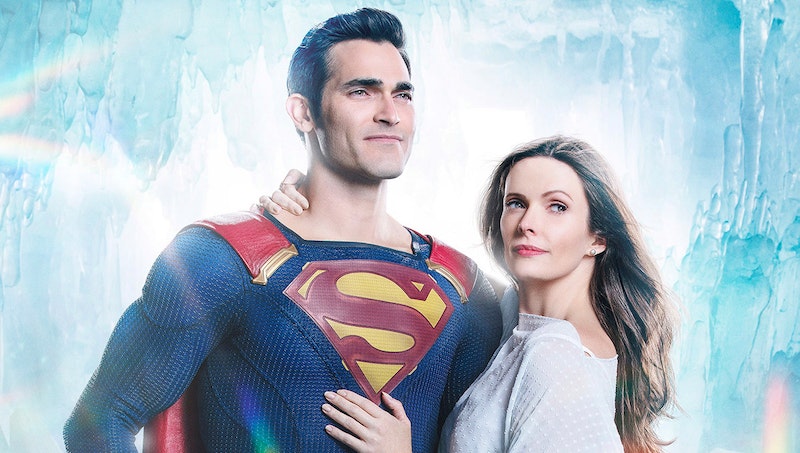 The new series Superman & Lois premiered this week, amidst much fan excitement. Nadria Tucker, though, was less enthusiastic. One of the original writers for the show, Tucker says her contract wasn’t extended and believes it was in part because she asked the showrunners to cast more Black roles and write more storylines featuring women. Even though Lois Lane, star reporter and Superman’s love interest of 80 years, is in the show’s title, Tucker says management wasn’t interested in her. “Lois journalism stories were frequently deemed ‘boring‘ because they lacked superpowers I guess?” Tucker tweeted.

It’s not surprising that a show about Superman has struggled with sexism and racism. Fans of the character often debate his core attributes—should he be optimistic or pessimistic? Would he kill, or is he sworn to never take life? But one, less discussed, consistent throughline for Superman is that he’s supposed to be the most powerful, heroic, important person in the universe, and he’s also a Christian middle-American heterosexual white guy. Superman validates the default racist, sexist view that white guys are more important, virtuous, and stronger than everyone else.

Superman stories, for decades, have followed through on the hierarchy implied when the most super of all beings is a white man. Early Superman stories often reproduced unthinking World War II images of the Japanese. Outright racist caricatures have mostly been dispensed with, but Superman’s core cast—in the movie Man of Steel for example—has remained very white.

As for sexism, the original Superman comics of the 1930s and 40s had a queasy misogynist revenge dynamic, in which Lois Lane mocked Clark Kent, Superman’s alter ego, and then Superman got his own back by spurning her affections, fooling her about his identity, and sometimes by just being an outright jerk. Later, in the 1950s, Superman comics stories often centered around Lois constructing elaborate plots to get Superman to marry her—plots which always failed. This common narrative was the inspiration for the 1980 film Superman II, in which Christopher Reeves’ Superman has to trade his powers away in order to marry Lois (Margot Kidder.) Domesticity and super-heroics can’t exist together; it’s only when Superman is unconstrained by women that he’s truly super.

In Superman & Lois the titular characters are already married with two teen children when the story begins. But the pilot’s still more interested in Superman (Tyler Hoechlin) than in Lois (Bitsie Tulloch). Not only does Superman do all the super feats, but Lois is cast in the role of hectoring spouse. She low-key nags at Clark to spend more time with his family rather than flying off to save the world—a narratively unsympathetic position in a story where you’re there to see the guy save the world. The couple’s two maybe superpowered kids, Jon (Jordan Elsass) and Jordan (Alexander Garfin), are also both boys, which means that it’s a superhero show where all the main superheroes are guys. And also one where all the main characters so far are white, except for the villainous Stranger, played by Wolé Parks, whose face is never seen.

There could be ways around the sexism and racism. In the comics, Lois is sometimes a martial arts expert who gets to kick bad guy butt. They also could’ve given Lois other superpowers; maybe Superman found some way to make her invulnerable so she’d be protected from his enemies. Or the show could’ve given Lois and Clark at least one daughter. Or the showrunners could’ve just put a lot of effort into making Lois’ plotlines carry as much narrative weight. And if you wanted to give more opportunities to Black and POC actors—there’s no law that says you have to cast white performers to play Clark or Lois or both.

There are lots of possible approaches. But if you’re writing a Superman story, you really need to embrace one of those approaches, because otherwise the supergravity of the character pulls you where it pulls you. Nadria Tucker’s experience suggests that the creators of Superman & Lois decided to surrender to sexism and racism before they even started. No wonder that Superman in Superman & Lois got knocked flat by injustice again.