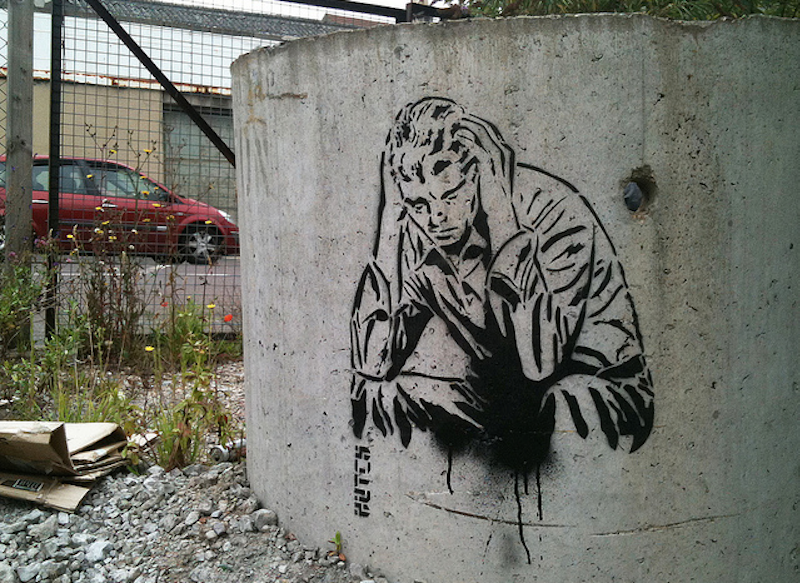 Danny Brown: You see someone do a kick flip, you wanna do a kick flip, but yours won’t look like homeboy’s who just invented it, it’s gon’ look a little different ‘cos you doing it.

Pete Swanson: And once you get into it, you just keep getting deeper and deeper.

Brown: I always try and stay humble about it.

Swanson: I didn't think I could take it any further.  I’m not that guy.

Brown: You see? It got to the point when I’d get embarrassed so I started to say I was a comedian.

Swanson: Adrian Orange was running around, way younger than everyone else and everyone trying to make sure he didn't get into too much trouble.

Brown: I came across him in Blender then saw a video on MTV, I bought the album and was a big fan.

Swanson: I was going to be out there past when my term would start, but I already wasn't feeling it. So, I figured, "Fuck school. I'm going to France and going to England and having fun."

Brown: Like Jack White and Madonna the way they just moved from Detroit to London, I’m trying to be the first rap guy to do it.

Swanson: People don't really think about it being a place where things were happening musically but stuff was happening there.

Brown: It’s just a bunch of Agent Smiths and nobody knows how to be a Neo.

Swanson: But people really wanted everything that we had.

Brown: In Detroit we have a big techno scene, a big rave, dance scene.

Swanson: I wanted to understand it, but the electronic music that was really forward-thinking and wasn't just dance music wasn't very visceral or had that punch that you'd get from punk shows. And everything felt great.

Brown: That don’t make sense to me. That’s like kicking people when they’re down, because you’re selling people this dream that they can put a dollar in a slot machine and become a millionaire.

Swanson: Homeless people in general have this crazy spirit. They're so intense and so serious.