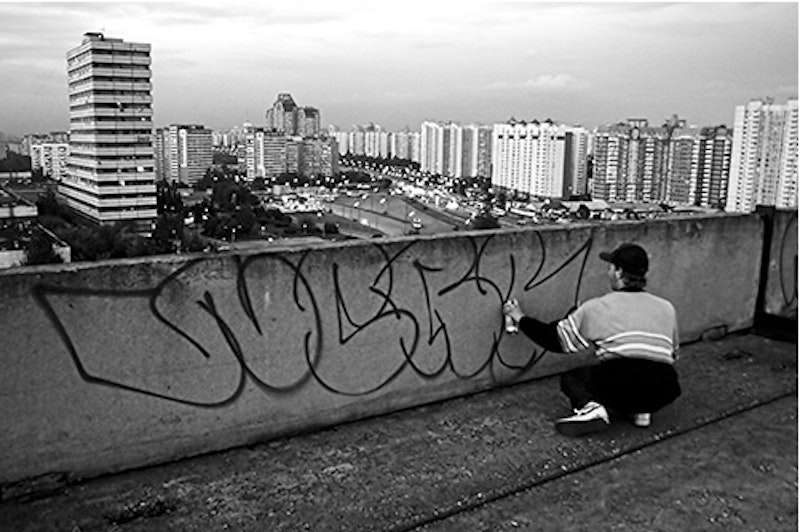 Keith Haring: Drugs were a way to rebel against what was there and at the same time to sort of not be there.

Richard D. James: Best thing I ever did.

Haring: It depends on how far you want to take it, on how paranoid you are about conspiracies.

James: I know, because I've got a mobile scanner and I listen in on conversations.

James: And they’re not my teeth.

James: Silicone. There are too many loopholes.

Haring: One day, riding the subway, I saw this empty black panel where an advertisement was supposed to go.

James: I'll wear it to bed and put the covers over myself, then sort of cuddle up to her and wait for her to turn around.

Haring: Me and my friends were making and selling angel dust.

James: If I did that it’d be a disaster.

Haring: It was written about in the Village Voice and in the art magazines.

James: I suppose all media will be like that sooner or later. There's also this computer game we play called Total Annihilation, where two tribes fight to take control of a civilization.

Haring: I don't miss it a lot, but when it started happening, I was young and naive, and it was really exciting.

Haring: Fresh blood with fresh ideas. It's much more quickly addicting than heroin or any other drug. I was thinking about these images as symbols, as a vocabulary of things. Not in the last years, but when I was a kid.

James: The thing is, when I get cold I become nostalgic. It reminds me of being little, because my house when I was growing up didn't have any heat at all.

Haring: The opposite. People were completely enthralled. We started talking, going out.

James: I had a bit of cash, I didn't have to get a job, but it wasn't as exciting as coming home and looking forward to making music.

Haring: I guess it's similar to what it must have been to go to with and to lose your friends while you're at war.

James: People still do that, they just do it on mobiles.