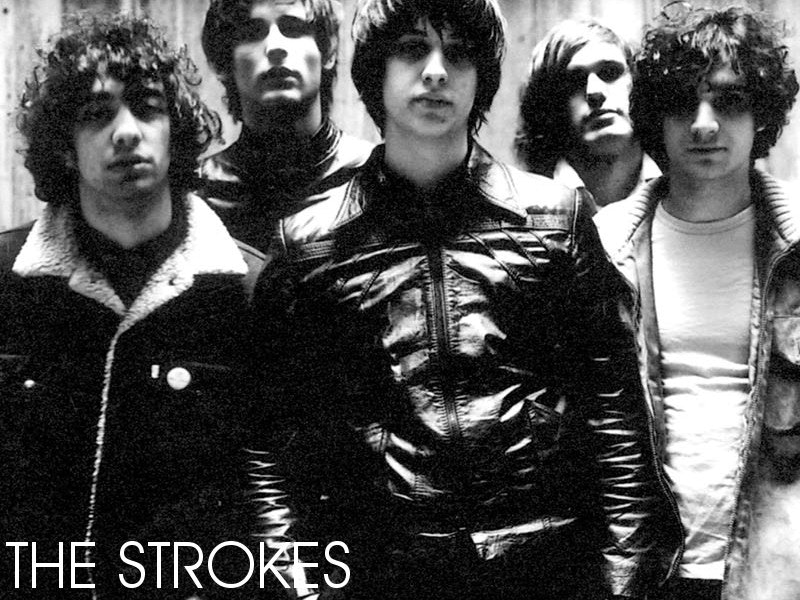 As we approach the 10th anniversary of 9/11, one flashes back to all the frightening news reports that day and in the weeks following the initial tragedy. But lately I've been thinking of one headline that was funny yet also insightful: The Onion's famous A Shattered Nation Longs To Care About Stupid Bullshit Again. We laughed because it was true. Those of us more invested in art and pop culture had suddenly been shocked into paying attention to a dangerous new world around us. And though celebrities rallied to help in any way they could, with telethons and charity recordings, and were mostly earnest and well-intentioned, it all just seemed a little more frivolous and pointless than it had on September 10.

Ten years later, America still has plenty of problems, some of which can be directly traced back to 9/11, but for the most part we're right back to caring about stupid bullshit, perhaps more than ever. It's hard to think of any circa 2001 media obsession quite as vapid as Katy Perry or The Jersey Shore. And although there is a whole canon of songs and films inspired by that day's events, I'd argue that the true pop culture legacy of 9/11 is of failure, or more specifically scapegoating 9/11 for the failure of certain projects.

It's become a standard magazine feature over the past decade: the subject was preparing to release the most crucial film or album of their career in the fall of 2001, and then those planes hit the Towers, the economy took a downturn, and nobody wanted to laugh or sing or think or whatever reaction their art hoped to inspire. Among the flops that have been at some point blamed on 9/11 are Zoolander, the silly Ben Stiller comedy that later found an audience on DVD and television reruns, the infamous Mariah Carey film vehicle and soundtrack album Glitter, and sophomore slumps by everyone from Jessica Simpson to Macy Gray.

Yes, there was a post-9/11 malaise that slowed down consumption of mass entertainment; people glued to CNN and the Internet obsessed with up-to-the-minute news generally don't go out to the movie theatre or the record store. And some projects were legitimately sunk by that fall's world events. The film Big Trouble had the bad luck to feature a plot involving the smuggling of an explosive onto a commercial flight in a comedy scheduled to open in theaters on September 21. It was hastily pushed back to April 2002 and given a release with minimal promotion.

But some new releases managed to succeed despite unfortunate timing. The metal band System Of A Down's Toxicity was the #1 album in the country the week of September 11th. But the album's lead single "Chop Suey!" featured a refrain about "self-righteous suicide," landing the song on a controversial list of songs the radio giant Clear Channel Communications asked its stations not to play in the sensitive weeks following 9/11. Nonetheless, the song continued its rise up the charts that fall, becoming System's first Top 10 rock radio hit and one of the signature songs of a multi-platinum album.

The Strokes spent the summer of 2001 receiving international acclaim for their debut Is This It. The album, which featured a song with the chorus "New York City cops/ they ain't too smart," was due out in the U.S. in late September when those words suddenly seemed like an extremely ill-timed criticism of some 9/11 heroes. But the band's label simply pushed back the release date to October, replaced "New York City Cops" with a new song, and Is This It went onto healthy sales and a reputation as one of the most acclaimed rock albums of the decade. Likewise Jay-Z's fifth album The Blueprint, released on September 11, was a blockbuster and widely regarded classic despite the fact that music was not the first thing on anyone's mind the day it debuted in stores.

The truth is, September 2001 was a charged and anxious time, but in many ways it was just like any other autumn month in any other year: the leaves changed, some things failed and others thrived. Television was probably the sector of the entertainment industry most shaken by 9/11; most of the new fall shows ended up not premiering until November that year. And while at least one of that season's enduring successes, 24, captured a certain post-9/11 zeitgeist, the truth is that Inside Schwartz and Bob Patterson almost certainly would have been canceled even if nothing tragic had happened on September 11th.