St. Louis: The Most Dangerous, Racist City In America 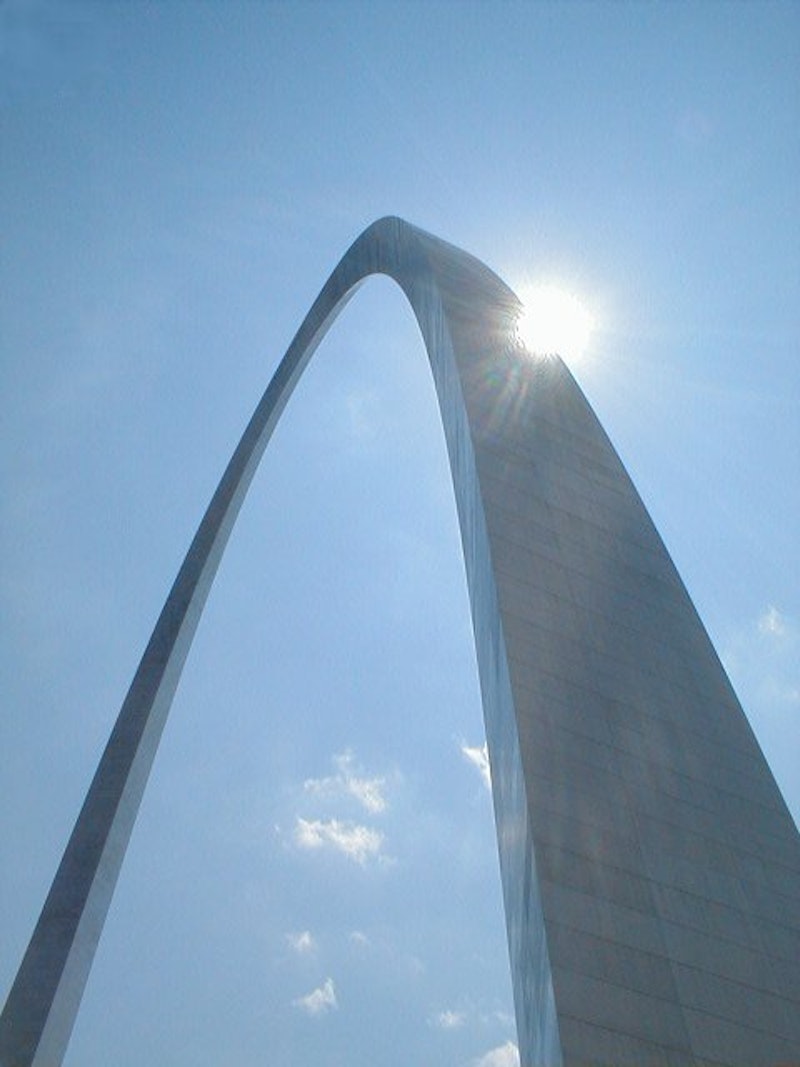 My grandmother lives in Florissant, Missouri, a northern and really black suburb of St. Louis County. It’s not like “the hood” or anything like that, there’s just a whole lot of black people—a few too many for those prejudiced tea partying white folks hiding among us. For me, coming back to St. Louis for the holidays has always been really strange because I’m just not used to bigotry. But in St. Louis, the level of separatism only leads to deeper racial hatred and stereotyping.

So I’m at the St. Louis Bread Company, right? All I wanted to do is escape the house to work on my Tina Turner project. I get in the cafe and see that it’s super packed, totally full, and I waltz over to the front counter to place my order. Waiting for me is a very cafeteria-looking lady (short, with a hairnet, gigantic glasses) with a nasty look on her face the second she sees me. I’m not wearing anything particularly outrageous, this outfit is as suburban as I go. But she just stares at me, doesn’t say “HOWAREYOUDOINGWELCOMETOBREADCOMPANY!” all excited like she did for the white peeps who just ordered ahead of me. So I’m like, “Ain’t this some shit,” and I literally just stand there, waiting for her to greet me. This is a test. And something like 15 seconds flies by—no joke—before she acknowledges me; I’m just standing right there.

I order and she is just pissed the hell off. She snatches the muffin and rolls her eyes and snatches the Apple juice and huffs and puffs and talks at me like I’m a fucking idiot. So when she hands me my breakfast, which at this point I’m not that into anymore, I’m say, “Hey, lady! If you’re too good to hand me a damn muffin, maybe you should get a different job!”

I guess when you live in New York, or in any cosmopolitan city, you forget that there are still bigoted people in the world. But remember: this is the city that saw over 100,000 people gather under the Gateway Arch to catch a glimpse of Barack Obama before he was elected president. But it’s also the same city that back in the Spring of 2009 had a fit when the weekly Riverfront Times ran a cover story with a picture of a black and white couple kissing.

Where does all this hatred come from?

In St. Louis, white people run from black people, because black people are very scary, obviously. The day of the After-Christmas-Sales at the St. Louis Galleria (the high-end mall), a bunch of black dudes looted cars in the mall parking lot and it made the nightly news. When I saw this on the television, I got so pissed off when the anchors specified that black males did the stealing. Really? Did they really need to specify the race? What new details does that add to the story, other than turning up the sentiment that You Need To Grab Your Purse When You See Black People? And then there were your average mall goers, saying things on-air like, “The Galleria has become pretty sketchy as of late.” Translation: There are too many damn black people here!

It’s true that there are a lot more black people at The Galleria now than there were several years back, and it’s especially “troublesome” because The Galleria is located in a crisp, very wealthy neighborhood that has long been among the wealthiest in St. Louis. If The Galleria collapses, there goes the neighborhood! And that’s why the mall instituted a policy where if you’re under the age of 16 and in the mall past five p.m., you have to be chaperoned. And that adds to the perception of crime, and to the perception of black people as innate crime doers, which leads to bitchy old white Tea Party ladies like my BFF at Bread Company who cringe at just the sight of black people.

The irony, to me anyway, is that nowadays in most other cities, white people don’t run from black people, but actively take over their neighborhoods. They asses just move right on in! White Flight, as it’s called, was about white people getting the hell out of cities and into the safe bosom of the newly developed suburbs. In New York, white people aren’t afraid to move deep into the hood for a renovated kitchen, hardwood floors, and $1200 rent for a two bedroom plus balcony. You might get mugged on your way home, but it’s a small price to pay for exposed brick and an express train stop! Besides, with the right amount of white people in the hood, it’s only a matter of time before an Organic Grocery/Art Gallery/Coffee Shop pops up.

But in St. Louis, the exact opposite trend is happening. Everything is painfully segregated, and white people keep moving farther and farther away. Downtown St. Louis will never amount to much until the city’s deep-rooted racism is adequately addressed.