Harold Camping predicts the end of the world... again. 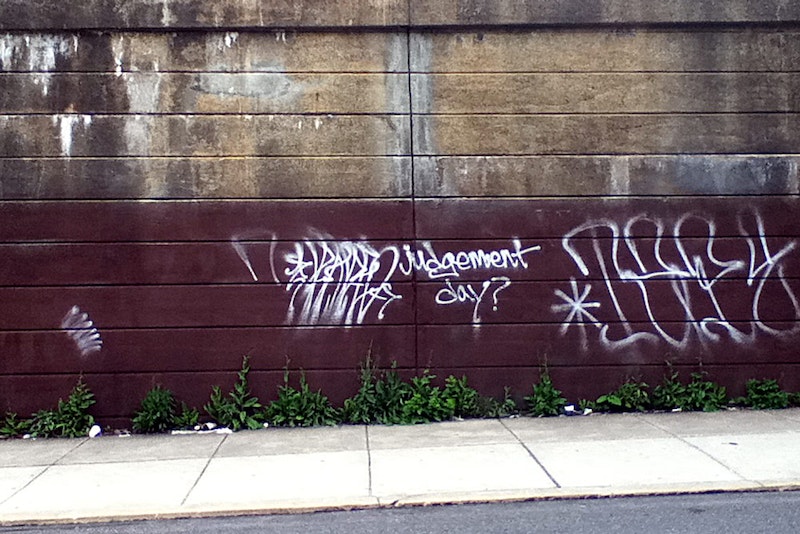 First, no playing “Countdown to Extinction.” It’s the end of the world. Seas are burning, the skies are falling, cats and dogs are living together and gay marriage is the only thing redefining marriage. Joking aside, Oct. 21 is supposed to be the end of the world (again), at least that’s what Harold Camping says. Camping decided his shoddy calculations were off by several months and that the unsaved are going to die horrible, painful, merciless deaths... because God loves us all so much that he wants to end our lives miserably.

This won’t be the last time Camping predicts the end of the world. Until he has a stroke or heart attack, he’ll make the same claims. He was wrong in ‘88 and ‘94, and if he didn’t quit the second time why should anyone expect him to quit after the third? It’s not like they have rehab for this kind of thing. Luckily, his time as a con man of the cloth is running out. He’s not getting any younger or wiser.

If I didn’t already know better I’d have asked Camping if he’d return donations when his proclamation proved wrong again, but his record on that speaks for itself. In his mind, he’s not wrong; he just needs to reschedule. Of course Harry might not have been wrong after all. We might be here on borrowed time thanks to the Macho Man. Maybe we just need to sacrifice wrestlers until God gets the hint that we’re here to stay. If he wants to end the world, he needs to stop creating wrestlers. And Luchadores. Otherwise the world isn’t going anywhere. It can’t be that simple to explain, can it?

Considering how many “end times” predictions have come and gone, it’s safe to say there is no such thing. Perhaps if Camping keeps making predictions every week more and more people will roll their eyes in disbelief, with children asking sharply, “Agaaaaaaaaain?” as though Gangstalicious was just shot, again. Either that or we could all start demanding people like Camping get the same treatment as Gypsy Psychics; getting locked up for their scams and swindles. But I won’t be holding my breath.