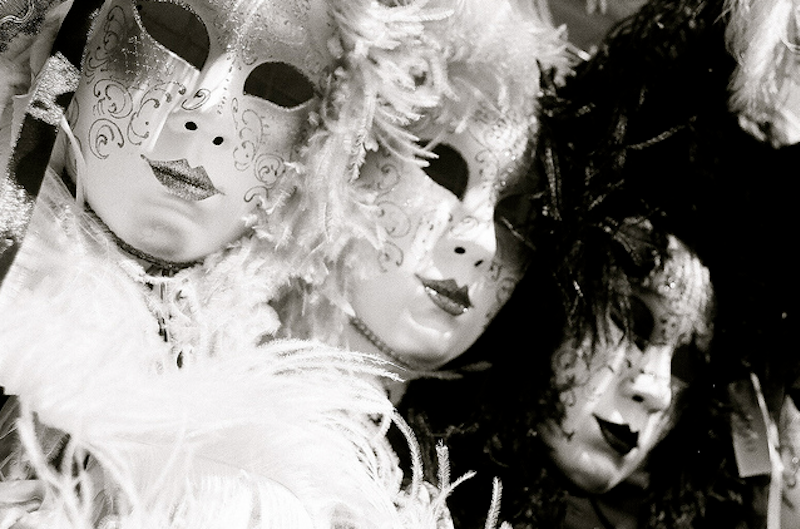 Drew Daniel: I was sort of the sorbet.

John Waters: He didn't know what to say, just stood there.

Daniel: There's a lot of fear of trying anything off message.

Waters: I still think everybody looks better under arrest.

Daniel: You need a good kick drum, you need a cool-sounding snare, you need a tricky hi-hat pattern and some yummy bass line chords.

Waters: Yeah, a party. She'll be sort of a mentally ill debutante with everything monogrammed and yarn in her hair and initialed pocketbooks and scarab bracelets.

Daniel: I did a cover of the Village People's "Macho Man."

Daniel: Yeah, every once in a while. You have to try not to. There's actually a set of spiky-necklace goth kids that like Bjork, so I started to end my sets with this collage of black metal and I would scream in a metal kind of voice.

Waters: Which I thought was really a brilliant idea. She always has deposit slips with her, and she autographs them on the back.

Daniel: It furnishes a boutique.

Waters: The favorite one I ever got was from someone and the only credit they listed was that they played the Easter Bunny in the high school play.

Daniel: You have to cling to a certain amount of that to avoid getting sucked into the world of discourse.

Waters: There was a whole part where the Marbles snuck into the trailer and broke raw eggs all over Edie, and hung a tire swing in Divine's room and said, "Here, baboon, swing on this."

Daniel: It is kind of internally confused and that's what makes it exciting.

Waters: They stood up and put up their arms like they were on the cross and said, "Don't you know who we are, on the cross?" The best was when, I think it was Malibu Brenda was on the stand. They said, "Have you ever killed for Manson?" and she slowly looked over at the jury and said, "Not yet." The jury was all, like, women with barrel curls, you know. They were just appalled.