Our nation's current woes may cause an uptick in depressive cases and, hopefully, a realignment of our perceptions of this illness. 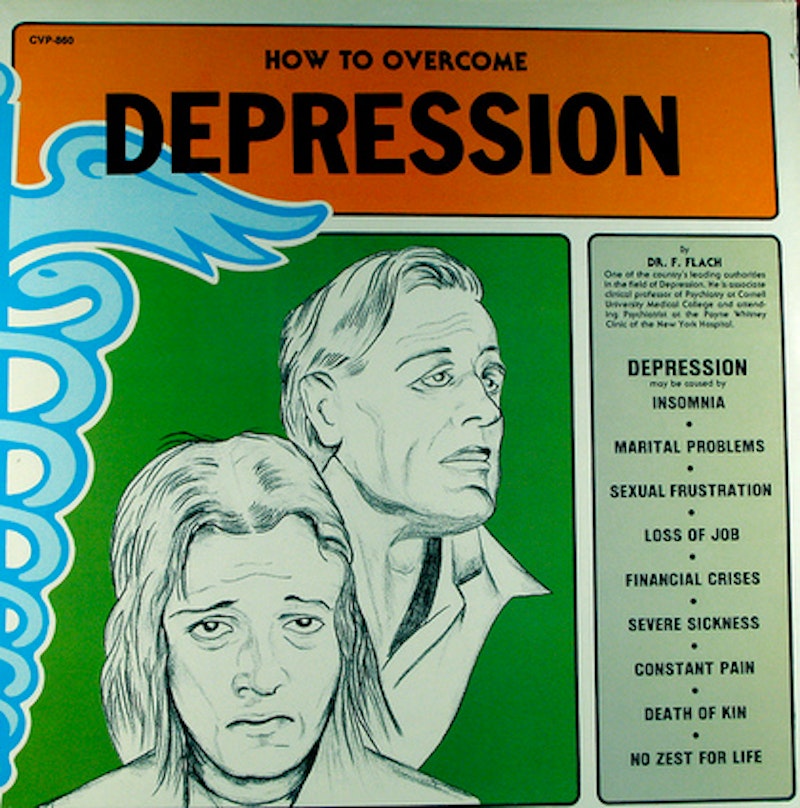 There are two sides to depression. One is what you see in television commercials, where a white circle with a frowning face slumps across the screen. He is isolated, alone. Or perhaps it is a woman, huddled in the corner of a couch, her arms wrapped tightly around a pillow, her face forlorn and gloomy. “Depression hurts,” a voiceover says, before offering one of a nearly endless selection of drugs designed to help numb that pain. It’s something everyone pictures when they think about depression: tears, sorrow, hopelessness, despair, pain and misery.

It’s a side I remember from middle school and early high school when sadness apropos of nothing in my life would settle over me and seep into my skin, nestle deep within my bones. It was like extra weight that I carried around each day, so that by the time I got home I was exhausted. My muscles ached, my eyes stung from holding back tears. My joints felt rickety and old. I would collapse into bed at three p.m., pull the covers over my head and sleep inside my makeshift cave, awaking periodically to sob into my pillow, until my mom forced me to get up and eat some dinner. I spent weeks at a time feeling lost to desperation. Each day felt like a struggle to survive, a constant battle to keep up appearances and avoid breaking down at school. The pain I felt on a daily basis was so intense that even now I’m unsure how to describe it in a way that would do justice to my ability to persevere.

After a while though—a month, maybe more—the pain would fade into a dulled numbness that throbbed inside of me with the regularity of a heartbeat. This is the other side of depression. The side you don’t see in commercials with muted color palettes and sympathetic voiceovers. If you stay depressed for long enough, the depression starts to feel good, comforting even. You can’t help but sink down into it and just let it wash over you. Depression becomes a puppet master and instead of an insufferable struggle to make it through a day without collapsing into tears, life becomes about little more than simply going through the motions and depression guides you through. It’s like existing without really existing. You become a shadow, the outline of a human form without any of the substance. In a life that before felt confusing and in turmoil, depression becomes a constant, a reliable companion. You reach a point where you no longer care about feeling better, because it just feels so good to be sad.

I predict that the face of depression, so to speak, will increasingly resemble this other side of the illness. The U.S. unemployment rate is increasing; as are economic and financial instability. Losing your job, having your home foreclosed, crippling debt, an unpredictable future, even an intense dissatisfaction with the social and politic climate of our nation could all legitimately precipitate a depressive episode. It’s not a huge leap to assume that most Americans have experienced feelings of hopelessness or despair in the last eight years. Couple those feelings with sudden unemployment or a personal financial crisis and depression becomes all too possible; sorrow and despair are reasonable reactions to such personal hardships.

Luckily, perhaps, financial struggles necessitate a sort of proactive approach that is not conducive to any long-term sense of helplessness or despair. When you have to worry about simply having a place to sleep, you can’t waste time with the blankets pulled over your head. But the longer people remain without work, the more difficult it becomes to afford basic necessities, and the more possible depression becomes. You can only struggle so hard for so long before the struggle becomes too much and hopelessness takes over. And then what’s to stop people from settling into it? It seems logical that after a while—when you search and search but fail to find a job, or when your financial troubles seem insurmountable in your lifetime—a dull numbness might set in and rather than fighting the helplessness you feel, it’s easier and more comfortable to succumb to it. Stop looking for work. Stop worrying. Stop fighting. It may not be depression in the clinical sense and it may not be the side we’re used to seeing on TV and in movies. It’s a depression that masks itself as laziness or hollowness. A depression that we’re more likely to sneer at than identify with ourselves. This is the kind of depression that I fear will become the most prevalent in our society—a kind you don’t personally want to fix, because it feels too comfortable and a kind other people don’t recognize and thus cannot fix for you.

I went on antidepressants for a period of time in high school and combined them with short-lived psychotherapy. That’s the benefit of having health insurance and well-informed parents: you get the help you need, help that too many Americans will never have access to. I threw myself into understanding depression. I read memoirs and essays. I did projects about depression, made short films. I studied it intensely in college. I wanted to learn how depression interacts with art and writing, how it informs literature, how it manifests itself in different ways in different people. I was determined to figure out how I could manage my own recurring depression without the aid of pharmaceuticals or clinicians. I’m no expert, but have learned a lot and here’s the one thing I know for sure: depression is a type of suffering, and even though that suffering can have the comfort of a routine, it’s suffering all the same. Our nation is struggling and unemployment and financial hardship have become increasingly common facts of life. It’s incredibly sad and not at all comforting.