Reading the Times’ Fashion Section Is a Trip

And it’s one I won’t repeat. 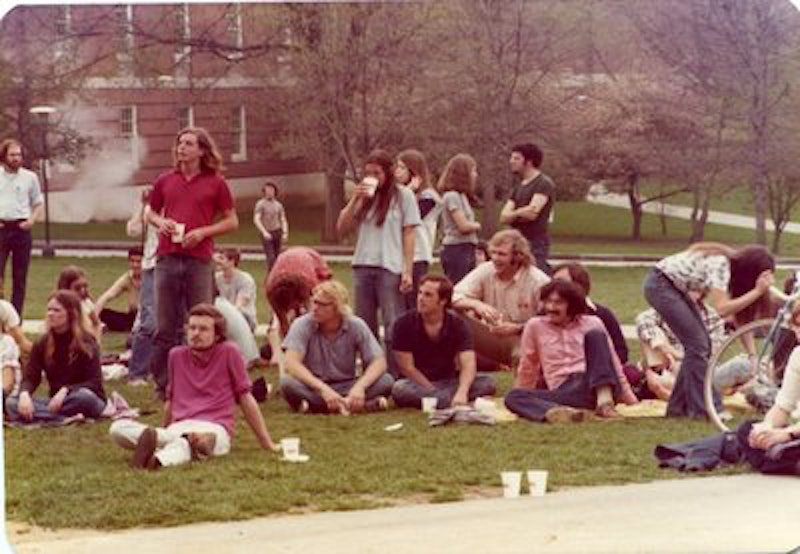 After retrieving The Wall Street Journal and New York Times from the front lawn each morning, I scan the headlines, save the Journal, and leave the Times sections that my wife looks at in the kitchen, although her main interest is, like many subscribers’, the crossword puzzle. I noticed a headline on last Thursday’s weekly “Fashion & Style” section—which I never read—that momentarily piqued some interest: “The ‘70s Are Back in Fashion. Again.” I fully understand that the Times—like any remaining daily—uses its zipcode-centric fluff sections as revenue-drivers (such as print revenue is) and the contradiction between the euphoria over $10,000 dresses and $600 restaurant meals with the paper’s left-wing editorial views is just part of media’s reality.

Too bad the writing is so atrocious (no pass given to the op-ed columnists) and, pardon me, scrumptious. I won’t go so far as my longtime friend Taki, who recently wrote in The Spectator that he’d rather “soil his trousers” than read the Times, but that’s not a rash assessment. Fashion reporter Ruth La Ferla is in full gear while describing—probably not for the first time, though, as I said, I’m not a regular in this particular Times wasteland—designers mining nostalgia for the 70s to create new lines of clothing and accessories to boost their sales. The story gets very rich right from the start, when the reporter records an innocuous quote from Bebe Buell, “a singer and onetime habitué of that fabled hipster magnet Max’s Kansas City.” Hipster magnet? You’d be laughed out of a conversation using that phrase in the 70s.

La Ferla goes on, writing that the style of that era was a “tangy stew” and “Fashion in that showily dissolute decade was silky and caressing, silhouettes fluid and bras a relic of a straitjacketed past.” More: “At the peak of that period, [that was] exalted in the popular mind as all that was kicky, inventive and louche,” as though anyone knows what she’s talking about. Although the “kicky” garb, which was thought to peak in ’73, featured patterns that repeat over and over to this day. Mentioning Rebecca Arnold, a fashion historian in London who keeps track of this ephemera, the “aesthetic mash-up” from the 70s, including, in Arnold’s words, “sophisticated pantsuits” and “bohemianisms,” La Ferla reports there’s a lot of money to be made from affluent shoppers either trying to feel young again or twentysomethings looking for a new fashion “catnip.” “And that’s to say nothing,” she continues, “of the slippery fabrics, folksy embroideries, jumpsuits and swingy little dresses that might have been at home amid the glitter and grit of Studio 54.”

This is a rarefied world, and since I didn’t keep up with such trends in the 70s and didn’t read the magazines that celebrated (and shamelessly plugged its advertisers) “swingy” frocks, I’m on thin ice. However. Take a poll of people still around from the 70s, and what they remember about the clothes, and there’s a different story to be told. For example, who can forget the garish Love Boat-style leisure suits that men (including one of my uncles) bought for fancy occasions? And ties that were so loud and wide that looking at a photo from that period makes you think of Halloween. I remember clogs and ridiculously flared jeans, but mostly, at least among the people of my acquaintance (look at the picture above from ’74), it was jeans, Frye boots and t-shirts, like the previous decade, with perhaps a flourish like a pair of huaraches.

Well, skip it. I didn’t go to Studio 54 and never even peeked inside the boutiques that sold the kind of garb that La Ferla describes. This much I know: I won’t read the Times’ “Fashion & Style” section again. The wacky and louche prose is just too much, and I sure don’t want to soil my drawers.