How will American pop culture recover from half a decade—or more—of Trump fixation? 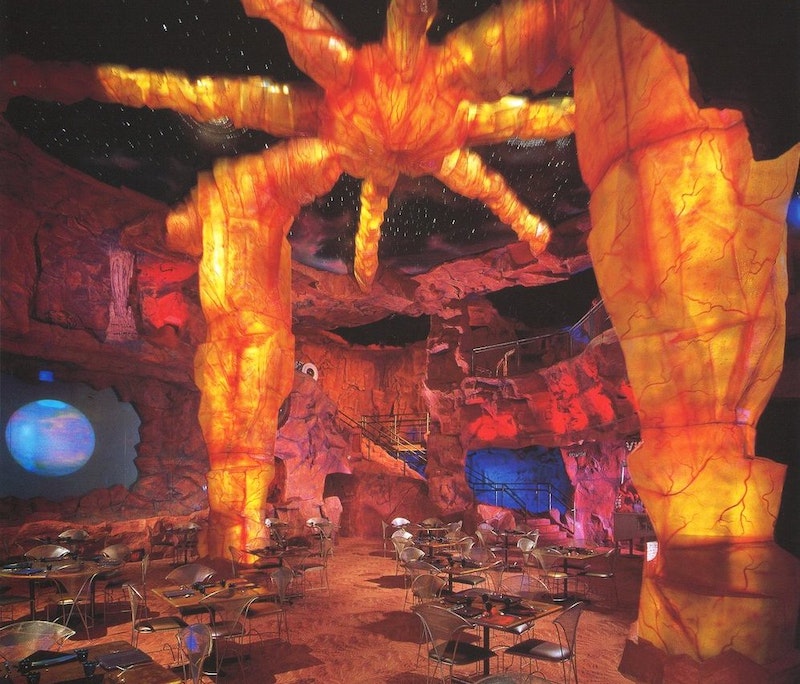 Flashbacks to 2016 and 2004 abound now that most of the American media—corporate and independent—are playing house with cabinet members of the incoming Joe Biden administration. The only word to describe the first presidential debate is “Roman.” As I wrote at the time, we’re in the Coliseum now, and it’s going to be hard for the country to claw itself out of the mania, derangement, and consistent pitch of anxiety and rage that Donald Trump has maintained for our pleasure for half a decade now.

But there was hardly any time to talk about the larger significance of that debate due to the President’s positive COVID-19 diagnosis just two nights later. The reaction was so negative in those two days that the next two debates were called into question: what was the point? Two old, belligerent men screaming at each other for the duration of a feature film… sounds good to me! Haven’t you seen Mikey and Nicky? Just get a mobile camera crew and track Trump and Biden along 5th Ave., or the Alameda here in Baltimore. Why not? What’s the worst that could happen? No president has ever been injured or killed in public—and that’s a fact.

The simple, obviating power of confidently stating a lie is the spine of all politics, and Trump brings it out like a blister. Assuming Biden is elected, who’s going to give the public their come down? If another stimulus check isn’t coming, a quart of vodka and a carton of Xanax bars sure isn’t. The safe bet is that people at large check out of the news, check out of paying attention to politics, and they’ll thank Biden, and praise Kamala Harris, for finally “allowing” them not to pay attention.

How else to explain the infantile demands to cancel further debates and cut Trump’s mic? Or Rachel Maddow’s histrionic and completely unprofessional handoff last Wednesday, when she said with the smugness of 1000 Rhodes Scholars: “Well, that happened. Let me remind you what you just saw was a production of NBC News. We are MSNBC, we did not produce that event, we simulcast it here along with CNBC.”

Thank you, Rachel. Let us know when the shuttle lands.

But I don’t want to talk about the election anymore. It’ll be over soon, and if Trump wins, pop culture will not change from its current pitch of constant crisis. If you think The Comey Role is bad, or if you think Saturday Night Live has already hit bedrock beyond the barrel, prepare for the possibility of four more years of close to zero worthwhile cultural export from the United States. Trump has a psychic hold on liberals responsible for the majority of what this country produces: content.

While MSNBC anchors and Roland Park bluebloods have been cultivating new hobbies, practicing self-care, and waking up in the middle of the night screaming, dreaming of a second Trump term, their precious hoi polloi have kept working. It’s amazing to me how many able-bodied people are still having their groceries delivered, as if going to Whole Foods is hazardous. Walking and driving through Baltimore’s tonier neighborhoods, everyone is wearing a mask, despite being completely alone on their little walks. That’s an extreme overreaction that never would’ve occurred under George W. Bush or Barack Obama: Trump remains so primary color repulsive, that people respond in kind, just like him, just like fucking babies!

This tweet, by @brotherbeat, says it all: “The pandemic exposed that the best paid part of our economy is make work. We don't manufacture anything except victimization and symbolic problems bc existing problems don't center them. That's why this moment is white supremacy even w half the country on the brink.” As Wolf Blitzer deadpanned to Nancy Pelosi last week, breaking character, “I see people every day begging for money and begging for food,” and the national media is fixated on supposed white supremacist cells that could spring to action at a moment’s notice. Sound familiar?

Matt Christman, on his “CushVlog,” summed up the ridiculous story of the supposedly “foiled” plot to kidnap Michigan Gov. Gretchen Whitmer and leave her in a boat in the middle of a lake: “If these guys were Muslim, would anyone take this shit seriously for a second? This is the exact same playbook that the FBI ran for a decade against terrorism, which people don’t care about anymore, which is hilarious, and so what’s the new social anxiety...the enemy is within!”

Be afraid, be afraid, be afraid—and feel guilty. Guilt, guilt, guilt: because that’s all these media scumbags feel. They’re restless and angry because they have no function. People that actually have money problems don’t have time to listen to Rachel drone on and on about Russian diplomats, Rudy Giuliani, and the unspeakable evil of Trump’s presidency, which—besides his indisputable coronavirus body count—basically amounts to him being rude. Not even cruel, rude—another refrain in this “return to normal” nonsense has been the idea that politicians and presidents should remain on the side, out of sight out of mind, conducting their truly evil operations all over the world with impunity. The open acknowledgment of a failed coup attempt in Venezuela just last year should destroy the illusion that the Democrats are any less venal or bloodthirsty than their red, red, red “friends on the other side of the aisle.”

Over the weekend, I began work on a music video for the band Period Bomb. They’re fantastic, and I was lucky enough to see members of the equally fantastic Bleeders (of Reading, PA) again for the first time in two years—they’re the centerpiece of my short Asheville Soundcheck. We worked for a while, all masked and busy, but there was no talk of practice, or performance, or the future of live music. With any luck, I’ll be able to shoot a full show with both bands in a barn sometime early next year, but that will still be ad-hoc, a temporary state of creation. There was no time for idle talk or speculation, but I’m wary of asking any musician what they’re thinking right now. I’m worried. Besides uncertainty about how skittish people will be once the pandemic is over, what will there be to sing, scream, and thrash about?

You’d think there’s an abundance of material, but if the last five years have shown us anything about our pop culture (and underground culture, to be honest), it’s that it’s just as anemic and rudderless as major Hollywood studios and cable news networks. It’s not for lack of talent—as I said, Bleeders and Period Bomb are two of the most thrilling and vital bands on the East coast—but there’s no more money in the basements, or the warehouses, or the clubs and VFW halls where underground culture thrived through George W. Bush’s administration. Artists can’t sell hand-painted tour CD-R’s for $5-$10 at a show anymore, and they can’t afford to get vinyl pressed.

Dopamine producers were redistributed to the home, so it’s no surprise people that could work from home adjusted fairly quickly to it. By late May, the bone-bleached panic of the novel coronavirus ebbed, and the murder of George Floyd in Minneapolis finally gave certain people something to do, social distancing and risk be damned. No major outbreaks or “superspreader” events came out of the summer-long protests, which begs several questions about COVID-19. I realize that liberal and leftist protestors are largely masked up and sanitized, but we’ve seen the footage of the protests all over the country, and they are cheek-to-jowl. Whatever happened to “viral load”?

Maybe if Biden wins, the virus will go away. I feel like that’s the promise of the campaign at a certain level, even if the “return to normal” has been a rallying cry since November 2016. Let’s say the vaccine comes and we get a global deus ex machina for all of our troubles. Wave the wand and see everything open back up by spring or summer 2021. Tentpole films like No Time to Die, Wonder Woman 1984, and Black Widow keep getting pushed back, but studios assure us that we’ll be able to see these movies in theaters next year. I even got a note in the mail from my high school, reminding me of the 10-year-reunion coming up next spring. “Whether or not we’ll be able to gather together in person, or online, it’s sure to be a memorable weekend!” I’m sure it will. Have fun.

Artists have always been insects of society, and those with anything worthwhile to say will not be supported by conglomerate corporations or hectoring liberals who’ve burrowed so deep into the sand that they’ve inadvertently started preaching race science and advocating for segregated housing facilities on college campuses, as well as suspiciously specific classifications for what race you may be.

If these organizations didn’t wield as much influence and hold as much money as they do, they’d be nothing more than a living Dan Nainan joke, but unfortunately, idiots like Ida B. Wells, Nathan J. Robinson, and Rachel Maddow are given free reign to argue that all white people are imbued with a racist “original sin,” a perverse Protestant expression of self-hate and guilt over the uselessness and meaninglessness that defines their lives. While they are lashing themselves, I’ll keep working, and I’ll make sure that American art and pop culture isn’t as fucking flaccid as it has been for so long. This decade can’t suck—who wants to live in the Boring ‘20s?