How much of yourself do you set aside when you start a family? 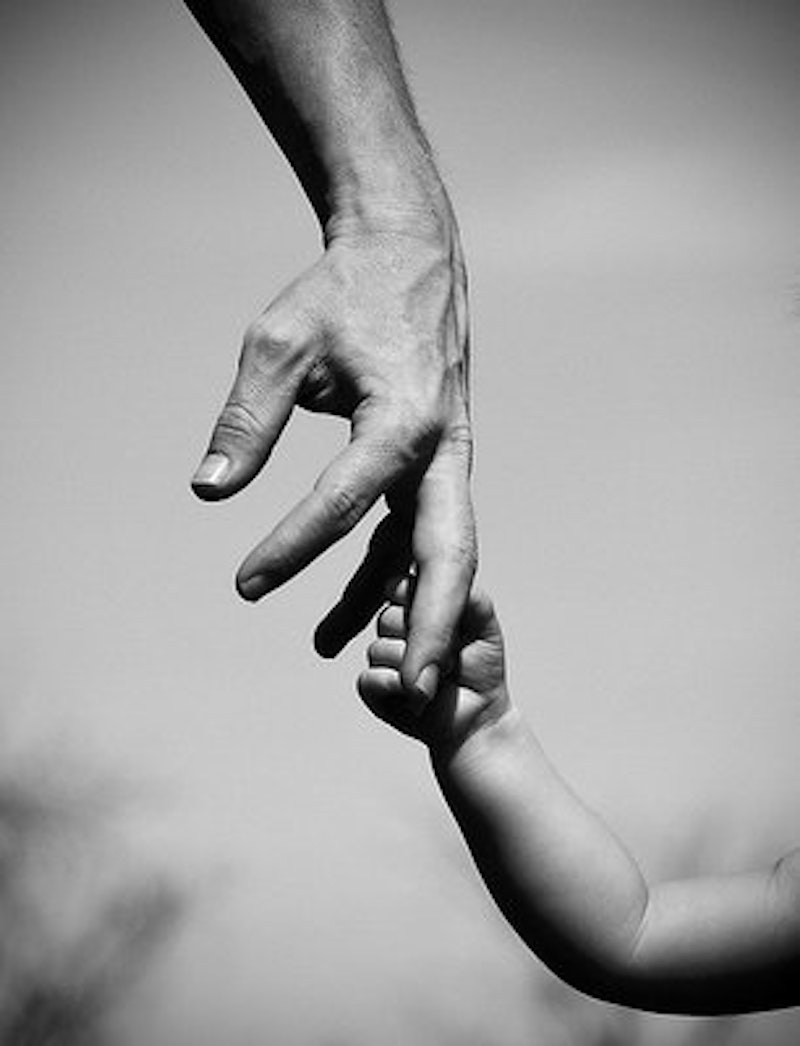 People often ask if I ever plan on having kids. Well not like anybody people. More like family people. Everyone in my family had children really young, including my mom, so it’s like there’s an expectation that I’m going to start popping out babies soon. Whenever somebody asks me about it, the answer I always give is that I’m just too focused on my career to be thinking about “that.” Technically I’m old enough to have a baby or five right now, but I’m not really all that interested because I’m way too self-absorbed slash wishy-washy to commit to being responsible for another human being for the rest of my life. Sometimes I can’t even settle on an outfit in the morning. I can’t commit to a kid!

The other day my cousin told me that her goal was to settle down and have a kid within the next two to three years. Really? My goals are to sell lots of books, get a TV show, get over my fear of flying, and to have lunch with RuPaul. And that’s just the next three years. I fully support people’s decisions just so long as they aren’t hurting anybody. I wasn’t trying to be mean, but I kind of rolled my eyes. I don’t really understand how getting married and having a baby is a life goal, especially for someone so young with unlimited potential. How much of yourself do you set aside when you choose to start a family?

It’s not that I don’t value family. I do. I love my real family and my friend-family. But there’s much I want to do, and it just seems like when you have a baby, you put your own life on hold for this other being. That’s a beautiful thing to do, but I don’t think I have that gene. Not every person has that capability, even though society says that the next stage of life is to have kids and start your own family.

Why are we having kids at such a young age? There is life to be had, cocktails to be downed, traveling to do, important people to sleep with. I know not everybody values these things, and even I don’t value them that much. Nobody stays young forever, unless you have some kind of diabolical black market youth-inducing potion. But if you ask me, we need to take care of ourselves before we rush out and take care of somebody else. That’s just the way I see it.

Sometimes I do want a kid. She or he would have a fabulous name and we would go to FAO Schwarz and I’d raise them in New York City and send them to Dalton and teach them things and I really think it’d be fun to leave my influence on them. But you know what? I’d adopt someone who was like a minimum of five years old and I’d wait until I was like 40ish. At 40 you’re still hot and fabulous—well, as long as you’ve been exfoliating during the previous 20 years—and you’ve lived a full life of drugs and orgies that you can tell your kid about. By that time I’d hope to have tenure at some university, and maybe my kid could go to that school for free.

Do you see where I’m going with this? Part of the reason I’d want to wait so long is that I wouldn’t do it until I knew I was established enough to send the child to the best schools, summer camps, piano teachers or whatever it is he or she wanted to do. My grandmother struggled to give me the childhood I had. After raising five of her own kids she shouldn’t have had to raise her grandson, too. But she did. My own mother, who had me at a young age, decided she didn’t really want me, so she tossed me aside for a while.

And that’s what I mean. It’s not fair to bring a kid into the world if you can barely take care of yourself. Then you’re both suffering.