Our Fucked Up Sex, Drugs and Rock & Roll Worship 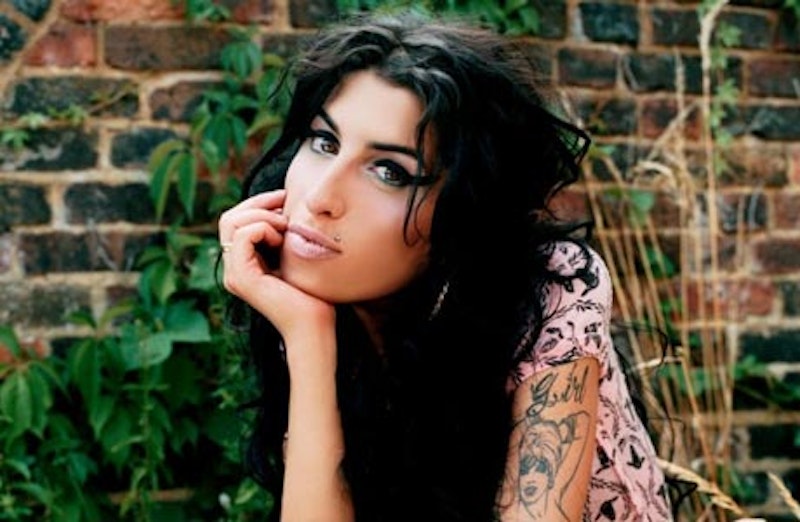 Until this past weekend, I hadn't heard a word about Amy Winehouse for the past five years, which is why I was so surprised at the outpouring of grief from the celebrity community over her death on Saturday. Celebrities appear to the rest of the world as a sort of family or club. They work together, play music together, appear at all the same social events, galas and awards shows. We like to assume that they care for each other and are part of some unspoken fellowship that we will never experience. So when celebrities die, other celebrities feel an obligation to express their sorrow and mourn the death of a fellow member. For the most part, these sound bites or Twitter posts are relatively plastic, more of a calculated act of condolence than an actual expression of grief. This was ironic with Winehouse, because it represented a sharp shift in the exclusively negative attention that had been poured upon her by the media throughout most of her career.

Until her death, Winehouse had been neglected and left to wither away in her downward spiral of drug and alcohol abuse, with only occasional mentions in the tabloids on her latest drunken spill onstage. Since her last album in 2006, she was famous for her vices, not music. As Russell Brand (a close friend of Winehouse and former addict) said in a surprisingly heartfelt and sincere eulogy for his friend:

Our media though is more interested in tragedy than talent, so the ink began to defect from praising her gift to chronicling her downfall. The destructive personal relationships, the blood-soaked ballet slippers, the aborted shows, that YouTube madness with the baby mice. In the public perception this ephemeral tittle-tattle replaced her timeless talent. This and her manner in our occasional meetings brought home to me the severity of her condition.
Death has a way of wiping the slate clean. While it wasn’t unmentioned in the press coverage following Winehouse's death, her self-destructive behavior seemed to take a backseat in the magazine and blog articles that chronicled her career, focusing instead on her music, her voice, and the impact she made on the music world.

This reaction seems to make sense, and it's not necessarily a bad thing. Nobody likes to talk about a person's problems during their funeral, even if those issues are that person's downfall. In this regard, Winehouse's death is very similar to that of Michael Jackson. When Jackson died, the media focused on his presence as an icon and revolutionary in musical history. There was little to no mention of his multiple accusations of child sexual abuse, self-mutilating plastic surgery, obvious psychological disorders, or dangling of his son over a balcony in Germany. Jackson was portrayed as a legend and an icon; everyone seemed to forget that in reality, he was a deeply-troubled individual with potentially significant mental illness.

In the aftermath of Winehouse's death, it appears that her case is no different. Her death gains her entrance to Club 27, the group of famous and talented musicians who all passed away at the young age of 27. She gains membership with Brian Jones of the Rolling Stones, who drowned in a swimming pool with a heart and liver enlarged by drug and alcohol abuse; Jimi Hendrix, who asphyxiated on his own vomit following a lethal combination of wine and sleeping pills; Janis Joplin, who overdosed on heroin; Jim Morrison, who met his end by heart failure of an unidentified source following years of almost maniacal addiction; and Kurt Cobain, who suffered from severe depression and drug and alcohol abuse that eventually led to him blowing his face away with a shotgun. Looking back on the troubles these individuals faced makes it seem like a grim group, however, they are not remembered as so. They are canonized as rock stars who lived the prototypical lifestyle embodied in their profession. They lived fast, died young and are remembered as symbols of that lifestyle rather than as human beings with actual problems.

By choosing to turn a blind eye to Amy Winehouse's struggles and drowning her addictions in the glitz and glamour of fame, the media is passing up on a perfect opportunity to educate the public on mental illness and the severe consequences of drug and alcohol abuse. One only has to compare pictures of Winehouse in 2004 and 2008 to visualize the significant damage that she did to her body and mind in the span of four years. If the media continues to treat celebrities as part of a world entirely separate from the rest of society, these actual problems and the consequences of those problems become muted and fictionalized. In Brand's article on Winehouse, he said, “Some people just get the affliction. All we can do is adapt the way we view this condition, not as a crime or a romantic affectation but as a disease that will kill.” The romanticism of the rock and roll lifestyle, the decadent drug and booze-fueled crazy train that has continued from Studio 54 to Axl Rose's vomit-stained heroin den is nothing more than a mirage over a very dangerous and deadly lifestyle, because when the show is over, all that remains are human beings killing themselves for our entertainment.