A pair of books fails to shed enough light on the alt rock icons. 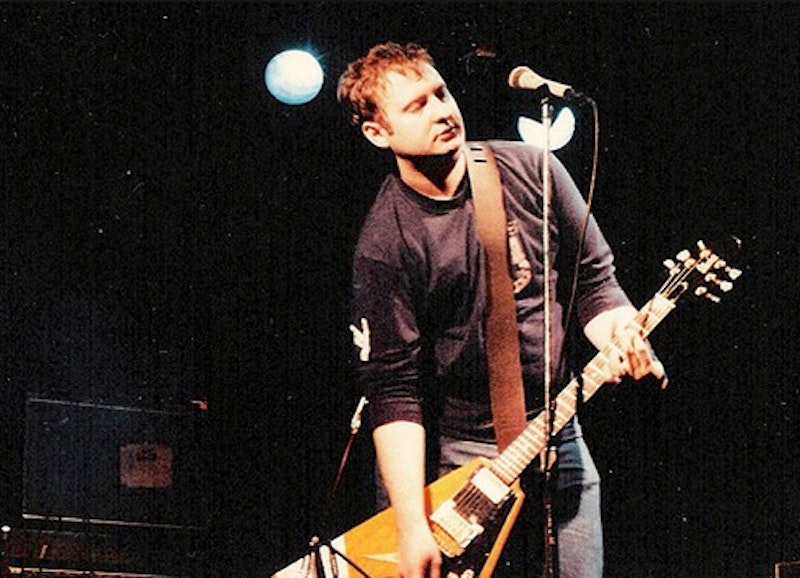 Even in its 1980s heyday, the true nature of Hüsker Dü was always tough to pigeonhole. Were its three members most at home as the faster-than-anyone-else thrash act of Land Speed Record? The sprawling punk conceptualists of Zen Arcade? The psychedelic pop rockers of Warehouse? And did a heroin addiction really cause it all to go up in smoke just as the grunge era was about to begin?

Bob Mould’s new autobiography, See a Little Light, and Andrew Earles’ Hüsker Dü: The Story of the Noise-Pop Pioneers Who Launched Modern Rock wrestle these and other questions more or less to a draw. Neither is entirely successful on its own; even combined, there’s a frustrating sense of incompleteness.

Let’s consider Earles’ tome, with its clumsily hyperbolic subtitle, first. Though the author—an occasional music journalist and “humorist,” according to the back of the book, though there aren’t many intentional laughs to be had—freely admits he wasn’t around when his book’s events took place, he explains in a self-righteous intro that he’s finally going to set the record straight on the misconceptions about the band, as apparently everyone else who’s tried to write about it always gets the facts wrong.

Oh, and, um, he’ll be doing so without the cooperation of singer/guitarist/composer Mould, since he’s doing his own book. Light is co-written by Michael Azzerad, the Rolling Stone writer whose overrated indie rock chronicle Our Band Could Be Your Life in a sense birthed both of these works. This fact bugs Earles to no end, as he frequently points out the shortcomings or misperceptions he finds Our Band guilty of.

This also leaves him relying on the notoriously unreliable singer/drummer/composer Grant Hart for much of his inside info. (Bassist Greg Norton, who’s dismissed as essentially a hanger-on by Mould, also gets his say.) An inordinate amount of time is spent talking up other, mostly long-forgotten (many justifiably so) contemporary acts; anecdotes are repeated; and Earles’ critical acumen finds him calling studio valedictory Warehouse “a low point” before deciding it’s “largely underrated and essential” in one of his copious appendices. He’s also probably the only person who’s listened to most of Hart’s solo output more than once—and that probably includes Hart himself.

Mould’s effort rings truer, although his early declaration that he’s not out to settle scores should be taken with a few doses of salt; turns out Norton’s parts were replaced on much of Warehouse, and his continued dislike of Hart culminates in a description of the “chunky, reddish puke” his onetime bandmate left behind after their last encounter, in 2004.

While there’s lots of details about his Hüsker days—notwithstanding his claim of not remembering much about the sessions surrounding the band’s crowning achievement, Zen Arcade—Mould is determined to tell his entire life’s story here, which means that Hüsker Dü, which ended in 1988, makes up only about a third of the book. This has caused complaints from some reviewers and the Hüsker faithful, but does leave room for ample discussion of his post- Hüsker career, which has resulted in the sometimes ferocious but little-missed Sugar and his varied solo adventures.

It also allows plenty of room for Mould to discuss his burgeoning homosexuality. Claiming to have self-identified as a homosexual at age five, Mould details how he kept a tight lid on the topic until the infamous 1994 Spin “I’m not a freak” interview. Even then it took him some time to fully embrace his sexuality, to the point where he’s now a completely out and proud member of the bear community.

Mould’s found an unlikely late career as dance music DJ and electronica purveyor. He’s a little easier on his flat-footed 2002 effort Modulate than he needs to be, though he does make a fairly strong case that it was an important step to his more convincing LoudBomb album and “Blowoff” DJ parties.

Still, Hüsker Dü will always haunt his life whether he likes it or not. And, as Earles has it, a definitive book about the band itself has yet to be written. For now, these will just have to dü.