Art for anarchists, per Todd Seavey. 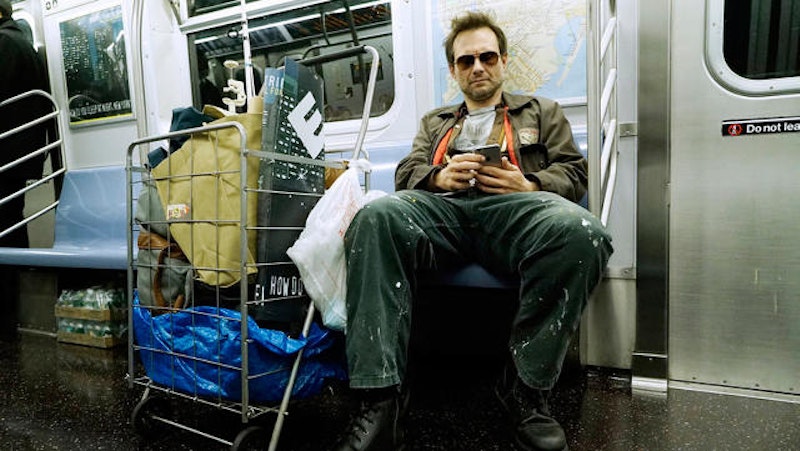 If the stock market does plunge downward again and history’s any guide, you’ll be seeking as much entertainment as you can afford, to get your mind off reality. But a mix of entertainment and bracing anarchist realism is always an option. The Dadaists knew it, and you know it. Toward that end, five random recommendations:

Movies: It’s a long wait until the holiday film season now that summer’s fading. That new Fantastic Four movie that did so badly wasn’t completely horrible, by the way, but it’s plain the director, poor Josh Trank, was aiming to repeat the quiet, slow, realistic build-up depicted in his other movie about superhumans, Chronicle, but it just didn’t work as well when applied to Marvel characters for whom we have such big, colorful expectations.

TV: Christian Slater plays the eponymous/pseudonymous Mr. Robot, leader of a cell of hacker anarchists, on one of the best series around right now. Its first episode featured him explaining his plot to smash global markets as well, inspired partly by his belief (more an anarcho-capitalist one than a left-anarchist one, intriguingly) that money has been a meaningless abstraction since we went off the gold standard anyway. Tonight at 10 on USA is the finale of the 10-episode season. Watch it and your stocks in tandem!

Different as such phenomena may appear to the untrained eye, maybe what’s emerging, from Trump to Anonymous, is a powerful anti-establishment consensus (more than a narrow right, left, libertarian, or anarchist consensus). I can work with that and sometimes feel as if I’ve been menaced by Evil Corp myself a couple times, much as I love markets.

Music: Anyone of an anarchic bent is obliged to like independent musicians, so I can’t call this column “Onward, Christian Slater” without noting Bert Susanka’s great instrumental by that title.

Talk Radio: If you want a combo of music and me being interviewed about libertarianism and about UFOs (whatever they might be), and who wouldn’t, you can listen to this strange past episode of Jim Melloan’s Radio Free Brooklyn show.

Literature: And if all this leaves you feeling like someone who can see, truly see, for the first time in a world of people who believe you are blind—and who are out to get you—you’re like the main character in Death in the Eye, the first mystery novel by another libertarian friend of mine, Clay Waters.

You’ll notice from old entries on my blog I seem to know many writers, but only one (so far) has written a crime thriller about a blind woman who survives an attempted murder and secretly gains the ability to see in the process, thereafter feigning continued blindness to solve the crime on her own.