Every winter for the past ten years John Dyer has grown a beard and, just like a spring snowmelt from the mountains, carefully trims the facial hair when the weather warms up. He collects styles like trading cards. You can decide whether he has too much time on his hands or not. 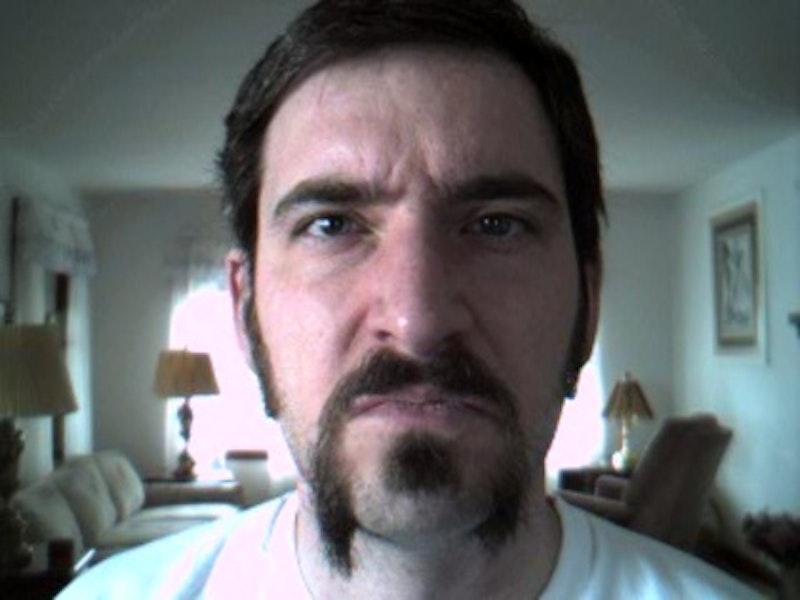 A full beard where the upper lip is shaved clean, but the connectors from the beard to the mustache are left in tact. Popularized by Klingon characters from the Star Trek series.

A mustache with hair only in the center of the lip that generally extends no further than the width of the nose. Made famous by Charlie Chaplin and thrown out of favor by Adolf Hitler.

A mustache that grows from… Come on, man. You have too many bits. You can’t really grow this.