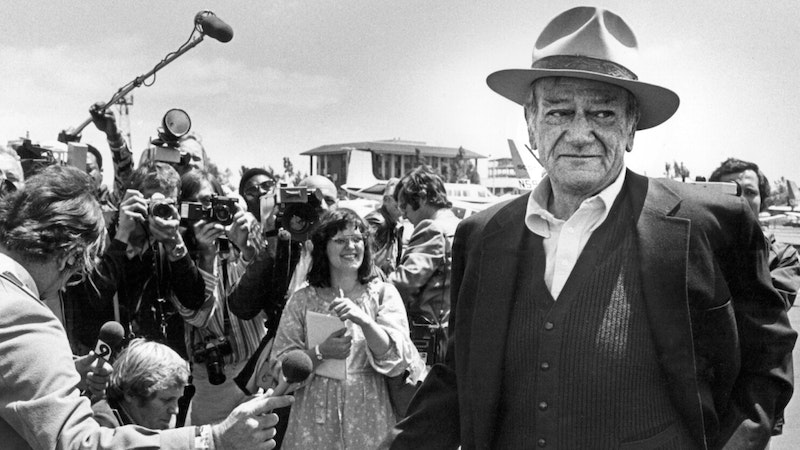 Miles Davis: You got to understand, man. They’ve been doing that for years.

Wayne: Well, there's always a little truth in everything you hear.

Davis: Ah, but you couldn’t hear it. If I go to hear someone, I'm at their mercy.

Davis: Americans don't like any form of art, man. All they like to do is make money.

Wayne: They’re in it for the buck. But haven’t we got enough of that in real life?

Davis: Everybody knows that. They lean on notes, you know, when they set a rhythm.

Wayne: Certainly. If anything happened to me now, I have the right amount of insurance.

Davis: I mean, I drive a Ferrari—not to be cute, but because I dig it.

Wayne: Tomorrow—the time that gives a man or a country just one more chance—is just one of many things that I feel are wonderful in life.

Davis: You might as well be dead. It’s been over for quite some time.

Wayne: We’re in the business of magic. All our fairy tales have some kind of violence—the good knight riding to kill the dragon, etc.

Davis: The sales department sells that stuff. It’s like a boxing match.

Wayne: But all in all it’s practically the same.

Davis: Conga drums, and the other drums just played, different sounds. And a guitar.