Jack-Knifing on the Political Highway

To avoid self-contradiction, better to burn out than fade away. 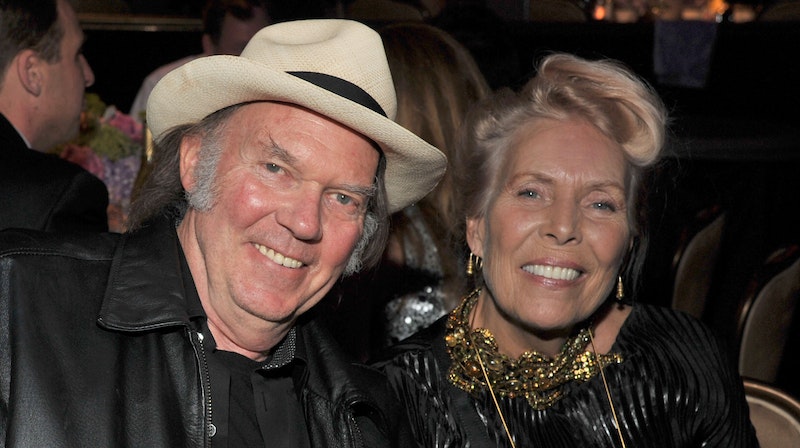 Political activists skip from position to position so rapidly in an effort to stick with their chosen faction, you can end up with a head-spinning case of “learned helplessness” if you try to stand by them. An attitude of apathetic waiting—which is subtly different—may be healthier. Let the activists, including politicized entertainers, tire themselves out careening while you watch.

For example, as Neil Young and Joni Mitchell have proven in the past few days, young New Left rebels will eventually become the old censorious establishment, in the case of those two by trying in vain to convince the streaming service Spotify to silence podcaster Joe Rogan, whose great crime is doing long, quiet, polite, thoughtful, open-minded, easygoing chats with eccentrics of all stripes, even if some of them buck scientific, cultural, or pharmaceutical orthodoxy.

And make no mistake: though Young and Mitchell aren’t using government, only a boycott, to attack Rogan, their anti-intellectual goal is speech-squelching in spirit. They aren’t fighting to debate Rogan, who’d probably be happy to have them on his show, but to decrease the odds of you or anyone else hearing him. Like so much today: technically and legally non-fascist but thoroughly paternalistic in spirit.

But then, Young and Mitchell are both Canadians, so maybe I shouldn’t expect them to grasp the principle of free speech.

For all the complaining we do in the U.S. about encroachments on speech, you’re still unlikely to, say, get hauled before a human rights commission simply for offending some marginalized group, as you can under the law in Canada. I’m reminded once more how many figures in the U.S. who pretend to be “moderating” influences but have stealth-authoritarian, heresy-crushing tendencies are Canadian immigrants such as David Frum or were at least born in Canada like David Brooks. They may not have their centrist hands on the levers of government at the moment, but don’t expect me to trust them to behave like strict libertarians when they do.

There’s a chilling effect north of the border—which makes the rare act of rebellion up there such as this weekend’s anti-regulatory truckers rally a bit exciting, regardless of what you think of the specific policies in play (or the etiquette implications of delaying other motorists).

If establishment-leaning libertarians are tempted to remind me that boycotts are part of the free speech process, I’ll concede you’re correct—and just add that in that case I suppose you wouldn’t mind if the world next boycotts all the people who signed this petition to have Rogan removed from Spotify. I mean, if that’s now the default answer to every intellectual dispute, might as well get to it, right? Can’t have people rationally disagreeing in the very same venue when they could be ousting each other instead.

The greatest reason for optimism about the long-term implications of idiots trying to silence Rogan is that it’s very clear the most attentive and intellectually engaged people increasingly prefer the likes of Rogan—thorough, flexible, intellectually honest, kind—to jerks like, say, Daily Show’s Trevor Noah who (as it’s increasingly easy to discern from a little online searching) rely almost entirely upon context-dropping quick hits and misrepresentation to score their phony intellectual points—not so unlike what goes on the real TV news shows that the Daily Show mimics.

Rogan, in what was considered perfectly conventional liberal fashion just a couple years ago, noted on one show that, ideally, when talking about ethnic matters we would avoid broad, sloppy categories such as “black” and “white” that lump very diverse populations into falsely homogeneous-sounding buckets. If Noah, or any of the deceitful little propagandist writers at the Daily Show, wanted to push back against that suggestion, they could’ve done so simply by saying black and white are still useful categories in many situations.

But that wouldn’t help Noah continue his long-running passive-aggressive propaganda tactic of pretending he’s surrounded by Nazis (here in the U.S., to which he, like the aforementioned Canadians, had the misfortune to come and make lots of money, though in his case from South Africa). So Noah effectively lied, claiming that Rogan favors a sort of “one drop” racial purity test to decide who’s black and who’s white. Presto, the open-minded liberal (pot-smoking, Bernie-supporting) podcast host Rogan who was trying to draw attention to diversity is transmogrified into a Nazi—at least in the minds of those who aren’t paying close attention, or aren’t paying attention to much besides the Daily Show, which probably describes most of the Daily Show audience.

I don’t think it’s coincidence that Noah, like Daily Show alum Stephen Colbert, looks miserable most of the time while delivering his grim “jokes.” Both men know that what they’re doing is soulless propaganda—and worse, it’s not good comedy. They must retain enough of their old professional instincts to know that’s an artistic crime. Like their captive studio audiences, they may no longer know the joy of spontaneous laughter, but just as the audience knows how to laugh on command, the hosts know how to give the occasional rictus grin or cold smirk, assuring us they’re still in command, even if the mission is joyless and dishonest.

I admit Canadian import SCTV was a lot more fun—but then, I’m not the one who wants anything banned or turned back at the border.