“Be the heroine of your life, not the victim.” 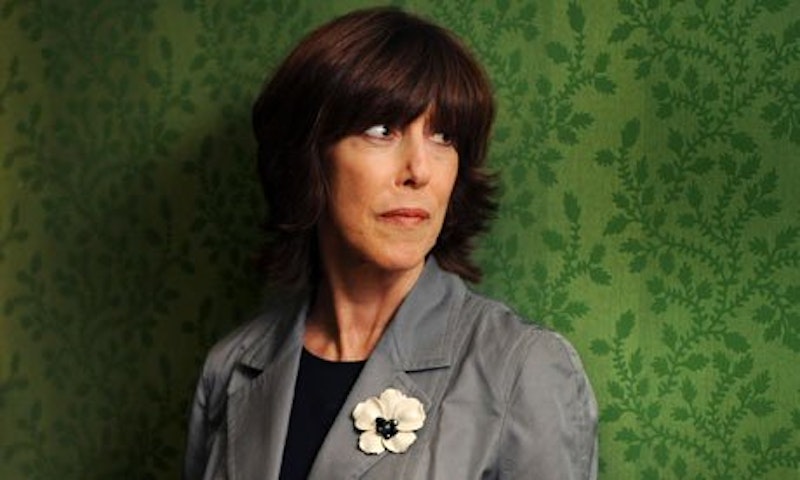 Women as a gender, writing as an art and pop culture as a whole, are all a tiny bit bleaker today for the loss of filmmaker, director, producer, screenwriter, novelist, playwright, journalist, author and blogger Nora Ephron who died yesterday at age 71 in her native New York City of pneumonia complications from leukemia.

She was the creator of the 1989 romantic comedy When Harry Met Sally, 90s romcoms Sleepless in Seattle, Michael, You’ve Got Mail and 2009's Julie and Julia. She also scored an Academy Award nomination for her 1983 screenplay of the drama Silkwood, starring Academy Award Best Actress nominee Meryl Streep, who also starred in Ephron's 1986 semi-autobiographical family drama Heartburn.

AMC, TMC and other classic movie cable channels will now begin Nora Ephron film marathons, which is fantastic for two reasons: those of us who know and love the films can watch them again, and a next generation of young people will be able to experience the films that focus on the lives of women versus men. (Nora Ephron once stated, “A movie about a woman's cure for cancer is less interesting than a movie about a man with a hangnail.")

When Ephron spoke to her alma mater Wellesley’s class of 1996 she told them:

Above all, be the heroine of your life, not the victim. Because you don't have the alibi my class had—this is one of the great achievements and mixed blessings you inherit: unlike us, you can't say nobody told you there were other options. Your education is a dress rehearsal for a life that is yours to lead. Twenty-five years from now, you won't have as easy a time making excuses as my class did. You won't be able to blame the deans, or the culture, or anyone else: you will have no one to blame but yourselves. Whoa.

So what are you going to do? This is the season when a clutch of successful women—who have it all—give speeches to women like you and say, to be perfectly honest, you can't have it all. Maybe young women don't wonder whether they can have it all any longer, but in case you are wondering, of course you can have it all. What are you going to do? Everything, is my guess. It will be a little messy, but embrace the mess. It will be complicated, but rejoice in the complications. It will not be anything like what you think it will be like, but surprises are good for you. And don't be frightened: you can always change your mind. I know: I've had four careers and three husbands.

Many refer to Nora Ephron as a modern day Dorothy Parker. As a writer myself, I’ve been greatly influenced by both Parker and Ephron in addition to my all-time women’s humor writing muse Erma Bombeck. Women writers who are able to take the mundane, the everyday, and make it into art in a way that captures the essence of the many small moments in a woman’s life that would otherwise go undocumented? These women are rare and to be cherished, honored, and never forgotten.

I will close with this.

Nora Ephron was the kind of woman who didn’t want other people deciding what was meaningful in her life. So she left for us (in her most recent book I Remember Nothing) a list of things she won’t and will miss after her death.

What I Won't Miss

Dry skin
Bad dinners like the one we went to last night
E-mail
Technology in general
My closet
Washing my hair
Bras
Funerals
Illness everywhere
Polls that show that 32 percent of the American people believe in creationism
Polls
Fox TV
The collapse of the dollar
Bar mitzvahs
Mammograms
Dead flowers
The sound of the vacuum cleaner
Bills
E-mail. I know I already said it, but I want to emphasize it.
Small print
Panels on Women in Film
Taking off makeup every night

What I Will Miss

What will we miss? Nora Ephron.