Nominee For Most Confusing/Inspiring Protest Movement Of 2008

Wow, ok, we heard about this and discovered that there is at least one scenario where we have an instinctual, unbiased, 100% pro-McDonalds point of view. Yes, that McDonalds, as in that corporation that made America obese over the last 50 years. They're staring down a Christian right movement against "pro-gay" policies, taking a stand when weasely Wal-Mart gave in. 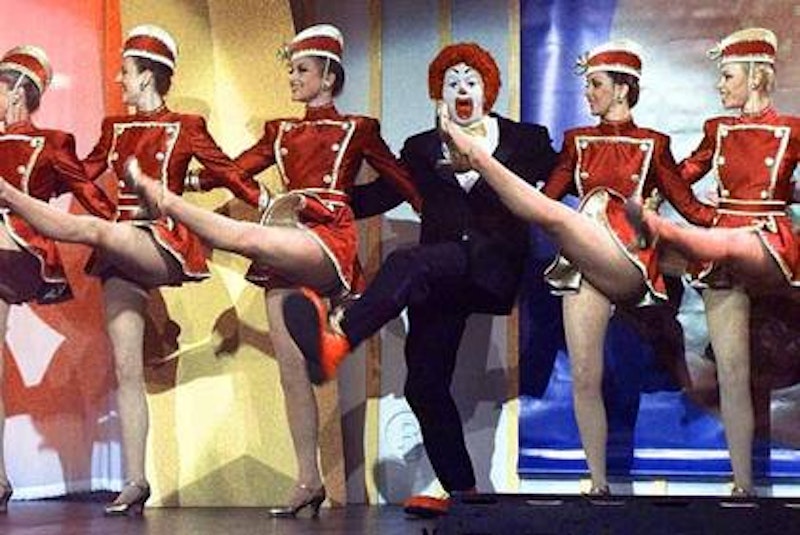 A select group of folks in Mississippi have chosen to boycott McDonald's because the chain "supports the gay agenda."

I know it's easy to just brush this off as another example of the religious right freaking out about something, but this little social movement is actually pretty interesting and may function as a litmus test for future American social movements.

This whole issue started in early 2008 when Richard Ellis, vice president of communications for McDonald's USA, took a seat on the National Gay and Lesbian Chamber of Commerce board of directors.

This isn't the first time the AFA has called for a boycott of a national corporation that supposedly supported the gay agenda. In 2006 the group called for a similar boycott of Wal-Mart that was scheduled to take place over the post-Thanksgiving shopping weekend.

When threatened with the loss of sales on Black Friday, Wal-Mart backed down and issued a statement confirming its neutrality on gay marriage. The AFA subsequently canceled the boycott.

They haven't canceled this one yet.

Through a letter sent to the AFA, McDonald's confirmed its commitment to diversity and has refused to back down.