Nobody Talk to the Intern

Don't you even fucking think about it. 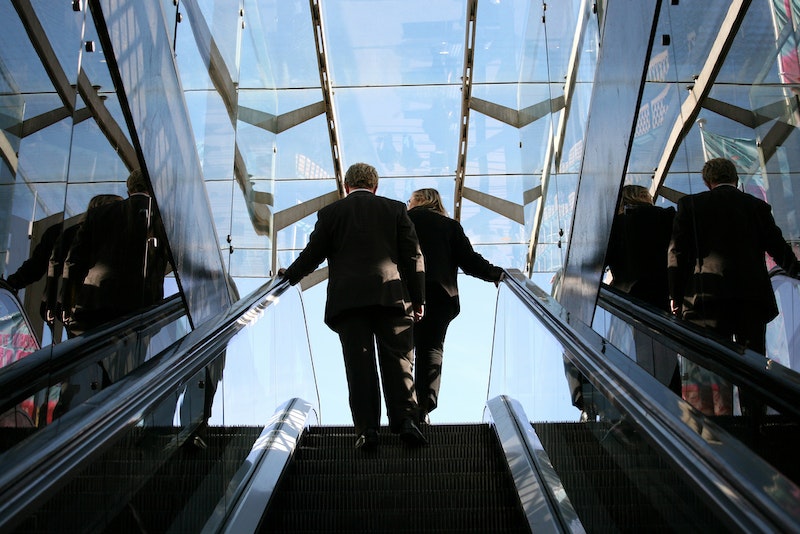 (To self): Oh my god—wow—how can he be so beautiful? Madison, you gotta stare at him, this is your only chance. Wait! Don’t stare at him, that’s totally unprofesh. Avoid all eye contact. Play it cool. Chillax, dude. Okay so now he’s looking away—quick, sneak a peak! Holy shit he’s coming over. FreakoutFreakoutFreakout.  “Hi, I’m _______,” he says, extending his fabulous hand. One, two, three, breathe; one, two, three, breathe. Never wash your right hand again.

So ________’s assistant comes over and is all smiles, eager like a Chihuahua, her skin kind of leathery, and she’s like “HI I’M (WHATEVER HER NAME IS), NICE TO MEET YOU WHAT DO YOU DO?” (High pitched, all in one breath. Very Orange County.)

“Ohhh,” she says, now quickly backing away like I have the goddamn Swine Flu.

Is she backing away from me because I said I was an intern? Are you kidding me right now? Ooh, can’t talk to The Intern. Everybody steer clear of The Intern.

Later on it gets kind of chilly in the studio so she puts on this fabulous Rick Owens leather jacket. LCD Soundsystem is playing on the stereo (“Dance Yrself Clean”) and I see her jamming and it’s my favorite song and she’s wearing that jacket I kinda dig so I’m like, okay, it’ll be really neat to go over and be all, that’s a fabulous jacket, so I do it and she’s looking at me like I’m a goddamn idiot. The look on her face says: “Why are you in the same air space as me, you fucking intern cesspool of nobodyness?”

The funniest thing about the situation is that she was all smiles until I said the “I” word. When she realized that I wasn’t a higher up at the magazine and couldn’t really do anything to advance her career, she stopped being nice. End of conversation. Done.

It’s not like I was offended or anything—I’m a dude who gets called “faggot” all the time, so I have thick skin (smooth, not leathery). I actually thought it was fucking hilarious, because this girl doesn’t know anything about me and still shut me out because I’m an intern. Right then it was clear that there are so many people who are nothing but social climbers. That’s fine, just not my style. But never judge an intern by its cover. What if I’m BFFs with Beyoncé? Hmm? Bet that bitch woudda been nice to me then, huh?

We’ve seen all this played out in the hilarious Devil Wears Prada and more recently on the Bravo reality show Kell On Earth. “If you have to cry, go outside, ” Kelly Cutrone tells her interns. Some would say that this is just part of the pecking order of power. If you’re low on the totem pole, you eat shit. When you’re at the top of the pole, you dole out the shit. I guess it’s supposed to be some kind of revenge/payback type of thing where you’re mean to people because people were mean to you. But I say you should just be nice to everybody, mostly because Karma is an ugly bitch and she will bite you in the ass when you least expect it. That intern you’re treating like shit? Yeah, s/he might be your boss one day, so don’t get it twisted.

I’ve been interning at this magazine since the end of May, and so far it’s been a rewarding experience. Yeah, my boss is very temperamental and has an explosive personality, but he’s fun! Just yesterday he said: “If you call in sick for an ulterior reason, you’re hung over, you’re having sex—I love it, and in that case send a picture.”  Best of all—I’ve never been treated like shit. Never had one intern horror story. Never had to run outside crying. Never had to go 20 blocks to pick up a steak at 12:32 and be back in the office by 12:45 sharp or die. But when I’m Editor-in-Chief of V and you get in my face about a job, I’ll be like: who are you? Payback’s a bitch.