Why burlesque shows and video mash-ups are the new stand-up routine. 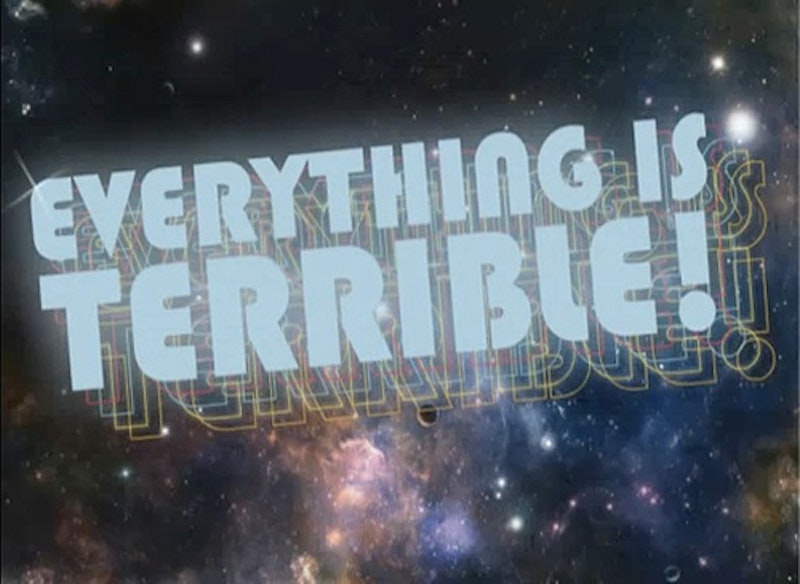 A recent piece in The Guardian reported on the prevalence of burlesque troupes at the Edinburgh fringe festival, to the point where traditional stand-up comedy and sketch/improv groups are the “old guard”:

Comedy mirrors society and for a long time we have had a man standing alone in front of a curtain talking about himself," said Miss Behave, the subversive "crowd dominatrix" who compares The Crackvariety show. "That kind of comedy is not going to go away, but at the moment we want a little more. Audiences are saying 'Entertain us!', and cabaret performers walk on to the stage with that very much in mind.
I’ve caught Baltimore’s Gilded Lily Burlesque a couple of times at various venues across the city, and each and every time the crowd ate it up. The anachronism of the medium combined with the immediacy of the performance—these were in fact people with nipple tassels—made the experience fresh. Ezra Pound’s rallying cry was “Make it new!” And although burlesque is not new, it’s finding a new place and context in the expanding independent sphere of performance—music, puppets, video, nipple tassels, et al.

Last week Hampden’s Jesus Camp and Charles Village’s 2640 hosted the ethereal Everything Is Terrible! tour, “The Quest for the Magic Chrystal.” Without going into too much detail, the feature-length film is the realization of the past year of EIT! posts—clips of PSAs, music videos, children shows, animated commercials and everything else under the terrible sun from the 1980s and 90s. It’s a complete head rush watching two-plus hours of a video mashup. It’s a relentless rush of arcane reference; the old is made new, ridiculed, and then worshipped for its very terribleness.

Baltimore’s Showbeast opened for EIT! with his puppets and song and dance. Stuff like this:

These types of comedy—classy sexual performance; endless reference; silly puppets—are gaining ground because they resonate with the Internet crowd in a way that traditional comedy can’t match. Think of the depressing state that is Saturday Night Live and late-night television in general. Tosh.0 is just silly and stale as soon as soon as it hits the air. Big name brands like the Blue Collar Comedy Tour or Dane Cook bring in serious cash, but here’s hoping what we’re seeing in EIT!, Showbeast and Gilded Lily (and their friends and colleagues and collaborators and predecessors and successors) are the vanguard of a more enriched, more manic form of comedy.