Nobody Cares about Uma Thurman 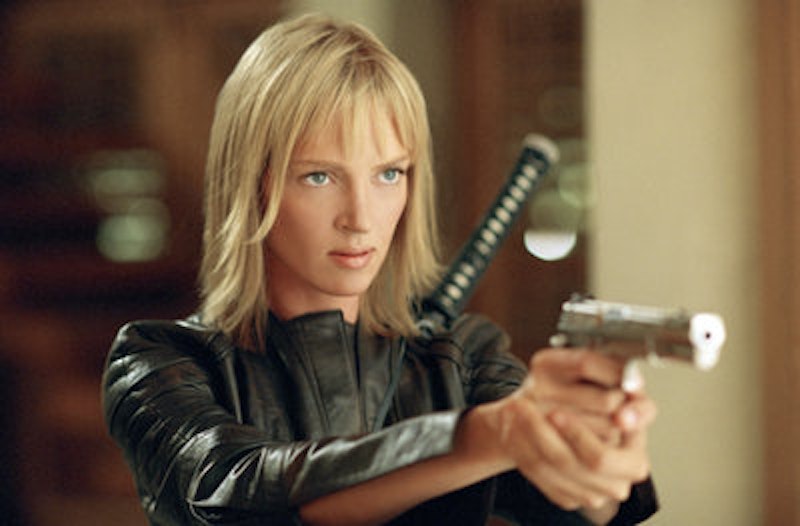 When she was 15, Uma Thurman dropped out of high school to study acting; by the time she turned 18, she was a movie star. The high school was fancy, and Thurman comes from fancy parents: a father who's a globally known expert on Buddhism, a mother who divorced Timothy Leary. Fanciness, in the sense of privilege, helped the young Thurman along, given that her school was the sort where talent agents dropped by to see the students put on plays. In Uma's case, it was The Crucible and the agents said she could turn pro. She did, and from this point on privilege doesn't explain so much.

You don't become a movie star in three years because producers like the Northfield Mount Hermon School or want to know academics with Sanskrit expertise. The other kind of fanciness has to kick in. Uma Thurman is superior; she received a special, deluxe brand of DNA, the sort that might be found among people who hobnob with the Dalai Lama. That DNA is why she gets to be a movie star.

Except, of course, nobody really needs her around. Apparently a goddess can be ordinary, not a regular-edition human being, but not interesting as goddesses go. As a movie star, Thurman's problem is that she's dutiful and unimaginative. She's done her share of decent performances because she has talent, but her standout moments all occurred when Quentin Tarantino decided to make use of her.

On her own she chooses movies where she takes up space and does nothing much. She has trouble telling the difference between serious and good, so she winds up in earth-toned trudgers like Jennifer 8, Gattaca and Henry and June. She has trouble telling the difference between frantic and original, so she winds up in disordered botches like Where the Heart Is, Vatel, Even Cowgirls Get the Blues and The Avengers (the one about the TV show, not the comic book). I leave off Batman & Robin because I think her bit in there was good. But everyone else would put it on the list.

Uma Thurman doesn't say dumb things. She says things only a person of intelligence could say; she has a vocabulary and she likes to analyze. But she isn't interesting. A lot of times she talks like a guest columnist at a women's magazine.  “I was a new mother and felt I wasn't emotionally ready," she says, and “Starting a family was my way of taking responsibility for my life.” Or she wants to explain the value of early-teen sex fantasies: “I don't see what's wrong with young girls being allowed to fantasize and imagine the great unknown of being a woman through these hyper-dramatic ways.”