No Lifeguards On Duty 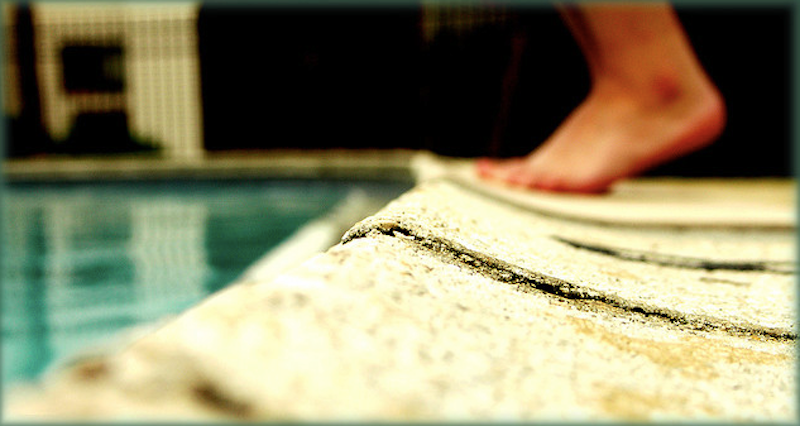 Growing up as a teenager in Baltimore County, I made a lot of friends with access to dynamite, chlorine-shocked Olympic-sized pools—pools at clubs, apartment-complex pools, and neighborhood-association pools. (Not private pools, though; my friends didn’t have it like that.) These friends and our poolside adventures have mostly faded from memory, but I do recall that all of these pools had one thing in common: there were always teen and twentysomething lifeguards around, maybe two or three, watching everyone with a hauteur, a disdain, impervious behind impenetrable sunglasses, whistles hanging from chapped lips.

They were English kids flown in for the summer and put up by management companies, mostly, with a local teen beanpole here or there. No running, no excessive horseplay, no fighting, and pretending to drown or pissing underwater? Not funny. I can think of exactly one instance where a lifeguard had to dive in and save someone, and it wasn’t anybody I knew. Mostly they were around to intimidate everyone into conformity, maintain accurate pH levels, fish out leaves and other debris, clean the traps, check pool passes, make sure your name and address were on the sign-in sheet, and inspire a backhanded sort of envy; lifeguards were responsible and, in their way, leaders.

Texas, I’m finding, doesn’t believe in lifeguards; the outfits that manage pools here get around this by building pools no more than four and a half feet deep and posting “SWIM AT YOUR OWN RISK” and “NO DIVING” signs. A sort of bedlam reigns at these pools, where bands of unsupervised teenage hooligans gleefully break every pool rule I was forced to learn and parents fall into three incongruous categories: permissive, vigilant, and pragmatic.

In most cases, there’s no apparatus in place to verify that the people swimming and sunbathing actually live in the neighborhoods; in the first neighborhood we lived in here, the pool was “operated” by an elderly security guard who couldn’t have saved or protected much beyond his hoagie. So it’s all kind of a sick joke, order as barely maintained by parents who can be bothered to care and red-on-white signage. You have to wonder how this lack of rule enforcement in a setting that can be, potentially, very dangerous—slipping and cracking a skull, drowning, any number of other fatal or at least intensive-care worthy injuries—shapes the citizens local Texan youth eventually grow up to be. One thing’s for sure: very few will be able to include “lifeguard” on their resumes.