Remember, horses are dangerous too. 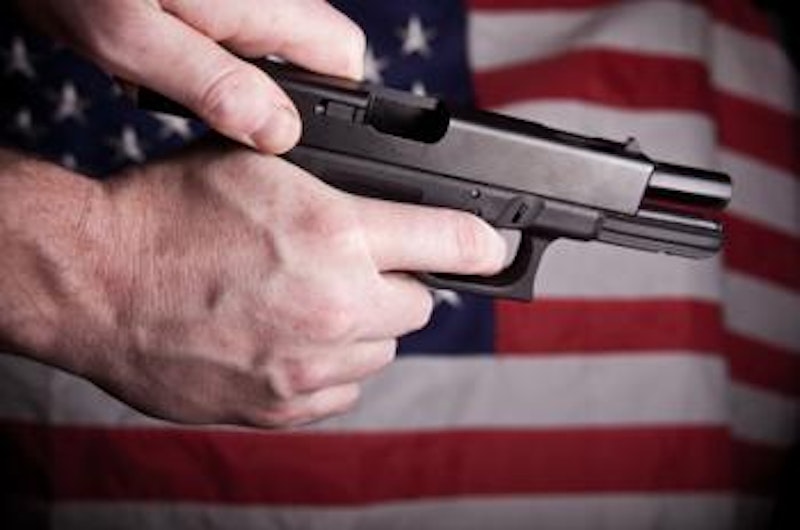 The following is presented with apologies to The Onion and reluctant thanks to the military blog This Ain't Hell, But You Can See It From Here. All the answers below are quotations taken from a comments thread at Ain't Hell. The comments were posted two days after the events in Newtown, Connecticut, and discussed the fallout from the shootings.

Dear Right-Wing Gun Nut: My two children, Sarah, 9, and Ethan, 6, wonder about their safety at school. I must say I wonder too! What can we do to make sure our children aren't menaced by assault weapons fed by high-capacity ammunition clips? Yours, A Parent

A: When dumbfucks start babbling about high-capacity “clips” and “assault weapons,” I know they don’t have a fucking clue what they are talking about. They think they do, but when they can’t even get the terminology right, it makes it hard to take anything they have to say seriously.

Dear Right-Wing Gun Nut: There are bad people in the world. How can we make sure they don't obtain weapons that make it far easier for them to wreak harm? Signed, A Citizen

A: Instead of whining about “assault” weapons, you should just be happy I’m not seeking out howitzers and M1A1s.

Dear Right-Wing Gun Nut: The deranged individual in Newtown was able to kill almost 30 victims in a matter of minutes. What can we do about such terrifying force in the hands of people who mean ill? Signed, An Organism Without Armor Plating

A: Slingshot: a weapon consisting of two double thongs or strings with a saddle in the middle, used for launching rocks at a target, effective in combat if user is properly trained. Rocks: ammunition for a slingshot but may be used without one. Quarterstaff: a straightened and hardened sapling, preferably oak or hickory, used in hand-to-hand combat in a ring or as a walking staff, about 60+ inches in length.

Dear Right-Wing Gun Nut: Excuse me, I don't know where you're going with this. Signed, An Organism Without Armor Plating

A: All of these items can be seen at any Renaissance Faire and some of them, such as the sword, slingshot, quarterstaff, mace and morningstar, can be bought from a competent arms smith. They are all legal, they do not require a license, and they all fall into the category of assault weapons.

Dear Right-Wing Gun Nut: Do you mean that a slingshot is the same sort of “assault weapon” as an automatic rifle? Shouldn't a weapon with military-level destructive capabilities be placed under special restrictions, even while allowing law-abiding citizens to use it for recreational purposes? What's the tradeoff here? Signed, An Organism Without Armor Plating

A: If one purchases a weapon and has to store it, in perpetuity, at a range, then one doesn’t own that weapon, the range does. Oh, that’s the whole point? Thanks for clearing that up. Idiots!! Does that mean that one can purchase a car, but it has to be stored at the dealer? How about knives? Baseball bats? Hammers?

Dear Right-Wing Gun Nut: Policy differences aside, do you ever think of the children who were killed? Yours, A Parent

A: Off topic. Okay, here’s my problem. There’s a Zales jewelry commercial with a catchy tune that I love. I checked it out and the song is “If It Wasn’t for You” by Various Cruelties. My problem is: does this mean I’m turning gay?

Dear Right-Wing Gun Nut: For some of us it's hard to forget what happened, even if they weren't our kids. Yours, A Parent

A: And let’s remember Jack the Ripper, the one person who committed gruesome crimes and was never caught, but twitted the police about what he was doing through his letters to them. He didn’t use a gun. He used a scalpel.

Dear Right-Wing Gun Nut: Sure, many people like to shoot, and I guess I can't criticize hunting if I eat meat. But isn't there a social cost that comes with unrestricted circulation of highly powerful weapons like assault rifles? If nothing else, they are often sought out by fanatics who feel no loyalty to or connection with society at large. Signed, A Citizen

A: The Second Amendment is about hunting the same way that the First Amendment is about playing Scrabble. The first time some psycho shoots up a school (or what have you) with shotguns, pants pissers like you will be out screaming to grab them up as well.

Dear Right-Wing Gun Nut: Do you have trouble taking responsibility? Signed, A Citizen

Dear Right-Wing Gun Nut: Well, at least you take this seriously, I guess. Signed, A Citizen

A: Gee, when the news people were talking about a Bushmaster, I thought they were talking about that two-handled weed cutter on steroids in the TV infomercials. You know—you can use it to clear out saplings and overgrown areas. But then I remembered that’s a Bushhog.

Dear Right-Wing Gun Nut: From what you said about slingshots and the Renaissance Faire, I got the impression that guns aren't especially dangerous. Is that the case? Signed, An Organism Without Armor Plating

A: Anyone who has been around horses can tell you a horse can kick the crap out of you as well as trample you to death.

Dear Right-Wing Gun Nut: We seem to be operating from two different frameworks—yours and everybody else's. Signed, A Citizen

A: I’m not sure what a gun nut is. What’s your definition?