The new show from the creator and star of Nathan for You takes his particular schtick to the next level. 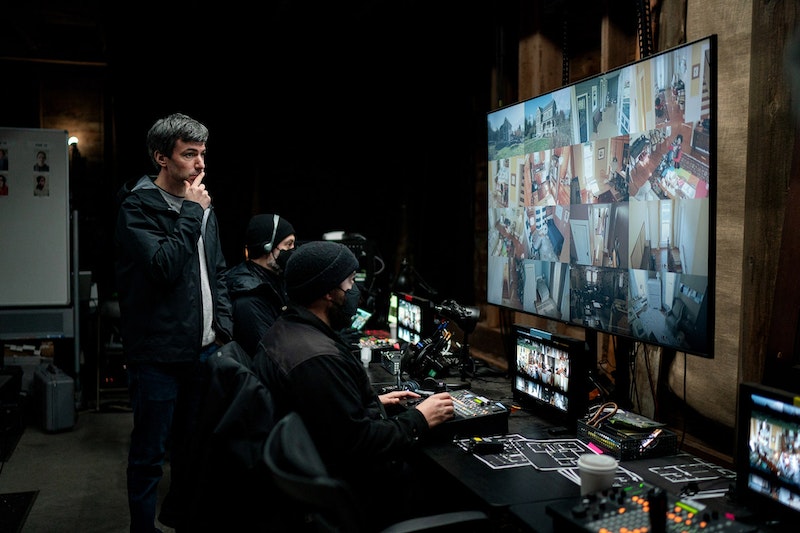 In “Apocalypto,” the fifth episode of Nathan Fielder’s new reality-comedy show The Rehearsal, an actress hired by Fielder to help him prepare for a difficult conversation probes him while in character.

“Is this silly or is this something that I should take seriously?” she questions.

“It’s silly and serious. It’s complicated. Life can be more than one thing…” he responds.

While they’re referring to a specific scenario between Fielder and one of the participants on The Rehearsal, the conversation could just as easily apply to the Canadian comedian’s broader artistic vision. Nathan For You, a Comedy Central show that ran for four seasons, chronicled the business school graduate’s attempts to revive struggling small businesses with absurd stunts. In one episode he stages a viral animal rescue video at a petting zoo; in another, he turns a bar’s patrons into actors in a play to circumvent no-smoking laws. The Rehearsal sees Fielder help people navigate the uncertainty of life by creating the conditions for them to practice challenging scenarios ahead of time, whether it’s fessing up to a lie, or raising a child.

Both shows are “silly and serious,” flitting between a sense of humor that’s not above the odd poo joke, and poignant moments that illuminate the nature of humanity. The subjects are endearing, hilarious, perplexing, and lonely figures, often all at once. Fielder’s awkward, stilted manner is a constant, shown through his interactions and repeated allusions to isolation and an inability to form meaningful relationships. In a recent New York Magazine profile, he described himself as “the most pathetic person in everything I do.”

Fielder may feel like a lowly outsider, but that position is becoming increasingly difficult to claim. Where Nathan For You saw him achieve acclaim beyond what most comedians can dream of, The Rehearsal and its high HBO budget allow him to run wild with his outlandish ideas. The results include the creation of an uncanny valley, life-size replica of a Brooklyn bar, with details as insignificant as a discarded floating smiley face balloon kept intact, and the opening of an acting school specializing in “the Fielder method” to provide a constant supply of actors for the show. It’s intriguing to see how Fielder deploys these new resources, and more broadly, satisfying to watch what is essentially avant-garde performance art set up to reach large, mainstream audiences.

Nathan For You featured self-contained episodes, each focused on a new proprietor and business idea that was generally done and dusted within the 21-minute run time. Alongside Fielder himself, there were only a handful of recurring characters, including a Bill Gates impersonator named Bill Heath, whose quest to reconnect with a long-lost love became the focus of the show’s final episode. In “Finding Frances,” Fielder engages an actress to help Bill prepare for this upcoming reunion by rehearsing how he’d manage Frances’ possible reactions. The Rehearsal is a natural progression from this acclaimed episode, building on its comparatively serious tone and the idea of staging a dress rehearsal for life.

At the center of the new show is Angela, a 44-year-old, intensely Christian woman who agrees to cosplay the experience of raising a child with a bunch of child actors, before one day undertaking the real thing. Over four of The Rehearsal’s six episodes, Angela lives out her pastoral child-rearing dreams, with a thriving Etsy business, religious home-schooling, and a fake husband who toils in the fields for their food. As the experiment progresses, tensions rise between Angela and her “family,” with the multi-episode format allowing the audience to become invested in this faux familial drama.

One doesn’t get the sense that Fielder is purposely putting his subjects on display as oddities for ridicule. Rather, he’s fascinated by unwittingly strange human behavior, including his own, and creates highly constructed scenarios that are likely to bring about curious responses. And yet, the playing field is uneven, given Fielder is the puppet master of a HBO show and his participants are everyday people, often unaware of the full extent of the set-ups or how they’ll come across. While Fielder aims for active consent, sometimes things get hairy, such as when a toddler responds adversely to an acting role on The Rehearsal arranged by his single mom, presumably because she needs the money.

While it’s impossible to know the extent to which the Fielder presented is “real” or a hammed-up avatar, The Rehearsal reveals a more vulnerable, self-reflective side than we’ve seen before. He’s grappling with the arguably manipulative nature of his work and has decided to tackle it head-on, through the art itself. With the cameras rolling, he asks Angela to change the nature of her rehearsal, while acknowledging the pressure and power imbalance that the cameras create. In another scene, he tests out the role of a participant on the show, and becomes bamboozled when a producer pushes a lengthy, jargon-filled contract on him. More than once, participants accuse him of being a liar.

The Rehearsal is Fielder’s ambitious attempt to figure out what constitutes an authentic human relationship, or an authentic human. By painstakingly simulating “real life” in a futile attempt to master it, he not only makes us laugh, but raises challenging philosophical questions about the nature of reality and intimacy.