The Book of Ruth Langmore

Ozark is the best depiction of the Clintons in American media. 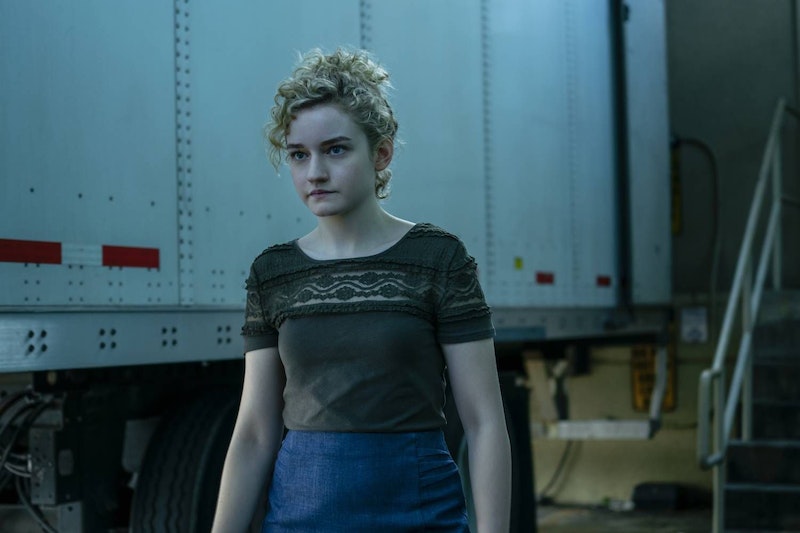 Forget Clive Owen with a bulbous nose or John Travolta with a touch of gray. Forget Edie Falco with the pitch of a soprano and the aim of pitcher, or Emma Thompson with the heart of a harridan and the soul of a shrew. Forget them all, because the best depiction of the Clintons as a duplicitous couple awash in money—and unable to stop laundering blood money—takes place in Osage Beach, Missouri. The show is Ozark, starring Jason Bateman and Laura Linney as Marty and Wendy Byrde.

The Byrdes take flight from Chicago, chasing a dragon as ethereal as the mist above the Missouri Dragon, not knowing that their migration ends where another dragon lives, for the master they serve—the Mexican drug lord the Byrdes fear—has no claim to the poppy fields in the heart of the Ozarks.

The Byrdes are in the Ozarks because of a lie, and because Marty’s an unusually good liar. He’s a better liar than Bill Clinton, or closer to Bob Kerrey’s description of Clinton, because of how he lies. He never breaks character, unlike a president who stands in the Roosevelt Room and sits while speaking from the Map Room, changing his story about that woman, Miss Lewinsky.

Where Clinton manipulates words and questions the meaning of a simple word, saying the question is not how one chooses to be but what one chooses to believe, because the answer depends on what the meaning of “is” is, where he twists words the way a road turns—the way Push Mountain Road snakes through Stone County, Arkansas—Marty manipulates numbers.

Marty uses the Ozarks to run numbers and run the numbers, fronting money to casinos and local businesses. He also buries money in a mausoleum and houses it in a funeral home, processing funds like the bodies he burns, until the dust he returns to the ground is as abstract as the grain he harvests from the dead.

The money spreads growth but smothers truth, blocking the disinfectant of sunlight and the light of life itself, because the kudzu of corruption—the perennial and invasive root that ensnares church and state—is the evilness of money.

Thus does Mason Young (Michael Mosley) see his church fall and his pregnant wife disappear. Thus does Grace Young (Bethany Anne Lind) die, delivering unto Mason a son—and a message from the drug queenpin of the Ozarks: that those who cross Darlene Snell (Lisa Emery) reap the whirlwind.

Darlene is a woman of a certain age, with the longevity to know better, not the will to do better. She rules with the vengeance of the proud, smiting her enemies by judging every offense a capital crime. Her word is law, regardless of who enforces it, because she owns the sheriff.

Darlene’s nemesis is Wendy Byrde, the most Clintonian woman in Ozark and the most authentic representation of Hillary Clinton on-screen.

The distance between Wendy’s home base and Clinton’s hometown is 30 miles. The difference between the two is chronological, not ideological, because Wendy is no less contemptuous of her opponents than her real-life counterpart.

Wendy says she knows how to sell the idea of a happy family. And yet she doesn’t know the first rule of sales, per the poet of sales talk, that you never open your mouth till you know what the shot is.

The daughter of a felon and a felon in her own right, Ruth dies clean. She dies without lies, leaving those who deplore her to destroy themselves. She dies with her people, in the land of her people, better than the whole damn bunch of outsiders put together.

She dies with honor.