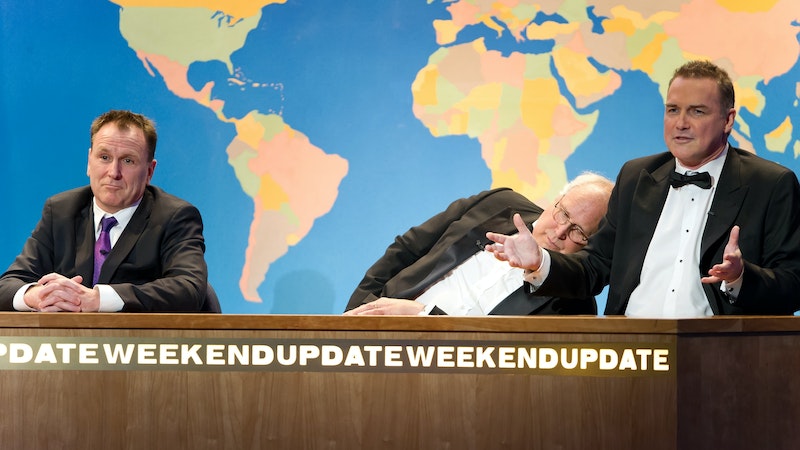 I’ve been reading the tributes to Norm Macdonald. I guess anybody’s great when they’re dead. “Norm Macdonald was Tolstoy in sweatpants,” says The Washington Post. I remember seeing Tolstoy on Weekend Update and he was much funnier. The beard, the accent. He didn’t think he was funny, so it was a Larry “Bud” Melman thing and maybe kind of cruel. I mean, Letterman-esque. Ratings had tanked and the show was under pressure to go that way, what with Letterman doing great on The Late Show—this was kind of a mid-1990s moment. You’d turn on the TV, nothing better to do on a Saturday night, and there’s Tolstoy, really pissed. He’s glaring out from under his eyebrows, each of them a bale of bad wool, and he’s telling you music is bad, he doesn’t like music. He won’t shut up and he’s got the beard, so whenever he talks that’s a few yards of wool and it’s getting moved around.

I mean, you’d see it move and meanwhile he’s talking. The first 30 seconds you just stare—That’s Tolstoy. Then you laugh and can’t stop. For one thing he says it mew-zeeegh because, like I said, the accent. And he’s just so mad. The couple of times I saw him, I was bucking up and down. You don’t turn on Saturday Night Live and expect to laugh like that. But I felt kind of bad afterward and I never watched him on Conan.

That was his real beard. I read about this in the Saturday Night Live book, that oral history thing. He just showed up as is and they got him out in front of the cameras. All right, makeup chair, but he barely sat still. He didn’t have to do rehearsals, he just showed up around 11:15. I guess that was respect on their part, or maybe you don’t rehearse Larry “Bud” Melman because why bother.

YouTube corner. Standing at the microphone, Christine McVie has a look on her face like the song is some guy in the elevator and maybe it’s getting fresh. With her such a look takes the form of a weary side-eye: wariness followed by resignation followed by the squashing of a pest. That is, if the song were some chump and not what it is, the product of her heart. Instead McVie stands there and intones, and her work emerges from her throat in a resonant, melodic form that somehow resembles a subdued buzz. If she doesn’t actually sing with wariness or resignation, there’s still nothing in her voice to indicate otherwise. Detached, one might call her style, or semi-animate.

In person she’s said to be quite something. On view to the public, she comes off as much like a cocoon. There are group shots from the old days where she stands next to Stevie Nicks and disappears. Taller, striking with that nose of hers, swathed in the Marrakesh garb that flapped around big rock stars, she still becomes a mere placeholder in the shot. Her career played out the same way. “Fleetwood Mac’s secret weapon,” somebody on YouTube called her. But Top 5 hits aren’t secret and everyone could see her singing at the microphone. They just didn’t care. Christine McVie wasn’t secret, she was disregarded. Given her very prominent role and her success at pursuing it—those songs sold a lot of records—I’d say McVie has a mutant power for being anonymous, one that balances Stevie Nicks’ mutant gift for drawing attention.