Limitations of the DJ Craze

Some things weren't meant for the main stage. 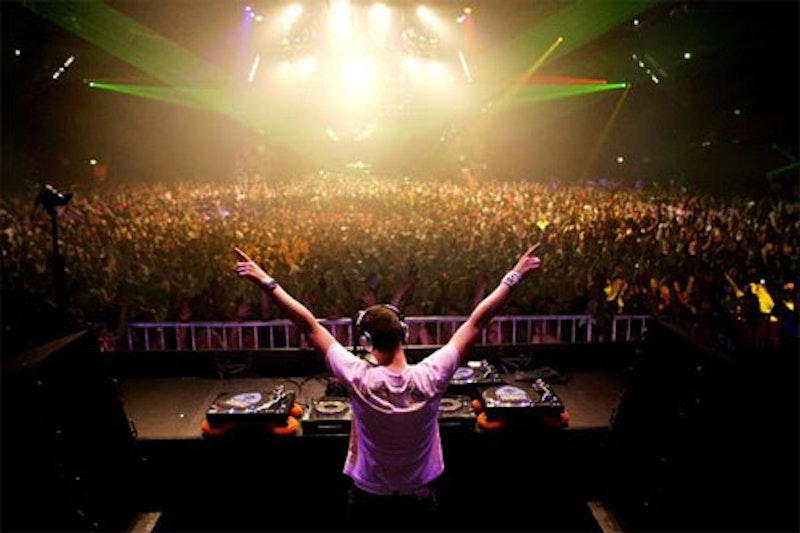 Perhaps Lars Ulrich was too tuckered out from his Napster crusade to do anything about the rise of Greg Gillis and co. circa 2002. Or, more likely, he was unaware of the popularity Gillis’ once second-tier profession would amass. In the 10 years since
Girl Talk’s inception, the institution of the DJ—moocher of samples and master of beats—has assumed an audience all its own. No longer relegated to the side stage at major (outdoor) festivals, disc jockeys are among the headliners, slatted in the late night slot like any seasoned musician at the top of his or her field.

It is in these precise, high profile settings, however, that the performance limitations of DJs become apparent. For one, there is not much performance to speak of. Try as they might, a man bouncing around behind a laptop is not nearly as entertaining as the commanding presence and talent behind a “proper” musician. There’s also the issue of sound. A multitude of instruments strummed, tweaked, played, sung together in harmony is enough to combat the open air and sea of faces before a stage. A solitary device with prerecorded inputs can only be cranked at full blast in its attempt to leave a mark on an audience eager for motion and maneuvering.

The first time I saw a DJ headline was at Virgin Free Mobile Fest in Maryland, when Deadmau5 sauntered on stage, in his requisite Mickey Mouse headgear, before a backdrop of speakers and a crowd full of illegality-inclined teenagers. Five minutes
later, I had only calves caked in mud to show for it, and turned on my heels to the parking lot. The cool evening air swallowed the sound, and my interest. Several months later, I was back at Merriweather, atop one of the pavilion’s seats, stomping along with the flick of Avicii’s wrist. I couldn’t discern a single break in his two-hour set as I was too preoccupied with my oddly limiting pedestal, and nothing stuck out much anyway—not even “Levels.”

After attending Outside Lands this past weekend, seeing the likes of the entertaining MSTRKRFT and Justice in primetime slots, I can safely conclude that DJs—no matter how grooveable their tunes might be—and festivals don’t mix. At least not on the
big stages. There is something about the open scene—a perfect antithesis of the cramped bars and clubs where the DJ was birthed—that doesn’t compute. A stage is meant to be consumed by its performer, captivating its audience, but neither the sound nor show can envelop the viewer like they do in a little black box. Keep the DJs to the DJ tents.