Lena Dunham’s memoir Not That Kind of Girl is powerful and not pretentious. 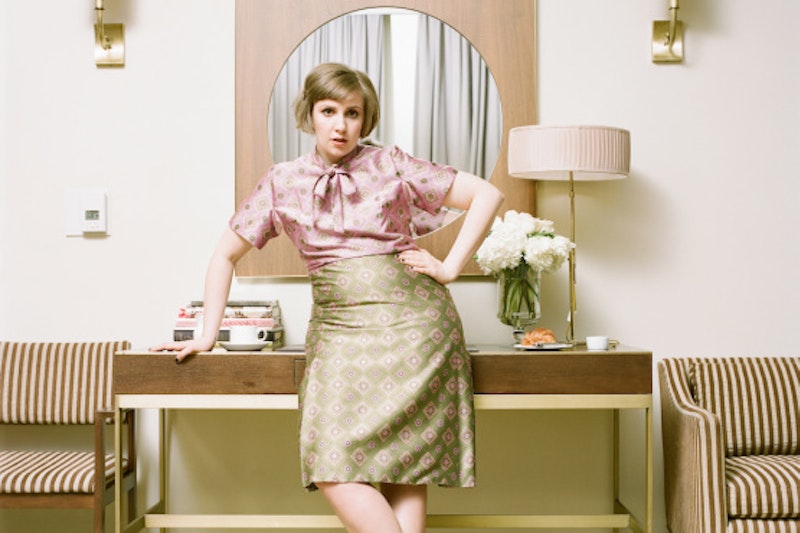 Since the premiere of Girls in 2012, Lena Dunham has consistently taken flak from every angle: don’t be naked, we don’t like your body, you’re obnoxious, you’re racist, you’re classist, you’re unfunny. So many more people deserve to get questioned and kicked in the head than Dunham, yet she remains equally loathed and loved. Count on the media and popular culture to pick on a person with something new, and in the most transparent, nasty way. Personal insults about her body, posh upbringing, and most bizarrely, the values, themes, and reporting that make up her work, are still widely traded and repeated whenever she does something. Bringing up Lena Dunham in conversation is dangerous: the dislike, discomfort, and/or dismissal of her persona bridges generations, gender, class.

Dunham’s first book, a memoir called Not That Kind of Girl, is really clever. It’s far and away the best thing she’s made so far, and makes me feel like I’d rather read her novels than watch another episode of Girls. Dunham is an exceptionally talented writer, and in prose, she feels more comfortable being caustic while covering her bases in political correctness (describing a boyfriend: “It’s become offensive to describe someone as on the autism scale, so I’m going to guess that whatever he had was some type of pathology”). She’s casually cruel in her vivid descriptions of former friends and lovers, noting that the first boy she had sex with looked like a “middle-aged lesbian.” He was, relatively speaking, one of the good ones—Dunham goes through her history of being attracted to “jerks,” detailing toxic relationships where she allowed men who didn’t care about her to treat her like shit.

I’m not sure if she’s playing up the obliviousness as much as one hopes, copping to a comfortable and insular, sheltered childhood in Soho, where the biggest problem her family faced was which gallery to go to on Sunday. Nobody chooses the family they’re born into, but Dunham’s cluelessness about the way most people live is really annoying even if it’s mostly schtick at this point. Even after college, she admits she had no concept of money, believing that her friend paid for his “massive” West Village loft by working for Food Not Bombs, and San Francisco was leasing massive Victorian houses to artists and creative types on Telegraph Hill for a steal.

What’s most valuable about Not That Kind of Girl is Dunham’s advice to boys and girls of the future. Not enough books are being written with current information and reporting from the 21st century’s battlefield of love, riddled with discarded screen names, ambiguous sex, and the “free love fantasia” of her alma mater Oberlin College. Dunham frequently describes what she does in movies, TV, and in her writing as messages from the front line, the depths of interpersonal relationship spread out like a vivisected animal, guts and all. Probably the most important story and one that will (I hope) be excerpted in print-out high school syllabi in a few years’ time, is when she was raped by Oberlin’s token conservative, Barry, a man with a mustache and a bad attitude. He feeds her Xanax and makes her drink until she blacks out and comes to as he’s mounted her on his grody dorm rug, his soft penis “like a finger without bones.” It’s not until she recounts what happened the next day to one of her closest friends that she realizes what happened was rape, as much as she didn’t want to believe it. Outside looking in, it’s obvious from the start that this guy is a creep, but when we find ourselves in these situations, things actually turn out pretty complicated, moment-to-moment actions and fluctuations of emotion, that lead to a girl feeling trapped and eventually drugged. She throws all of his shit out the window as soon as she comes to. It’s an intense story that was incorporated into her show and was talked about for weeks afterwards. Ambiguous consent.

I was most moved by Dunham’s description of her anxiety and misplaced uterus, which causes her enormous physical pain. She calls nausea without vomiting the most miserable feeling a human being can experience, and I completely agree. Anyone who reads this and thinks, “Eat the rich” is just pissed off, but Dunham’s rich girl cluelessness is still extremely obnoxious, even if it’s amplified in persona. Not That Kind of Girl is a lot more enjoyable than Girls because it’s a condensed mission statement and response to criticism so far, no bullshit, totally stark. Dunham is darkly funny and sarcastic in ways that would never make it to her show. I felt very close to the author as I was reading it, and it’s got nothing but good advice for the kids.