Jen Kirkman Doesn't Want To Be Associated With Mothers 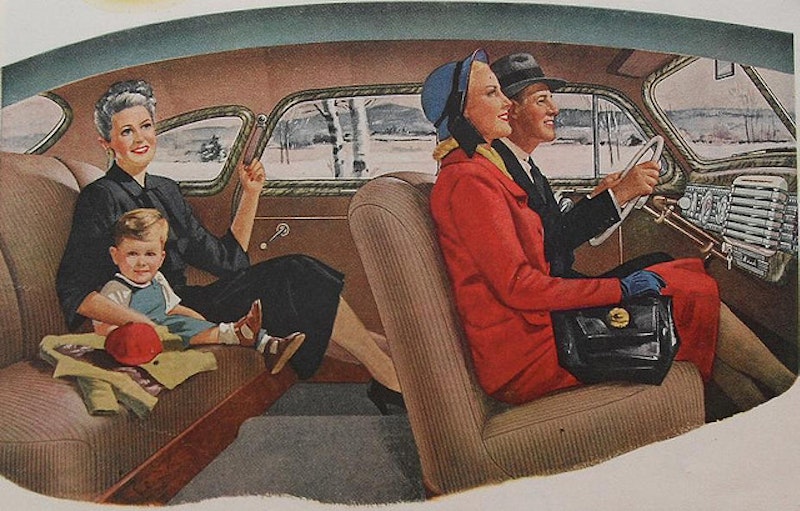 In a recent post on the Atlantic, Jen Kirkman stated that she did not want to be a mother. Further, she didn't want people to tell her that she'd be a great mom. To tell a childless woman that she'd be good at mothering, Kirkman said, "is at best condescending and at worst, patently false and potentially dangerous."

Which left me with one question when I’d finished her article. Would Kirkman think it was condescending if someone told her she'd be a great dad? Obviously, women aren't usually referred to as fathers. My point, though, is that "Dad" and "Mom" aren't just equal and neutral descriptions for the same role. They carry a lot of connotations. And it seems like Kirkman is resisting not so much the idea of being a parent, per se, as the idea of being, specifically, a mom.

The post (an excerpt from Kirkman's forthcoming book) doesn't delve too deeply into specifics about motherhood. It doesn't need to, though, because in the long tradition of her stand-up comic forbears Kirkman simply relies on rule-of-thumb gender stereotypes:

I have memories of my grandfather Kirkman making mashed potatoes that were so good because they tasted like a bowl of butter. I love my mom's brownies. My favorite thing about both of those recipes is that someone else made them for me. Occasionally I feel an urge to whip up some mashed potatoes and brownies but I don't ever feel an urge to scrape the crust from the baking pan, or to squeeze out some progeny so he or she can remember that while mommy was out of town often doing stand-up comedy, she baked a mean banana bread to try to make up for her flagrant neglect.

It's true she's talking about her grandfather as well as her mother. But both are used as examples of mothering, and that mothering is defined mainly through food preparation, and secondarily (at the conclusion of the paragraph) through spending lots of time at home.

I'm sure this isn't Kirkman's intent, but in her effort to distance herself from mothering, she ends up telling lots of people who are mothers that they're not very good at it. My son's mother, for example, pretty much never cooks. Does that make her a bad mother? Lots of women with children have demanding jobs that require them to travel extensively. Does that make them guilty of "flagrant neglect"?

Again, and tellingly, Kirkman's description of bad motherhood would almost certainly not be an example of bad fatherhood. Expectations for fathers have changed a lot, it's true. Still, when people think about "being a dad" they don't immediately leap to "cooking banana bread." Similarly, I know numerous dads who travel a great deal for work. Personally, I’d rather undergo minor elective surgery than do that. But no one—not me, not society, not anyone—thinks that those fathers are bad or neglectful parents just because they often have to be away from home.

The condescension Kirkman's hearing, then, is tied up in her own notions of motherhood. When someone says to Kirkman, "You'd be a good mother," she appears to hear "You'd be a good 50s TV sitcom housewife," and, relatedly, "you should quit your job."

The insult, then, is in Kirkman's head. It's her issue. But it's not just in Kirkman's head, and it's not just her issue. She didn't make up the stereotype of the 50s TV sitcom housewife. She didn't invent the connection between mothers and banana bread. "Mother" can mean a lot of things, but one of the enduring images is June Cleaver. Mothers have been condescended to for centuries. They've been linked to the infantile and the instinctive, to emotionalism, passive-aggressiveness, dependence, smothering neediness and triviality. In fact, a big part of the way that women are condescended to is through the use of stereotypes derived from ideas about motherhood. This is why radical feminist Shulamith Firestone wanted to get rid of biological motherhood altogether, and why child care and mothering issues have often been fraught for the feminist movement. Turning women into mothers first and everything else a distant second is one of the main ways that sexism has historically been articulated and enforced.

So it makes sense that Kirkman feels distrust and anger when she's told, "You would make a great mother!" But even if it is understandable, it's also unfortunate. Because, in distancing herself from mothering, Kirkman helplessly reproduces the condescension she repudiates. Why can't she be a good mother? Because she doesn't cook, she has a demanding job, and she finds children terrifying. Good mothers, then, cook, and don't work, and are somehow naturally, magically free from anxiety about making terrifying life changes which involve, in the majority of cases, nine months of sharing your body with another life form. Followed by labor. Which, my wife tells me, hurts a lot.

If Kirkman doesn’t want to have kids, she shouldn’t have kids. I wish she could find a way to talk about her decision, though, which didn't involve turning the word "mother" into an insult. There are as many ways to be a mother as there are to be childless. Recognizing that would be a boon for mothers and single women and maybe even for men like me, sitting at home with my sick son while writing, and thinking that getting called a mom now and again wouldn't be such a bad thing.