Jann Wenner Writes For No One

The Rolling Stone founder attempts to manage his legacy with a dreadful memoir. 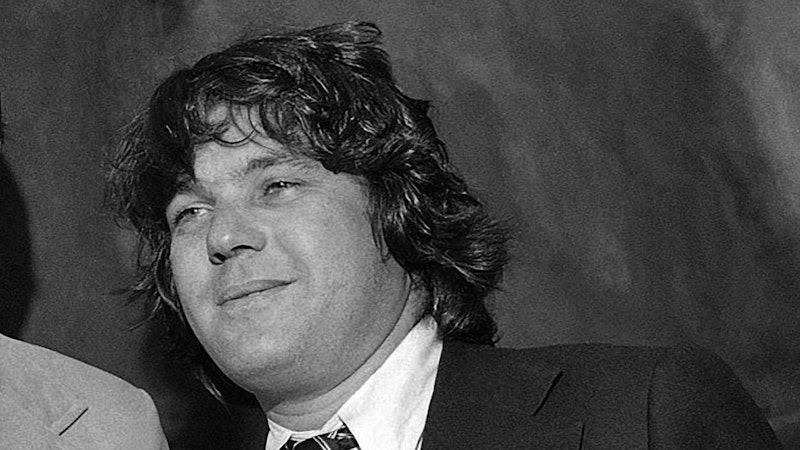 Last Sunday I read Maureen Dowd’s fawning profile of Rolling Stone founder Jann Wenner—they’re not so different, as both have made a career of sucking up to powerful people, although the latter more than the former; and Dowd paints the 76-year-old former publisher as a kind of Jumpin’ Jack Flash—and successfully staved off indigestion. The peg of Dowd’s visit to Wenner’s “spectacular modern home” in Montauk was this week’s release of his memoir Like a Rolling Stone, but perhaps the story was the price to pay for a chef-prepared dinner of “gazpacho with caviar and roasted Montauk black sea bass and rose.” Maybe that’s too cynical, but when, at least temporarily, visiting Dowdworld and Wennerworld, it’s hard to avoid. I’d have appreciated an acknowledgement that Wenner is a narcissistic combo of Bill Clinton and Donald Trump, but that wasn’t on the menu.

Just as I doubt that the young Dowd was much of a Rolling Stone (or Rolling Stones) fan—and, like me, she came of age when the biweekly had an extraordinary six-year run as the most exciting magazine in America—her story reads as if she (or an intern) cherry-picked “juicy” passages from the book and just riffed from there. (As it happens, I read the entire 592-page book for a Spectator World review in the September issue, not online yet; it was horrid and absent the assignment I wouldn’t have touched it. Fortunately, I read most of it on a round-trip flight to Los Angeles; non-fiction hasn’t been on my plate for years, and while rolling my eyes at Wenner’s list of encounters with Democratic politicians and “rock” royalty, I resented the necessity of putting aside several Robin Yocum novels to complete the assignment.)

It doesn’t take Dowd long to rev up puffery machine: “That wild energy is how, in 1967 when he was a 21-year-old enfant terrible, he created a magazine that chronicled a generation [in truth RS chronicled Wenner himself more than a “generation”], serving up a flambe of music, drugs, alcohol, sex and politics. It was, to use a Wenner phrase, ‘a king hell spectacle.’ Boomers may be a punchline now, but back then, they were groovy.”

Never mind that the very word “groovy” had a shorter shelf life than Nehru jackets, using the cliché “enfant terrible” to describe the young Wenner (who claimed, in his book that he stayed in bed for four days at his UC Berkeley dorm room after JFK, “our beautiful president,” was assassinated) was likely a favor to her subject, and maybe a come-on to get invited back to Montauk. Wenner was, as a young man, smart, conniving, unctuous, and often imaginative (such as the audacious purchase of a $7000 full page advertisement in The New York Times for his magazine’s excellent 1969 “Groupies” issue, a risky bet that paid off), but he wasn’t rebellious or typically counter-culture. Despite a love of music (and desire to meet and impress his idols in that world) and full immersion into the “flambe” of drugs and sex, he used Fighting The Man as a means to becoming The Man. Dowd doesn’t even mention Rolling Stone’s immediate predecessor, the more cerebral Crawdaddy (founded in 1966), started by the late Paul Williams, and Wenner gives it short, dismissive shrift in his book. I think it’s unlikely that RS would’ve begun without Crawdaddy, which was the first “alternative” publication to take pop music seriously, but at this point I don’t suppose that matters. Wenner, like Hugh Hefner, 14 years before him with Playboy, recognized a consumer opening and had the ambition to make it very lucrative and influential.

Dowd, taking Wenner’s cue, goes on about the apparently genuine friendship between the publisher and Bruce Springsteen (today’s Ambassador of Rock ‘n’ Roll, professional friend of Barack Obama and champion of working people from behind his gated mansion), although it shouldn’t be forgotten that it was Jon Landau (a RS contributor) in 1974 writing in Boston’s Real Paper, “I saw rock and roll future and its name is Bruce Springsteen.” That line, often taken out of context, was the most famous written about Springsteen pre-Born to Run, and not coincidentally led to Landau becoming Springsteen’s manager. Rolling Stone missed out!

I stopped taking Rolling Stone too seriously around 1977, after the magazine moved to New York, ditched its cool quarter-fold format and began featuring celebrities on its covers. The magazine was behind the curve on punk and New Wave and was coasting (although very profitably) 10 years after its inception. Not that all creativity was sapped, although in different departments. As Dowd writes: “Mr. Wenner ran an ad campaign in 1985 called ‘Perception vs. Reality’ to shed the magazine’s hippie image. There were contrasting pictures of pot brownies with Haagen Dazs; coins with an American Express card; George McGovern with Ronald Reagan.’” It was a brilliant string of ads, as opposed to journalism, and undoubtedly had the cash registers ringing.

This is my boiled-down view of the book (from The World Spectator): “In Like A Rolling Stone, the reader is attacked by name-dropping on almost every page. He refers to friends as Bob, Mick, Keith, John, Boz, Bette, Bruce—no last names necessary. Wenner pounds away at his advocacy for combatting climate change, yet that bloviating is interspersed with recollections of his private planes, palatial homes and gas-guzzling vehicles. I’d bet his ‘carbon footprint’ is even larger than John Kerry’s, the 2004 presidential candidate whose campaign Wenner was allegedly a major player in, just as he was in Al Gore’s in 2000.”

It’s said that Wenner’s memoir is a reaction to Joe Hagan’s 2017 biography of Rolling Stone, Sticky Fingers, a pretty good book for which Wenner initially cooperated with Hagen, but was later, naturally, pissed off at the final product. Wenner doesn’t matter anymore in the music (or political) industry, and for the limited number of readers who remain interested in the drama and antics of a long-ago cultural touchstone, Hagan has the upper hand.