He never said, “You dirty rat!” 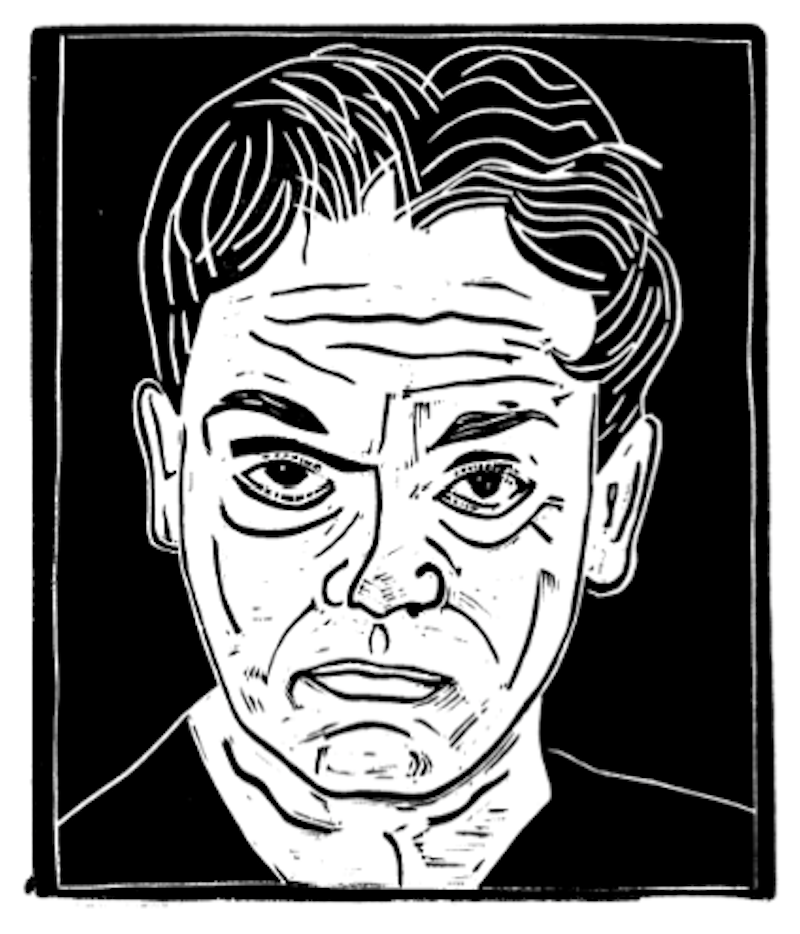 James Cagney was a force of nature. Quiet and introspective off the set, once the camera rolled he exploded like an untethered pit bull. He spoke in a rat-a-tat machine-gun cadence with deadpan comic timing and ruthless wit. Orson Welles called him “the greatest actor to ever appear in front of a camera.”

He was born in 1899 on New York’s Lower East Side. His father was an Irish bartender, his mother a Norwegian ship captain’s daughter. Raised in poverty, he helped his family survive by earning money in bare-fisted boxing matches.

Cagney’s breakout movie performance came in 1931 when he played vicious killer Tom Powers in Public Enemy. The film featured the famous grapefruit scene where Cagney smashes a grapefruit into co-star Mae Clark's face. The scene was actually a practical joke Cagney and Clark played on the crew. Director William Wellman loved it so much he left it in the film. Cagney claimed he was offered free grapefruits in restaurants for the next 20 years.

In those days, film gunplay involved live ammunition. Producers hired skilled marksmen to shoot low velocity bullets through windows and into walls. In the 1932 film Taxi, Cagney was nearly shot. He refused to work with live bullets again.

Cagney once told Frank Sinatra the secret to creating likable gangsters. “Be as tough as you want but sprinkle the goodies for laughs. Anything they can laugh at they can’t hate.” He was one of the founding members of the Screen Actors Guild. In 1935, he sued Warner Brothers for breach of contract, becoming the first actor to win a lawsuit against a Hollywood Studio. Jack Warner promptly dubbed him "The Professional Againster."

In 1938, Cagney starred with Pat O’Brien in Angels With Dirty Faces. Cagney played a gangster, O’Brien a priest. The film had a gritty realism with supporting roles played by Humphrey Bogart and the Dead End Kids. The final scene where Cagney is dragged screaming to the electric chair is an iconic moment in film history.

Cagney gained a reputation as a left-wing radical due to his support of Franklin Roosevelt and his ongoing battles with the studios. Yearning to change his image, he pursued the role of song and dance man George M. Cohan in the ultra-patriotic film Yankee Doodle Dandy. The part won him a Best Actor Academy Award. From 1942-44, Cagney served as president of the Screen Actors Guild. He was determined to prevent the mafia from infiltrating Hollywood. According to Cagney’s autobiography, the mob planned to murder him by dropping a 200-pound klieg light on his head. The plan was stopped at the insistence of actor George Raft, who used his mob connections to cancel the hit.

In 1949, Cagney appeared in White Heat, arguably the greatest gangster movie ever made. His character, psychotic killer Cody Jarrett, suffers from an unresolved Oedipal Complex leaving him prone to headaches and violent outbursts. The prison scene where Cagney goes berserk and fights an army of guards shows him at the peak of his powers. The film ends with Cagney atop a gas storage tank yelling one of his most famous lines, "Made it ma! Top of the world.” A moment later the tank explodes in an apocalyptic mushroom cloud.

Cagney never actually uttered his other famous film line, “You dirty rat!” The closest he came was the film Taxi when he says, “Come out and take it you yellow-bellied rat.” Several Hollywood stars, including Marlon Brando and Clint Eastwood, have claimed Cagney as their inspiration to become an actor. Cagney’s eccentricities were copied by Jack Nicholson in The Shining, Malcolm McDowell in A Clockwork Orange and Heath Ledger in The Dark Knight. Eastwood said the scene in Dirty Harry where he eats a hot dog during a shootout was a direct copy of Cagney eating a chicken leg and shooting a guy in the trunk of a car from White Heat.

Cagney retired from acting in 1961 after appearing in Billy Wilder’s One, Two, Three. He turned down the role of Hyman Roth in The Godfather, Part II. In 1981, he played a small part in Ragtime despite ongoing battles with diabetes and sciatica. He spent his final years on a farm in Dutchess County, New York, raising horses, sailing, and writing poetry. His political views became more conservative and he helped his friend Ronald Reagan run for president. Cagney remained married to wife Frances for 64 years until his death from a heart attack in 1986. Ronald Reagan delivered the eulogy at his funeral.