And Then Society Will Accept Me 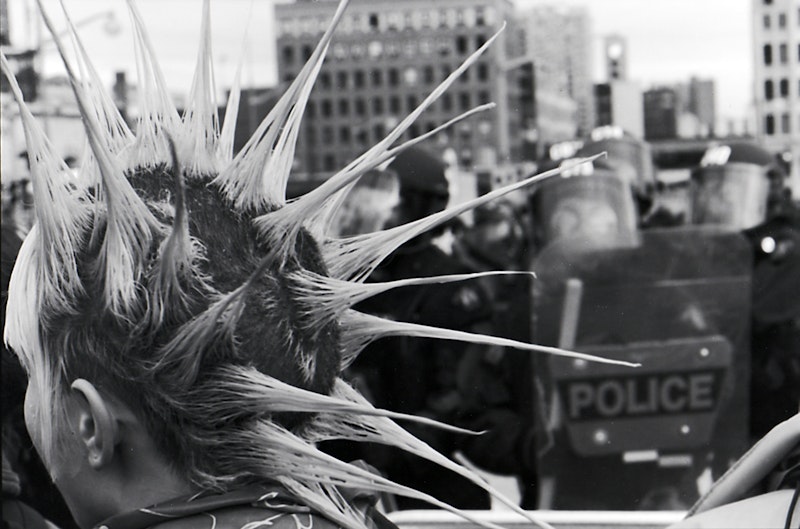 Kay Lahusen: And so we took a lot of pictures of the backs of heads. But it was almost something at the edge of my consciousness.

John Lewis: It was on our literature on our letterhead, on posters, on everything.

Lahusen: The activism was in the bigger city, in New York and then in Washington.

Lewis: We went from there to different homes in the city of Montgomery.

Lahusen: These guys were out there cruising in a very circumspect way.

Lewis: That kind of action kept going. When they denied us service, we left.

Lahusen: Well yes, but I think what we have to understand is that there are some people who, even though they may have gay proclivities, they may be primarily gay, partly gay, whatever, they nonetheless are just not cut out psychologically to go against the crowd.

Lewis: After taking the showers in twos, you were placed in a cell and given a Mississippi undershirt and a pair of shorts.

Lahusen: And then, of course, a little later, the hippie phenomenon hit and everybody was busy dressing down and looking very disheveled. You put on a skirt. You hold on a good job. And then society will accept you.

Lewis: I think we were literally lucky, all of us, for no one to be seriously hurt or killed.

Lahusen: I hate to use that phrase, but perhaps mainstream is better.

Lewis: That's why I think it's dangerous.

Lewis: When you got near the station you had this eerie feeling. It must have been about ten or ten-thirty on a Saturday and you didn't see anything and all at once, when the bus pulled up and we started out of the bus, an angry mob of about a thousand people came toward the bus.

Lahusen: That's the way it had to get started.