Segregation and Reverse Racism: Why My Wife Was Targeted on the CTA Because of Her Race

While riding Chicago's CTA train line, my wife was told she shouldn't be allowed a seat because of her race. 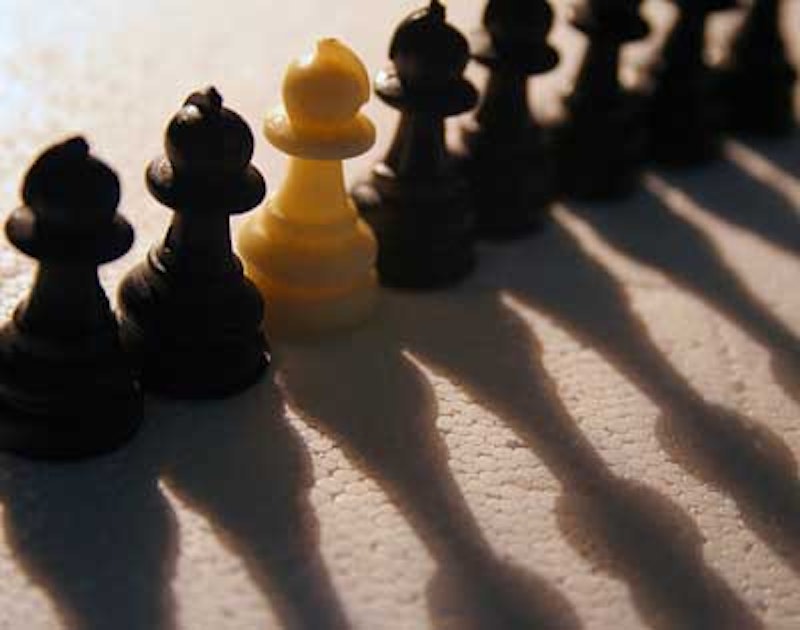 My wife is white, and she was taking the train to the Southside where we live. The train was crowded, almost entirely with African-Americans. One black man saw her sitting, and harassed her for the entire 20-minute train ride. How dare you be here when you know that this is a black train going to the black Southside, he told her. "Here's this white women taking a seat. Are there any black women who need a seat? Or any black men. Or anybody?" He talked at length about how white people disrespect black people. He kept repeating, "You think you don't have anything to do with it, but you have to pay." It was that "you have to pay" that my wife found especially worrisome. Other people on the train punctuated his dialogue with laughter or shouts of encouragement.

She got home safely and was none the worse for wear. And nothing like this has ever happened to her before; she doesn't feel unsafe taking the train as a rule, and not infrequently chats pleasantly with fellow riders. Still this incident was obviously very uncomfortable, and more than a little frightening. It also shows, I think, that the liberal default claim that "there is no reverse racism" is not entirely accurate. My wife was harassed, threatened, and told that she should not be allowed to use public facilities because of the color of her skin. It's hard to imagine how you could define racism in such a way that her experience wouldn't qualify. Certainly, if the reverse had happened—if on a train full of white people going to the Northside, a black person had been singled out and harassed on the basis of her race while other white onlookers cheered—it would be considered racism, and rightfully so.

There are a couple of possible takeaways here. First is the obvious point that black people, like white people, can be hateful if given the chance. That hatefulness can take a number of forms, but one is racial prejudice.

I don't mean that the history of white oppression is an excuse for what happened to my wife. There isn't any excuse for it, and treating people as if the sin of their skin color trumps who they are as individuals is simply a restatement of racism, not a mitigation of it. Rather, what I'm saying is that the black-on-white racism directed against my wife was made possible by the structural white-on-black racism that has shaped Chicago.

In a recent piece at Counterpunch, Tanya Golash-Boza argues that racism harms not just black people, but white people as well. She points out, for example, that when qualified people of color are passed over for advancement, less qualified white people get the jobs, so that "mediocre white people are teaching our children, leading community businesses, and fixing our telephones." She adds that the structural concentration of wealth in the U.S. goes, not to all white people, but to a select few, so that racism is part of a system in which most black and white people "are fighting over the crumbs."

My wife's experience could be seen as another, even more direct way in which structural racism against black people can, in particular circumstances, result in harm to white people. The creation of racial difference and of segregation results in categorization on the basis of race.

Golash-Boza concludes: "Once we see the harm that racism causes all people in our society, it will be easier to form multi-racial coalitions to eliminate racism." I'd like that to be true. But I think that when pointing out the harm that racism does whites, it's important to realize that those harms are accidental—a kind of gratuitous fall-out of the hate and misery intentionally targeted at black people.

My wife's story is the story of Chicago's Southside, which is the story of America, which is in a lot of very important ways the story of racism. Doing a cost-benefit analysis on how and whether racism hurts white people can elide the uncomfortable fact that racism is entwined with the very existence of "white people" as a category, and for that matter with American (and certainly with Chicago) identity and history. Wanting to get rid of racism, then, isn’t so much about cost-benefit analysis. Rather it's about no longer wanting hatred to be what we live with, day in and day out, what we see in the faces around us, and what we come home to every night.