It's All Total Numbness

Robin Williams is just the latest casualty of depression. 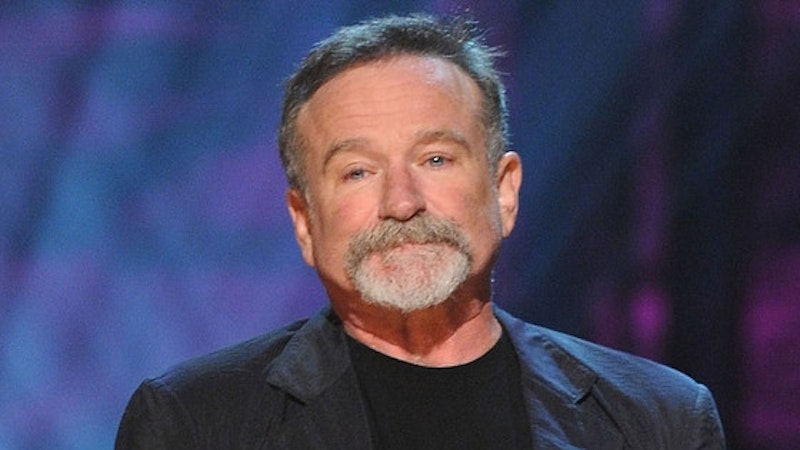 The first movie I saw that made me comfortable with being gay was The Birdcage. Robin Williams and Nathan Lane star as lovers who pretend to act straight in order to placate their son’s girlfriend and her rigid family. I loved the movie so much that in junior year of college my roommates and I called our house “The Birdcage.” We’d wear ridiculous hats and drink wine out of coffee mugs as we watched the film. I had just come out a year ago, and things were looking up.

Friends texted to let me know Robin Williams had died. It was reported in the past that Williams had struggled with drug use and depression; but it was mostly brushed off. He does stand up! How could a man who makes people laugh for a living possibly be depressed? There’ve been articles published after Williams’ suicide about the correlation between substance abuse and suicide. People mistake depression for sadness, but most of the time it’s numbness. Those desperate to feel anything will sometimes turn to drugs just for a sign that they’re still alive inside. The path is insidious; it is slow and almost always undetectable.

When I was in the sinkhole of depression and could barely stand to dress myself in the morning, I always managed to show up to work with a smile. I cautiously and carefully avoided social interactions outside of class and work with polite denials. When forced to do something with other people I’d paint a fake smile on my face. At dinners with friends I’d laugh at the right moments, nod when I was supposed to, and acted outraged when someone brought up their ex. I played my part perfectly; my friends never knew I went home and undressed lying under my ceiling fan naked for hours numb and cold.

The most sinister thing about depression is that it can claim the life of anyone. It could overtake your best friend, your parents, or even the mailman who smiles and waves every day as you pass him in your car. It knows no socio-economic or racial barriers, claiming whomever it wants. My heart aches for Williams’ family, but it also aches for all the people who are battling depression.