A New Era of Dungeons & Dragons 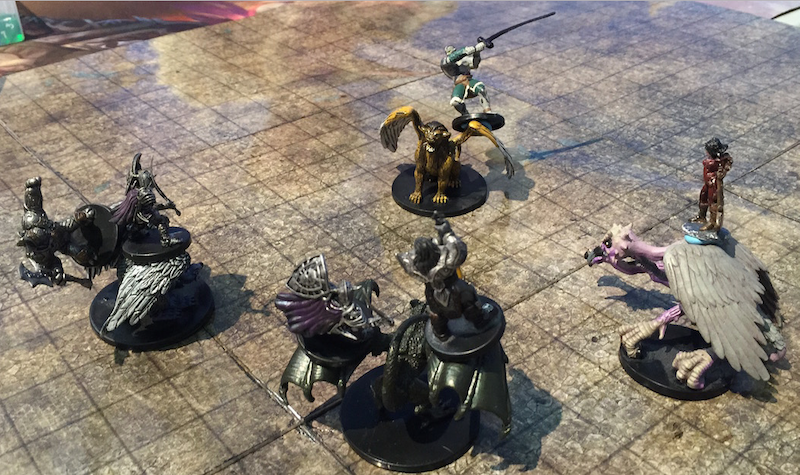 If there were any game that could be considered the hallmark of geekdom, it’d be Dungeons & Dragons. Known for its usage of odd-shaped dice and existing in a Tolkienesque universe of swords and sorcery, the game has a history as long and winding as the heroic adventures that it seeks to emulate. What began as a pet project between Gary Gygax and Dave Arneson went through a rise, fall, and rebirth that led the game to become more popular than ever.

Dungeons & Dragons works differently than a traditional board game such as Monopoly. One of the participants takes the role of a Dungeonmaster (or DM), who constructs the narrative and reacts to the player’s action. The other participants, simply referred to as players, are adventurers in a medieval fantasy setting. Players and the Dungeonmaster roll dice to determine outcomes. Often, sessions of the game are tied together in what is known as a “campaign.” But this has been the way the game has functioned for many years. Why is there such a renewed interest now?

The cause of this resurgence was the release of the fifth edition of the game. After poor reception of the fourth edition, game publisher Wizards of the Coast went back to the drawing board when constructing the next one. In comparison to previous iterations, the game is easier for newer players to jump in. Additionally, more rules are left to the Dungeonmaster’s discretion, which prevents long pauses of looking through rulebooks.

Not only does the game have a new life, but it’s also cultivated a thriving player community. In fact, the Dungeons & Dragons fifth edition Facebook group is by far the largest community devoted to the game. There are also ways of facilitating play online through services such as roll20 or Fantasy Grounds. Players also exchange house rules, original (“homebrew”) campaign settings, and artwork online.

But the best experience that Dungeons & Dragons has to offer is in meeting face-to-face. Similar to the new wave of board gaming, tabletop roleplaying games such as Dungeons & Dragons are making a comeback due to their emphasis on social interaction. This is especially attractive to Millennials, who are growing disillusioned at the often-solitary nature of modern video games. The story-based nature of the tabletop roleplaying game also instills a sense of continuity. Some players loyally follow a single campaign for years.

However, Dungeons & Dragons remains the juggernaut of the industry. It’s a name well known by the general public, and has once again found its place in popular culture. For many tabletop enthusiasts, this is nothing but good news. After all, in a tabletop roleplaying game, the only limit is one’s imagination.