A real famous person! Not that we, like, care about celebrities or anything. 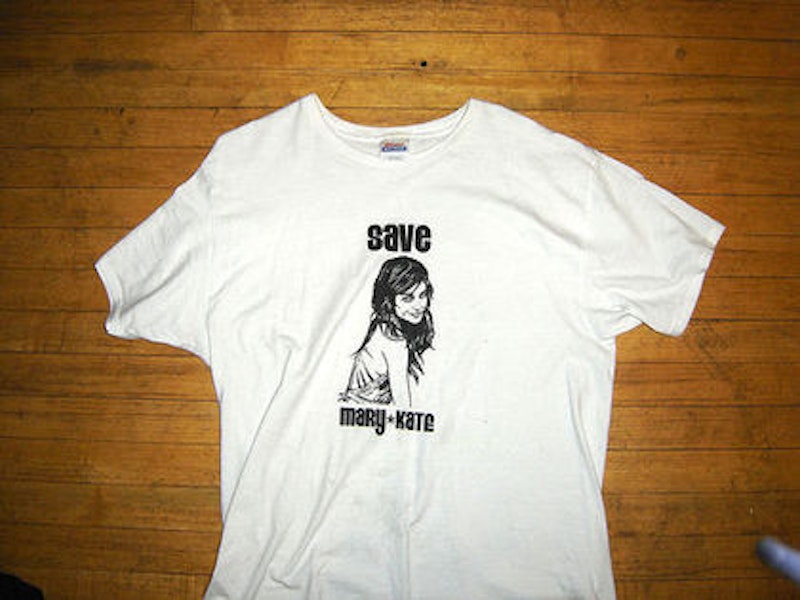 The first question they ask you is always the same: "Who have you seen?"

As if my time living in Los Angeles wasn't complete until I locked eyes with at least one celebrity. As if I collected star maps. As if I watched TMZ. As if I waited just outside the gates, standing with the other insects, for a profile, or maybe just a silhouette, in the backseat of a black SUV, driving away.

I've been here for six months, and the only celebrities I've seen are what’s-his-name, tip-of-the-tongue, and might-have-beens.

But this morning, I saw a real one. A big one. One you would know.

Celebrity sightings have inspired people to create their own celebrity blogs to blog about celebrities, and finally become celebrities so they can blog about themselves blogging about celebrities. This happens all of the time. It's like writing a sad poem after the death of a grandparent. Everybody does it.

My friend BJ was leaving town last night after a summer in LA as an intern for a celebrity director. I offered to drive him to the airport this morning before work—one of those tipsy favors you're willing to offer at a quarter after midnight. Usually, you're still just as willing at 7 a.m., but by then you've realized that, for instance, a trip to the airport also necessitates a night on a mattress in Crenshaw, a morning spent in traffic, and a bit of creativity: some creative toothpaste (Wrigley's chewing gum), a creative shower (Banana Republic cologne) and, finally, some creative wardrobe (yesterday's, but without the collared shirt).

Those additional favors weren't on the table the night before. But I went along with them anyways and they led me to a Starbucks on Venice, about an hour early for work. I sat down near the window, drinking my coffee, reading a book about a man who goes to Nicaragua to sit by a window and drink coffee (and also kill a guy). It was boring, really—the type of experience Starbucks works so hard to create, so naturally my eyes wandered off the page and searched the room until I found something interesting.

And interesting she was—a short girl with a baggy flannel shirt and skinny black pants. She was a dichotomous one, this girl. Her hair was almost white and her face strong. Her fashion was at once old and new, nostalgic and fashion-forward. I couldn't look away—she was either the youngest old person I'd ever seen or the oldest young person. Like the world's tallest midget.

I stared at her as she walked in. I got the faintest impression she was staring back at me through her sunglasses. She ordered, paid, and walked past me again. This time with her sunglasses in her hand, waiting for her coffee to percolate. This time I could see that my beloved, beautiful old/young girl was in fact Ashley Olsen. Or Mary-Kate. One of the two.

The most obvious advantage of being a writer is that you have complete control over how the story is told. For instance, I could write that I gave the Olsen sibling a defiant and strong look, meeting and holding her gaze as she met mine. I could say that I looked rugged and awake after my night away from home.

If she were writing, the Olsen twin would probably describe how I stared at her in a way that revealed a lack of anything resembling manners or class or taste. How I was obliviously sucking the frosting from an apple fritter off my thumb. How I looked like I hadn't taken a shower yet. How I was just another guy who thought the nature of celebrity was preposterous and wrong and yet just … could not … look away.

Maybe she has a blog I could check.