The outstanding (Before We Die), mid-pack (Chicago PD) and pretty shitty (Blue Bloods). 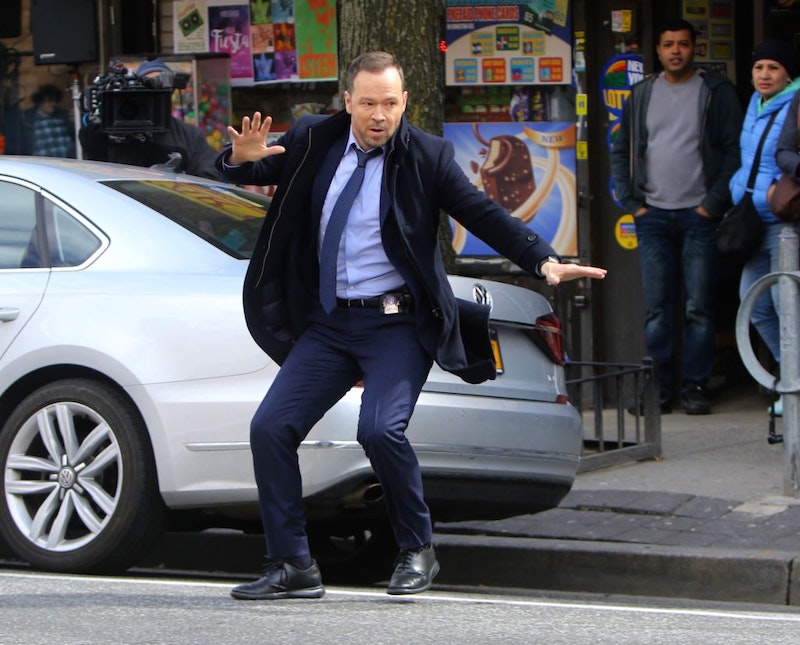 An online friend, Michael Maiello (who’s written for Splice Today) has an engaging Substack, “Middlebrow Musings,” that I read each time a new entry appears. (I believe it’s free, although I intend to subscribe the moment the Red Sox reach .500 in the A.L. East standings.) It’s debatable that what I’m thinking about this week would meet Mike’s “middlebrow” bar, depending on how you describe TV shows. I watch a few hours of TV at night, especially when the MLB season is over, and while not indiscriminate (I ignore cable and network news, any kind of reality show and everything that celebrates celebrities, as well as series built around vampires, sci-fi and anything about the British royals), some might question my taste. That’s okay: I incurred the disbelief of friends who made Mad Men “appointment viewing,” while I thought it ran out of gas after two seasons. The Sopranos, Girls, Breaking Bad, Ozark, The Wire (but not David Simon’s newest, the slow and dull We Own This City) were great TV, above “middlebrow” status, and years ago, upon discovering the brilliant actor John Thaw in the Brit favorite Inspector Morse, I’ve been especially keen on shows made in the UK. Just a sample: Before We Die (starring the incomparable Lesley Sharp and the young Patrick Gibson); MI-5, the far better early-21st century counterpart to 24; Happy Valley with Sarah Lancashire and James Norton; Line of Duty; Nicola Walker’s best series, the brutal Unforgotten, among a slew of shows, all good; Peaky Blinders and Broadchurch.

(Not incidentally, Mike calls dating, cooking and reality shows “the lowest of low middlebrow,” while currently Ozark is “high middlebrow,” as well as The Righteous Gemstones, which I’ve never seen.)

After reading Will Friedwald’s essay in The New York Sun, “A Love Most Enduring,” a valentine-on-roids to Lucille Ball, I took a few minutes to think back to my youth, when I watched re-runs of I Love Lucy—I was too young when the original six seasons aired—which were on all the time on various channels in the rich TV menu that came with living in New York, and though hardly necessary (Mr. Ed and Top Cat notwithstanding) confirmed to myself it was the greatest comedy I’ve ever watched. (I disliked Seinfeld intensely, a minority opinion, and I’ll administer a swift up-and-down-the-river to anyone who thinks that 1990s staple can occupy the same celluloid arena as Lucy, or, for that matter, the short-lived Honeymooners.)

But unlike Friedwald and a few longtime friends who also grew up with the Ricardos and Mertzes, I didn’t even contemplate seeing Being The Ricardos; Nicole Kidman’s a fine actress, and I give J.K. Simmons credit for working his ass off (he’s in every other TV show, as well as scads of commercials: gambling debts?) but casting them as Lucy Ricardo and Fred Mertz, respectively, was impossible, and I didn’t want my memories tainted.

In addition to watching re-runs on summertime or snow days, my father and I had a ritual of tuning in to I Love Lucy every third night or so; he was exhausted after a long day working at his car wash, and would doze, bowl of ice cream in hand, but would perk up immediately at a classic bit, whether it was Fred and Ricky going to a boxing match, Lucy trying to write a novel or Ethel getting into a snit when Lucy implied that she was kind of dumpy and had a loser for a husband. Similar to years later, and to this day, when friends answer questions with a quote, either famous or obscure, from first two Godfathers, as a kid I was pretty good at Lucy-speak. I didn’t desert Lucy as a young adult; in Baltimore in the early-80s re-runs aired at 11 p.m. and if I was home, it was on. I remember one night when a new advertising sales representative at City Paper, the talented Gary Frahm, called me at that hour (bad form always; phone calls after 10 p.m. often bring bad tidings) and chattered about work. I missed the episode, a good one, and was chagrined, though I couldn’t fault Gary for his enthusiasm, which gave the paper’s sales side a jolt of energy.

I’d guess the real outlier for me in the TV department is never missing an episode of Blue Bloods, a run-of-the-mill cop/family procedural that’s currently finishing its 12th season. It makes no sense: I’ve never liked the star Tom Selleck, and haven’t purposely ever watched an earlier show of his or certainly any movies; the rah-rah Irish traditions of the Irish-American clan that’s all involved in law enforcement is embarrassing; the “courageous” and always-keeps-his-nose-clean Will Estes, a police sergeant under Selleck’s position as Police Commissioner, is an awful actor, as is the grandfather Len Cariou. Over the years, I’ve warmed to assistant D.A. Bridget Moynihan (mainly for her interaction with Steve Schirripa, a regular on The Sopranos).

Donnie Wahlberg, who plays the family’s hothead detective, is very entertaining, and maybe I’d ditch the show if he was killed off. (He’s a good actor, and although The Departed couldn’t be much better—save the horrendous Matt Damon—Wahlberg was made for a supporting role in that film, if not given the star power of his brother Mark.) Mercifully, as the years pile on, the directors have cut the Sunday “family dinner” to about a minute, since the “wisdom” dispensed, mostly from Frank and Henry Reagan is reminiscent of old Lifetime movies. One plus is that Blue Bloods hasn’t completely caved into today’s reflexive anti-cop culture, which can’t be said for the reboot of the long-absent Law & Order (Season 21), a stain on that show’s first four seasons that starred Michael Moriarty as a liberal-leaning ADA who says (a paraphrase) in one of his final appearances, “I just want someone to stand up and say, ‘I’m accountable, not society.’” And that was in 1993.

Season 21 of the show, with a more amiable (and older) Sam Waterston reprising his role as DA, and the awful ADA Hugh Dancy as a sanctimonious prig who appears to be mouthing Mother Jones articles, is an advertisement for the Democratic National Committee. The culture of “woke” behavior, importance of CRT in schools, and even the very slightest whiff of racism—mostly blacks, but also women, Asians, Mexicans, transitioning males and females—attempts to burn the dogma in the viewers’ eyes. Not this one: I stopped watching. It’s curious, because creator Dick Wolf, who must have shares in Comcast, given that he has seven NBC shows in rotation currently, doesn’t get so political elsewhere. For example, his Chicago PD is mostly a really good show, and though the last two seasons have ushered in new rules for cops, star Jason Beghe is still a bad motherfucker who bends every rule (and Jesse Lee Sofer and Tracy Spiradokos also kick ass, white, black, yellow and pregnant men). Likewise with another procedural that’s been on the air since 1945, the Mark Harmon vehicle NCIS; there are nods to the walk-on-eggshells culture, but not so much that I turn it off.