I Know What You Mean When You Say “Basic Bitch”

It's not a great phrase. 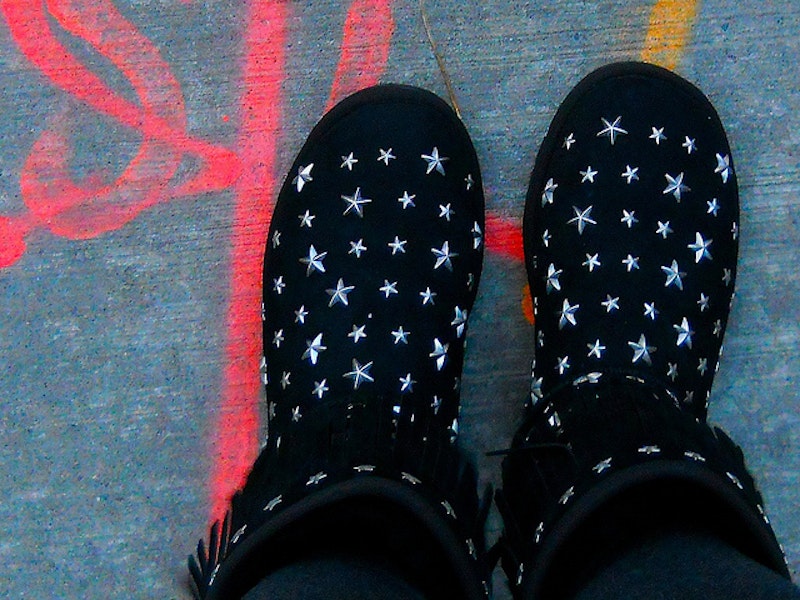 “Basic bitch” is a phrase that your typical Starbucks customer seems to have picked up from your typical hip-hop recording artist. The phrase, new-style, means a standard-issue girl between 15 and 40 who does the same as everybody else in her demographic. Makes the same style choices, buys the same things. Pumpkin-spice lattes at Starbucks, for example. Uggs. I mean, I don't even know what this shit is, but the names come up.

New York Magazine implies that people who say “basic bitch” just want an excuse to use the second word in the term. Could be. I thought people had plenty of chances to use “bitch” in conversation, if they were so inclined, but maybe they need some more. I'd say this one allows them to use “bitch” as a straight-up swap for “woman.” She's a bitch because she has a slot between her legs. “That over there? That's a bitch.” My guess is that at Starbucks this is a new development. I don't really like it myself. I've always hated “dude,” and that was thought up by the gender it's been stuck on. “Bitch” for “woman” has a pack animal feel to it.

“Basic” is interesting because it means different things to hip-hop stars and to people on line for lattes. The hip-hop basic bitch was a woman who didn't measure up to a playa's exacting standards in behavior and/or appearance. She was crappy, defective. Then “basic,” on its own, did some migrating (I get all this from entries at Urban Dictionary) and became much used as the antonym of “classy.” Anybody could be basic, and what she was doing was failing to rise above. She might even be rising below, finding ways to underline how shabby and self-seeking and basic her motivations were. The unafflicted could look at them and say, “Basic.”

This new use for the word is dead-on. It's needed; it gives us an angle we shouldn't lose sight of. The one problem is confusion with traditional “basic,” as in simple and fundamental. That classic sense is the one carried by “basic” in the latte sense of basic bitch. Not crappy and defective, not base and needy, just standard. A term when you're out buying clothes: “I'll get it in basic.” The basic bitch thinks she is saying something when she puts up her Monet poster or plays Pachelbel's “Canon” (humor me here and let these references stand in for more on-target ones). She doesn't know that for her everything has been issued. Smarter women stand by and say, “Basic bitch,” meaning. “Look at that thing with the slot who is like so many other things with slots.” And it does all seem pretty basic.

Recycled apocalyptic headline.  “Graham: 'America Is Just as Wicked as Sodom and Gomorrah Ever Were.'” It's a sign of the times. I saw this on Memeorandum, down beneath a slew of headlines about you know what: diseased hospital workers, dropping markets, Republican Senate candidates, the Middle East going all tilted, those kids on the border. I thought Billy Graham had moved us over into a new column, “Last Days.” He'd taken a look at the news and decided that God's shit storm was coming; maybe selfies had done it. Now he had to get on record that the victim's moral state was the same as that of those two other terminal cases, Sodom and Gomorrah.

Then I saw that the article, a sermon, was being reprinted from January 1962. He's been calling us Sodom and Gomorrah for that long, probably more. Not just headed toward Sodom and Gomorrah, but there already. We've been parked for 50 years or so, and the apocalypse has finally shown up.