Clubbing: UK vs. US

What’s not fun about really hot drunk people who want to get laid? 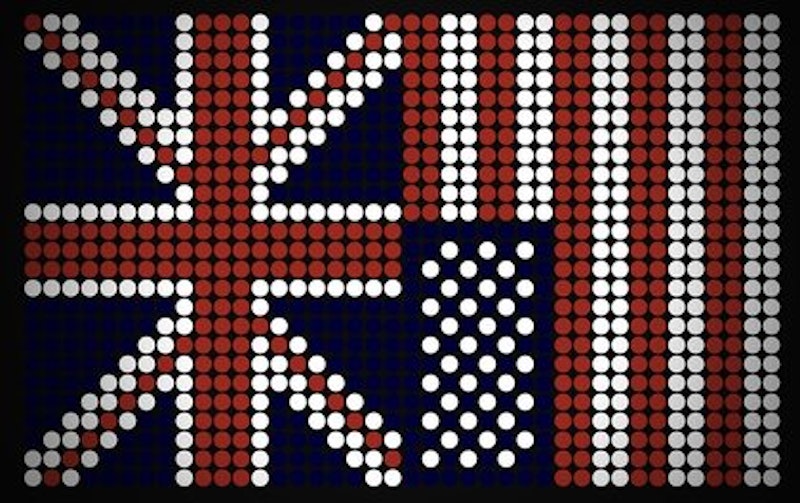 Nightlife is so much fun. Seriously, what’s not fun about being surrounded by really hot drunk people who all want to get laid? I’ve been clubbing since I was 16 and back then I liked being out because it was something saucy that only grown-ups or people with fake IDs could do. In most places in the US you have to be 18 or 21 to go to the club, but a lot of gay clubs are 18 and up because, you know, twinks. I always had that cute young gay twink thing to my advantage and that helped me get into places. I never had a fake ID but I used to do this thing to door guys where I’d pretend to be foreign. Sometimes they’d give me an annoyed eyeroll but let me through anyway; other times I wasn’t so lucky. Anyway, I recently moved to London from New York and the club culture here is way different than in the U.S. Not necessarily better, just different. If you really want to get to know a new place I highly recommend spending some time in its clubs (the bathroom stalls especially). Here are the major differences between the club cultures of the U.S. and the UK.

There Is Much Less Humping In the UK: In America the whole point of going out is to get humped on by someone who looks super hot (until the lights come on) and you dance so close that you can feel their breasts or nice hot cock. Everybody’s always humping, and I don’t mind but sometimes it can get a little out of control. It’s a pretty risky thing to do when you think about it, because if you suck at humping on a dance floor then you probably suck at sex in bed, too, so chances are you’re not making an optimal first impression. In the UK, most people dance by themselves or close enough that they’re together but still separate. But when the humping happens—and it does happen, usually by Americans studying abroad—it feels less aggressive than in the U.S.

The U.S. Has Way More Fucking Bottle Service: People think they are so cool if they roll up to a club and spend $1000 on a bottle of vodka that probably cost the venue $15. But the joke’s on you. It’s so not cool—it’s just you having some very expensive urine to deal with later on. Bottle service clubs have pretty much ruined nightlife in America. In the U.S., clubs make bottle service the whole point of going out, which is sad because it means all people want to do is be seen drinking shitty expensive alcohol. I once went to this club in Richmond, Virginia that had bottle service, and if you’ve ever been to Richmond, Virginia you would understand why I was so confused. The night I was there, someone pulled up in a black sedan and a chauffer got out and threw a red bathmat down at the person’s feet when he got out of the car. The bathmat made him a VIP, I think.

People In The UK Drink Freely In The Streets: Before I moved to London everyone was all “British people drink so much!,” but it’s not like Americans aren’t busy playing beer pong or guzzling enormous quantities of alcohol out of funny looking hats. The thing is, Americans mostly drink indoors or perhaps out of brown paper bags, which is pretty inconspicuous, whereas people in the UK drink outside. And in front of cops, too! Public drinking will get you arrested in the U.S., and I think you’re not supposed to do it in the UK, either. People drink on the night bus, at the pub, and even out of wine glasses on the street. The best was when I was walking down one busy party street on a Saturday night and saw someone expertly bust open her beer on a fire hydrant. Ok, gurl!

Clubs Close Way Too Early In The U.S.: When I was in college all the local clubs and bars in the area closed at two a.m. on the nose, and that meant the club actually closed at 1:30 and everyone had to be out and the doors clinched shut right at two. That’s the way it is in a lot of places in the U.S., even big cities like Los Angeles and Chicago, probably so everyone can make it to church on time. Two a.m. closing time seemed pretty normal until I moved here, where marathon parties and club nights often stretch out to eight a.m. or later. You rave differently when you know the function stops at two, especially because doors probably won’t open until 10. And who wants to be anywhere before midnight?

Peak-time In The UK Is Four A.M. When People In The U.S. Are Already Home: Not every venue in the UK closes super late or stays open way past four a.m., but the one big difference about a club culture that’s open so much later than two is that peak-time on the dance floor is three or four, and sometimes later. I’ve seen so many big underground DJs perform in clubs here that by now I know they almost never go on until at least three or four, so you’d better have enough pills to keep you going till then. One of my favorite parties starts at five and goes until three p.m., a pretty freaking unusual clubbing timeframe for an American. There’s something really exciting (also #bleak) about staying out dancing until the sun comes up then swallowing carbs at the nearest McDonald’s. I love going dancing at 10 on a Sunday morning mostly because spaces are somewhat less crowded and you avoid all the fist-pumping bridge and tunnel idiots who scream every time the bass drops.

The U.S. Is Top 40 And EDM Focused And Nobody Really Cares About The Music: The unfortunate thing about club culture in America is that everything is so driven by bubble gum commercialism that you have to dig around to find the right spots if you want to hear good music, otherwise it’s pretty much just four hours of Britney Spears remixes. I’m here for a Britney Spears remix when I’ve had enough cocktails. But I go out because I love dance music—I love dancing to unexpected poundy music I’ve never heard before, played on a huge, expensive sound system where the bass is really fucking you senseless. I’ve never understood why people shell out $10 for a cab to pay a $10 door charge to spend $30+ on drinks, and all this to hear music you probably already heard in the cab on the way to the club. Why?

People Face The DJ In The UK And They Clap After DJ Sets: I thought it was so strange when I went to my first club in London and saw that almost everyone faced the DJ. In the U.S. people are usually scattered around the dance floor and nobody pays the DJ any attention unless they feel the urge to ruin everything and ask him to play some dumb song from 2003. Facing the DJ is kind of a weird thing to do if you think about it because there’s not that much to see—just a dude pressing some cool neon buttons. But it shows how much bigger or maybe how much more of an art form DJ culture is in Europe than it is in the US.

Being Drunk On the Night Bus Is So Much Fun!: My first weekend in London I got on a night bus and somebody puked down the stairs, a scary experience because when someone pukes down the stairs of the bus you’re pretty much in the splash zone if you’re not in the right spot. When some drunken party bro pukes on the night bus it has to go out of service and the driver makes you leave and wait on the next bus. Cool! But we were all having so much fun, just a bunch of hammered people trapped on a bus screaming and singing and flashing everyone! Most people in the U.S. drive to their clubs, and I don’t know anyone in New York who ever took the bus to go out. You jump in a cab or you take the subway, a big gamble because chances are you’ll be waiting either five or 35 minutes for the next train back to Brooklyn, a thing nobody tells you when you first move to Crown Heights. Everyone here takes the night bus on the weekend so it really does feel like a party on a bus—which can either be so fun or literally the worst.

In The UK Some Of The Best Club Nights Aren't Even In Nightclubs: Clubs, in the UK and the U.S., do this thing where they make their interiors overly sleek and glamorous as if that’s the only way to do nightlife. I’m so sick of cheesy nightclubs that look like they’re supposed to be in Vegas. Nightclubs are supposed to give you a vibe, to be a destination, and that’s part of the magic of a night out. What I love about clubbing in the UK is that there are so many more nontraditional places to have parties, like abandoned subway stations, warehouses, factories, parking lots, and other spaces that have been “stolen” from their original thing and turned into a safe zone for doing ecstasy and giving blowjobs in bathroom stalls. From Manchester to Berlin and Detroit to New York, the most memorable clubs in history have almost always been in surprising, unusual locations. Detroit is the only American city left that is still affordable enough and still has so much dumped real estate for some really creative nightlife to make it to the global stage. And until then, you’ll probably find me on a night bus somewhere in London.