How To Spiritually Survive the Economy as a Twentysomething 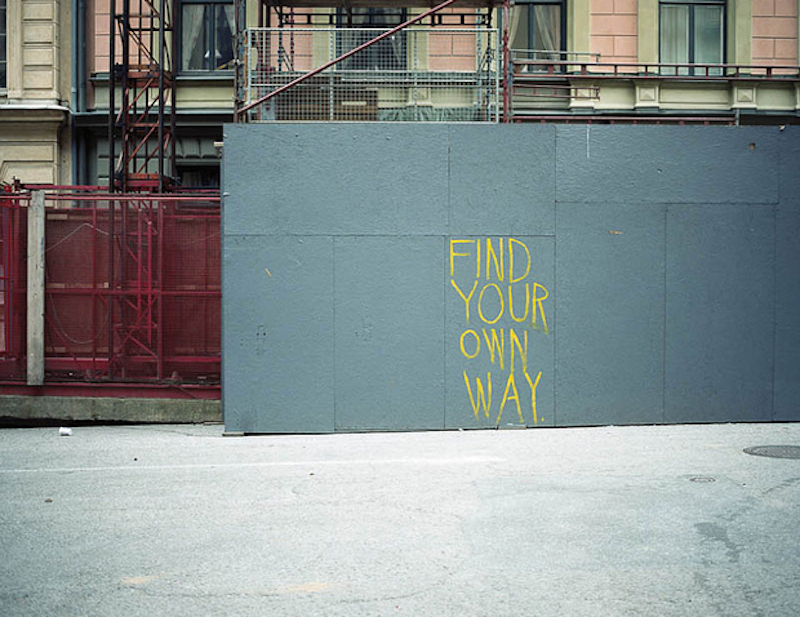 I’d quickly worked my way up the corporate ladder, which for a twentysomething with a liberal arts degree meant the non-profit ladder. It also meant I was overworked, underpaid and lacking a life outside of my “career.” Still, I was lucky to receive a paycheck, because others were unemployed or even worse, working and not getting paid. They call this an internship. They say internships will get your foot in the door, even if you’ve already graduated college. Never mind that everyone has to pay rent, eat, wear clothes, and be properly groomed to function in everyday society. The whole world has become one giant internship.

One day back in April I quit my job, flew to Europe for a couple of weeks to hang out with my girlfriend, and then came back to America. With no job I just sat for a while and thought about what I wanted, what was important to me, what had value. It became apparent that the middle class no longer exists. I worked long hours, advanced in my field, and yet I could barely afford a life that featured a small studio apartment, with no car, new clothes or new gadgets. No nothing. It barely even included friends because there just wasn’t time for friends. Things were so bad that last summer when I blew my knee out and had to get surgery, my entire savings account was deplete from physical therapy sessions, and this was while I was on my mother’s fancy health insurance.

The acronym DABDA is associated with the Kubler-Ross model for the five stages of grief. It starts with denial, followed by anger, bargaining, depression, and ends with acceptance. As pragmatists point out, we’re all dying, but this death I was experiencing was not a physical death, but rather a spiritual one. At first I denied that I loathed my day-to-day existence. My justification was that the hard work would look good on my resume, and even though the pay was meager, I was still doing well for someone my age. I told myself that this was the life of an adult. People lose touch, get sucked into their careers, start families, retire, and then physically die.

Then came the anger. I tried blaming my parents for not honing a sharper view of the real world for me. I developed a “woe is me” attitude towards the government and society. I even thought about going to grad school.

When offered a promotion at the non-profit network, I bargained with myself. They wanted at least a two-year commitment. For a moment I decided that I could manage suffering for those two years for the slightly increased pay conjoined with slightly increased hours. Depression soon followed. My co-workers complained to my supervisor, claiming I had checked out and was just going through the motions. They were right. That’s exactly what I was doing because I had hit my spiritual rock bottom.

My fifth grade teacher once told our class that we had to learn cursive to get through middle school. In high school I was convinced that in order for anyone to get out of our small, drugged out town, they had to go to college. Countless people told me it was a good idea to just finish up my degree after I had dropped out after two years. They said it would be a “good thing to have” and their reasoning was, “just because.” This was all false; the outcomes to life are not that simple. Four-fifths of the way through the stages of grieving I found myself with a dilemma; do I accept my fate and spiritually evaporate, or do I take action and redefine who I am?

I completed my spiritual grieving, but didn’t accept my spiritual death. My generation may not be as entitled as our predecessors, but it’s become clear we don’t share the same values. If you have an unnerving feeling in your gut from not understanding how to navigate the world, don’t worry, it’s not you. The current framework is outdated. Instead of trying to fit into the old framework, we have the opportunity to build a new one and guide it in the right direction.