How 9/11 Sucked the Fun Out Of America

The country's response to that tragedy achieved little and made everyday actions seem grim. 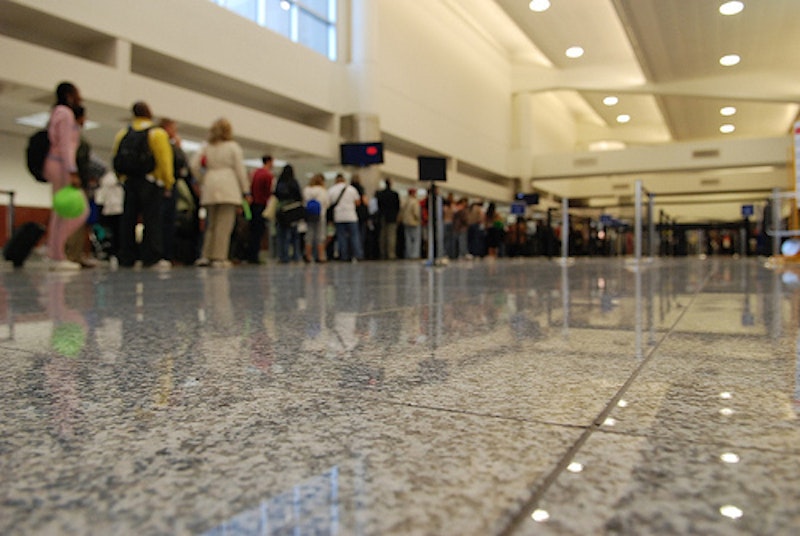 As the four men in The Hangover drive to Los Vegas for a bachelor party weekend, the creepy idiot savant brother of the bride-to-be leafs through a how-to guide on counting cards. Alan (played by Zach Galifianakis) argues for a coordinated effort. It doesn't go over so well.

Near as I can tell, the exchange wasn't part of the original script, written by the team of Jon Lucas and Scott Moore. Much of it, especially the last line, has the ring of Galifianakis's stand-up shtick. It was perfectly times and well placed. It told the audience to relax and enjoy this finally post-9/11 movie. As the credits rolled and the boys rolled into Vegas, we were put on notice that they would be allowed to have a little fun again.

And boy was that necessary. Eight years ago, when 19 deranged al Qaeda hijackers pulled off an act of spectacular premeditated violence, we were told that everything had changed. Maybe, maybe not, but the reaction of political leaders and civil society to the attacks sure managed to suck most of the fun out of America.

Nowhere is this seen better than in the angry rejection of President George W. Bush's initial and sensible reaction to the attacks. In addition to asking "every nation to join us" in the "fight of all who believe in progress and pluralism, tolerance and freedom" against those would make war on those things, he had the audacity to beg for "continued participation and confidence" in the American economy.

Now, there was nothing wrong with that request. It came as the economy was teetering, consumer confidence was soft, and everybody was looking to Bush for leadership. He replied that the threat would be dealt with but that people shouldn't let it throw them too much. Yet his opponents, including our current high IQ vice president, affected outrage. Why, Joe Biden said on the stump in his laugh riot of a presidential bid, Bush had told people to "fly and go to the mall!"

Bush's measured words were not even heard by his own bureaucrats. His Transportation Safety Administration proceeded to make flying miserable, with crazy wait times and watch lists and ridiculous restrictions on lotions and such. A sensible reaction to 9/11 would've taken into consideration that the hijackers benefited from assumptions that no longer applied. So, of course, we couldn't have that.

Before 9/11, the U.S. government had encouraged passengers and crews to cooperate with hijackers' orders to fly to Cuba or wherever-to cut down on the chance people would be hurt or killed. After 9/11, the old rules no longer governed. Attempted "shoe bomber" Richard Reid was stopped and nearly torn limb from limb later that year by the passengers of American Airlines Flight 63. In fact, once people figured out what was going on on 9/11, the old rulebook was moot. Four planes were hijacked. Only three made it to their intended targets.

Travel is just one irksome, constant reminder of the fun we lost that day, though I note with scorn that Americans and Canadians must produce passports to cross the 49th parallel. Politics in the 1990s was a real hoot. With the Cold War behind us, we could rib our political opposites about all kinds of things and argue about the appropriate censure for the president getting a blowjob in the Oval Office without worrying that this was distracting us from the Struggle of Our Time. The U.S. government wasn't exactly sedate but it managed to prosecute armed, limited conflicts that didn't threaten to wreck the peace of nations.

We were a fairly carefree people again when historical forces came calling, eight years ago. Our leaders became convinced, for reasons that now fail to convince, that it would be irresponsible to simply hit back, anvil-hard. Instead, we had to spread liberal democracy abroad, and a stultifying pseudo-seriousness at home.