American companies employ those who have served because it’s good for business. 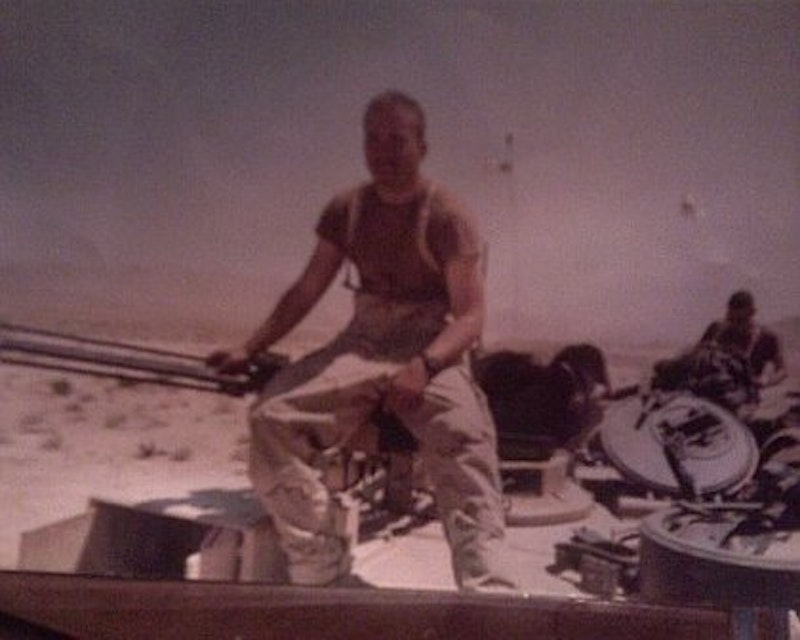 There’s a positive trend in U.S. companies: hiring veterans at a time when those who have served our country are looking for jobs. My younger brother John (pictured) was a Captain in the Army and served our country as a two-time combat veteran of Iraq, and was fortunate to land a fantastic job on his return home.

One of the companies that’s announced hiring of vets is Starbucks. The Seattle Times reported this week their five-year plan to employ over 10,000 military veterans and active-duty spouses. The company’s growth from 200,000 to 500,000 employees globally coincides with the drawdown of troops in Afghanistan that will put more than a million veterans into the workforce in coming years.

Former Secretary of Defense and CIA director Robert Gates, a Starbucks board member, told the press, “This is, in my view, not charity or philanthropy. But in fact, this is good business. These are highly skilled, highly trained people who have significant leadership capabilities, who will add value to Starbucks.”

I’ll toast a salted caramel latte to that.

My brother is my hero. I was 12 when he was born, and when I went away to college, he mailed me letters with quarters taped to them for my laundry. He earned a Bronze Star for actions in combat in Iraq when he was just a young 22-year-old kid who’d graduated from college under the ROTC program and was called to war. He saw things that people that age shouldn’t have to, and they are memories that will haunt him forever. After his second tour as a tank commander, Walmart gave him the career he now has in inventory security.

He told me that Walmart launched the Veterans Welcome Home Commitment program in May, offering jobs to any honorably discharged veteran within his or her first year off active duty, and promised to hire more than 100,000 veterans over the next five years.

“Hiring a veteran can be one of the best business decisions you make,” said Bill Simon, Walmart U.S. president and CEO and U.S. Navy Veteran during the project launch. “We believe Walmart is already the largest private employer of veterans in the country, and we want to hire more. Veterans have a record of performance under pressure. They’re quick learners and team players and are leaders with discipline, training and a passion for service,” Simon continued. “I can think of no better group to lead in revitalizing our economy than those who have served in uniform.”

When I think of how scared our family was when my brother was at war, I still feel sick to my stomach. I sent care packages, putting in them things I’d see on the news that the troops needed and books from the local bookstore. My brother, who never lost his sense of humor even in war, wrote sarcastic letters thanking me for sending books about war history because what else would he want to read about during a war?

When he got home, I took him to the beach for the day with my kids, and managed, horribly, to choose an Eastern Shore beach across from Aberdeen Proving Ground, which was setting off mortars. He thanked me for bringing him to a place where there was sand, and bombs going off, “just like back home in Iraq.” And to this day, we all still get what we call “the freedom speech,” which means for example if I make sausage for breakfast and he wanted bacon, he says “You know what they didn’t have when I was protecting your freedom in Iraq? Bacon.” No one is my life has ever made me laugh harder than my brother. I’m thankful every day that he made it home safely from war; we waited to baptize my son until my brother got home to become his godfather.

I am also thankful that when he returned, he got a job worthy of his selfless service to our country. “Through their service, veterans give us a land of freedom,” said Simon. “When they return, it must be to a land of possibility.”