Hide When You Need To 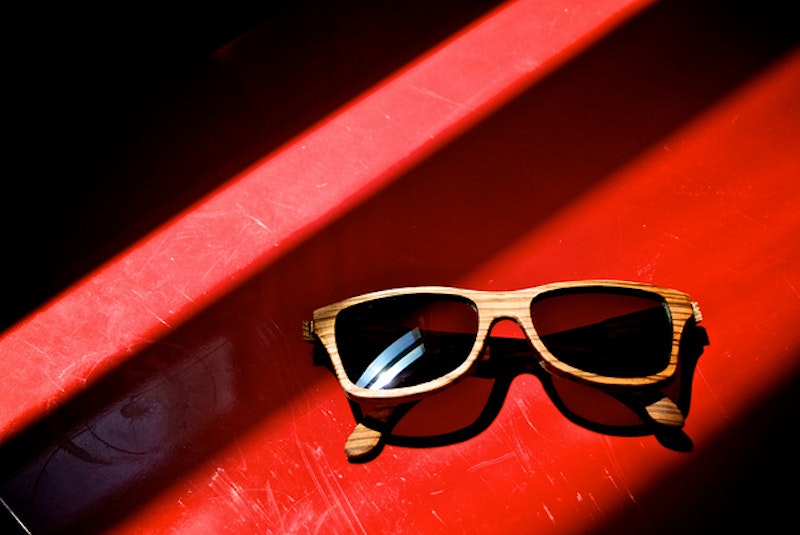 The kinds of people who interest me the most are the ones who have a definitive, if not completely defiant, sense of style. I’ll be cruising down Mercer St. by New York University and get taken aback by a fabulous creature wearing something I’ve never seen before, or in a way that I’ve never seen. It stands out so much that to an untrained eye it looks like pure narcissism. How can you wear a white latex catsuit, sit in Washington Square Park, and not be a complete and total narcissist?

I am painfully shy. I talk a lot about cocks and sequins and everything, but deep inside I’m just a boy who deals with shyness by disappearing into completely ostentatious clothes. The strange thing is I know how to be “on” when it’s time—I know how to be sarcastic, to make a joke, to perform, to be the life of the party. But when it’s not time, I’m incredibly retracted. All my friends know about my shyness, and they especially know that I don’t do well with unfamiliar people. If I don’t know you, there’s almost no way in hell I’m going to talk to you—and if you talk to me first, I might even come off as bitchy and curt. Unavailable. I’ve been told time and again by people after they got to know me that, “Wow, when we first met I thought you were so arrogant” which, okay, is only a little true. But the reality is that I come across that way for the fear of being judged and belittled.

So what’s a shy person to do? You wear sunglasses! In popular culture, sunglasses get fetishized as a glamorous accessory worn by fabulous people like Jackie Kennedy and Anna Wintour, presumably so that Anna can scoff right in your face, or so that Jackie’s eyes are protected from all the camera flashes popping. But when I wear sunglasses or ridiculous clothes, I’m not just making a fashion statement—I’m disappearing. Fabulous sunglasses and outrageous clothes delete you—people can see you, but you don’t really focus on them virtually rendering them invisible.

When you’re a black gay dude who rocks a faux hawk, black PVC pants, sunglasses, and rings on every finger, people stare, okay? I can barely move down the street without somebody calling me a faggot, usually by black men between the ages of 16 and 28. Do you know what it’s like to not be able to leave the house without having somebody verbally insult you? Do you know what it’s like to constantly feel the need to cross the street whenever a group of black boys half your age gets near?

I’ve been dealing with verbal injury for most of my life, and I’m positive that all the many and various ways I’ve been called “faggot” have a lot to do with my disabling shyness. People don’t like the way I dress or they don’t like the way I walk. But rather than change myself to fit some ideal of what I’m supposed to be like, what a black boy is supposed to be, I spit out a giant “fuck you” to everybody before they even have the chance to judge. It’s like I’m programmed to anticipate that You’re Going to Say Something Mean to Me, So I Tune You Out Before You Can Do It. My shyness comes off as arrogance, haughtiness, when actually I’m absolutely terrified and gasping for air.

Lately I’ve been thinking a lot about really outrageous people who describe themselves as painfully shy. A great deal of creative people, actors, actresses, artists, and personalities among them, describe themselves as shy. Daphne Guinness, who I’ve written about before, has said that she is painfully shy, or that she often feels invisible despite the obvious fact that she’s wearing something wacky.

What I want to know is why are creative people so withdrawn? Is it really just all the taunting and teasing? Maybe creative people protect themselves by staying withdrawn, inaccessible because they have so much energy to give and don’t want to hand it over to those who don’t appreciate it. It seems strange to find anonymity in outrageousness, but maybe the outrageousness isn’t really you to begin with. Maybe it’s just a projection—armor, a shield—guarding you against the elements.