Ashton Up, Christian Down

After all these years, John Hughes’ stable of pubescent stars still comes out on top. 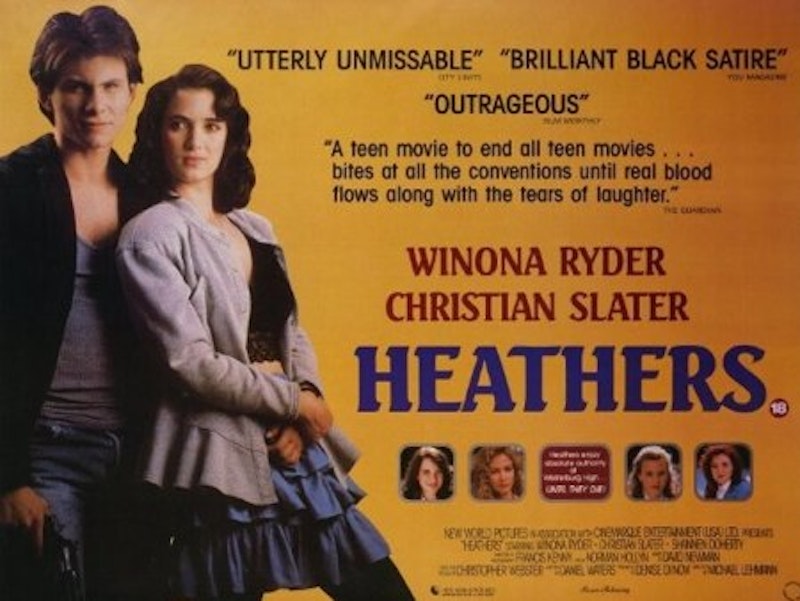 So after all the mishegoss, Two and a Half Men ends up going not with Hugh “Not Cary, By Any Measure” Grant, but with Ashton Kutcher, manchild mate of onetime movie star Demi Moore. Kutcher, unblessed by any discernible talent beyond a goofy sense of self-awareness, thus replaces Charlie Sheen, who now seems destined not for an early grave but for whatever version of Celebrity Apprentice is around in about 10 years, playing the Gary Busey role of genial fuck-up.

Kutcher, whose crowning professional achievement will always be either Punk’d or Dude, Where’s My Car?—and don’t think the so-called wunderkind likes of Orson Welles aren’t smacking themselves in the heads for not thinking of those projects first—seems guaranteed to bring in huge ratings for the CBS sitcom for the first couple of weeks, until the novelty wears off and everyone remembers why they didn’t go to see Killers, The Butterfly Effect, and his other would-be star-making vehicles.

I wonder if Kutcher would even have a career if it weren’t for the missus. Moore is hardly the box-office powerhouse she once was—she was last spotted signing a development deal with Lifetime, where such names as Wendy Crewson and Denise Richards go to die, and ignoring the boozy antics of her spawn with Bruce Willis—but her long-ago connection to the John Hughes factory of teenage antics-‘n’-angst apparently still has some pull.

Sheen himself had some experience in this area—his cameo in Ferris Bueller is still one of that movie’s highlights, even if it turned out to be a little too prescient—but the Moore/Kutcher axis seems to be the Hughes era’s last gasp. Molly Ringwald, Ally Sheedy and Andrew McCarthy have all but disappeared; Anthony Michael Hall’s days of Dead Zone stardom are over; Sheen’s brother Emilio Estevez is still licking his wounds after his RFK assassination pic Bobby failed to sweep the Oscars; Judd Nelson is still Judd Nelson.

We do still have Rob Lowe, of course, via Parks & Rec and a new memoir, but the days of building a project around him (Dr. Vegas, anyone?) seem long gone.

So too, with any luck at all, the small-screen career of Christian Slater. Having somehow managed to navigate the 80s without getting ensnared by Hughes may, in retrospect, have been Slater’s biggest error. The son of a casting agent, Slater made, by my count, exactly two memorable movies (Pump Up the Volume and the wildly overrated Heathers), one shoulda-been-better flick (True Romance), and a long list of monstrosities ranging from Kuffs, Jimmy Hollywood and Young Guns II (with Emilio!) to Costner’s Robin Hood, Julian Po and the infamous Hard Rain.

With his trademark sub-Jack Nicholson routine finally wearing thin around the time of something called Dolan’s Cadillac, Slater turned his “talents” to television. First there was NBC’s My Own Worst Enemy, in which audiences were asked to believe that a super-spy (guess who) maintained his secret identity as a suburban dad without any knowledge of his own super-spy-ness. The show’s legacy, for the time being anyway, is giving us future Twilight and Stretch Armstrong star Taylor Lautner one of his first big credits, as Slater’s son.

A year later, there Slater was again, in ABC’s aptly titled The Forgotten, one of the wave of CSI and Cold Case copycats that was cresting just before Slater and his “Forgotten Network” took to the air. It took two years for him to return—this time devolving down to Fox for Breaking In, a seriocomic ensemble piece wherein a group of security experts are hired to break in to various high-tech concerns in an effort to find the weak security links therein. Hilarity did not ensue, and Fox announced last week that it wouldn’t be back next year.

(It should be noted that Breaking In isn’t absolutely dead yet; reports are that producer Sony is trying to keep it alive somehow. I’m sure The CW could probably find room for it.)

Top-lining three canceled broadcast network series in the space of four years has got to be some kind of record, but weep not for Slater: According to IMDb, he’s currently got no fewer than 10 films in various stages of production (including Creeper, which will reunite him with Dolan’s Cadillac co-star Wes Bentley, and Wanted Dead, in which he plays “Gravedigger”). After that, maybe he and Noni can combine for Heathers 2: Who Cares Anymore?

One of the nifty things about Hollywood is that people like Kutcher and Slater can continue to grind out instantly disposable schlock for the rest of their lives. There will always be an indie producer who’s convinced that adding the star of He Was a Quiet Man or The Boss’s Daughter will give their project instant credibility—and indeed it will, with some short-sighted film or TV executive who believes name recognition trumps all.

The rest of us, meanwhile, will eagerly look forward to a new generation of Brat Packers. After all, The Diary of Preston Plummer, with Rumer Willis, should be coming out soon.