If you don't like Halloween, fine, but don't just set a bowl of candy on your front porch. 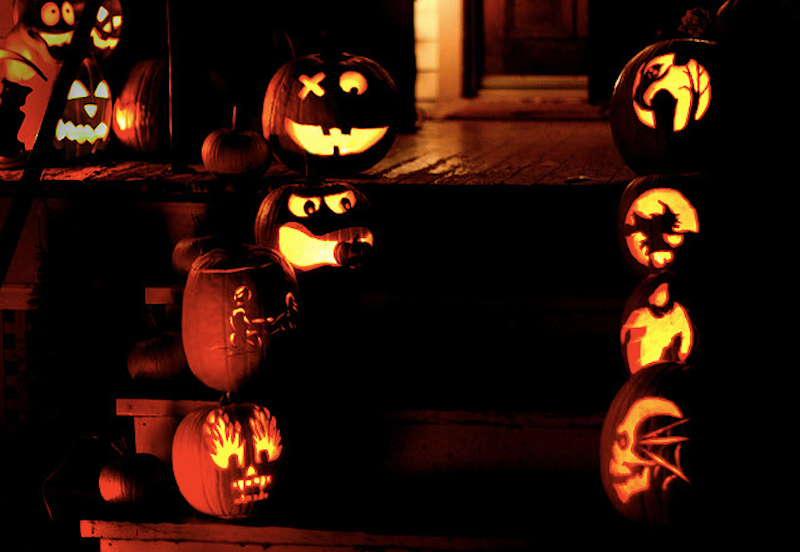 There are a great many aspects of the modern Halloween experience that are almost overwhelmingly sad. It’s sad that the preeminent Halloween costume for teenage girls seems to involve one aspect or another of vampirism. It’s sad that, increasingly, dads can’t make the neighborhood trick’ o’ treat circuit without a beer in hand. It’s sad that roughly 0.8 percent of households opt to go full-bore in terms of balls-out façade scarification. It’s sad that Newt Gingrich masks didn’t make a bigger comeback this season. Sadder than all of those things combined come close to the sadness of watching your costumed child approach an empty bowl on a table standing alone in a pool of light in front of the home of some half-involved-in-Halloween neighbor we’ll never get to know.

Some people simply aren’t into Halloween; they don’t want to mingle, they don’t want to buy candy or feign communal frivolity or trade small talk, the big game is on, they want to be left the fuck alone. I get that; I can respect it. No lights and no decorations send an unmistakable signal that everybody should be able to grasp, a signal that forestalls egging and toilet-papering Silly Stringing and other such tomfoolery. But if you’re half-assing Halloween by setting out some candy and a fake Jack’ o’ Lantern and splitting the scene, you deserve all of the above and worse besides, because you’re very explicitly trying to have your get-the-hell-off-my-lawn and your it-takes-a-suburb-to-raise-a-stylist in one go, to shut yourself away while patting yourself on the back for participating in neighborhood life, however feebly. You don’t really give a shit how your neighbors are, but you desperately need them to not think ill of you because really, you’re a good person You want to believe that you’re brightening the faces of tykes in Lady Gaga and Harry Potter costumes while not having to contract any of their germs or run the risk of one of them springing a cruel prank on you; you’re not in, but you’re not entirely out, either.

This deplorable practice undermines the democratic Halloween tradition in which each child is handed or is allowed to grab two or three saccharine items for their subsequent gorging pleasure, because without a responsible adult present to maintain order, the established system collapses, and all those unattended Smarties and Reese’s Peanut Butter cups and Tootsie Rolls—which are undoubtedly the Starbucks of Halloween candy—are hoovered up by unscrupulous and teenage youth, and everyone who sprints rudely across your lawn after that point just thinks you’re a punk-ass bitch, and they’re kind of right.