Equal sanity standards for all. 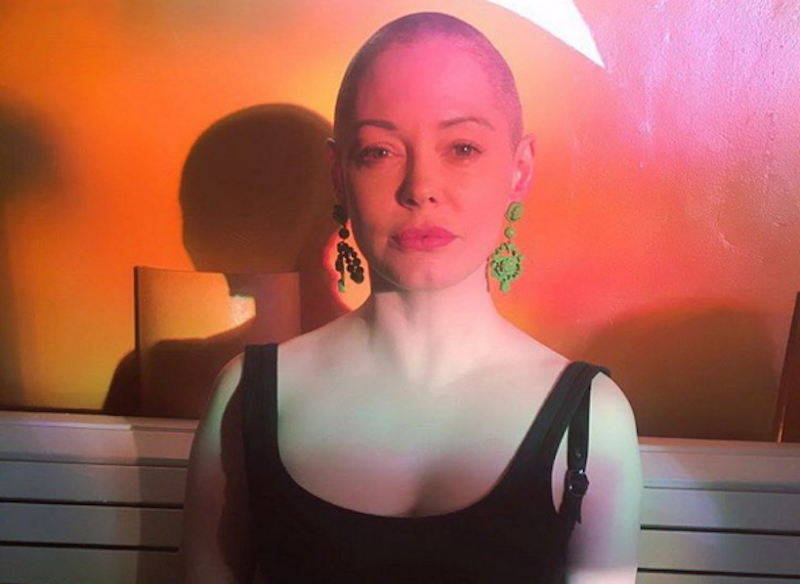 Rose McGowan, who has seemed increasingly mentally ill for a long time now, launched an idiotic attack on one of the posters for the superhero film X-Men: Apocalypse, calling it a promotion of “casual violence against women” because in it the godlike villain Apocalypse is attempting to strangle the mutant known as Mystique, played by Jennifer Lawrence.

Well, to reach this point of the attempted strangulation—which we are not meant to sympathize with for a moment, since he’s very clearly the creepy villain and Lawrence a popular and charismatic figure—he first had to become a pseudo-divine mutant pharaoh in Egypt thousands of years ago, survive entombment by his enemies, emerge in 1983 millennia later, assemble four “horsemen” to help him nearly annihilate modern civilization with nuclear weapons, and do battle throughout with the team of mutant superheroes known as the X-Men, quite nearly killing them all, including the shape-shifting paramilitary-leader blue one played by the aforementioned especially highly-paid actress who (forgive the spoiler) will go on to help defeat him.

But you knew that. And even if you are a moronic feminist, you probably suspected it without even seeing the film. But, hey, why ever pass up an opportunity to bitch, right? Sanity and balanced criticism is not your goal, and you know it damn well.

Virtually no one is going to call out McGowan for this idiocy. Indeed, Fox apologized for their purported error and took down the posters. Why risk more controversy? And so, unlike in the film, the tyrants win. And quite unlike in the film, in which women are treated not merely as equals but, in keeping with the tradition of the comic on which it’s based, as powerful leaders, in the real world, McGowan helps spread the message that women are easily-offended weaklings who must at all costs be protected from art. And everything else.

As a friend of mine said, you can have female superheroes or you can have a world in which female characters never encounter violent threats. You cannot have both. This is typical feminist procedure: claim you just want an equal shot at things, then whine that you need special treatment and coddling lest the scary patriarchy and ancient mutant pharaohs get you.

No one will breathe a word of complaint of course (nor should they) if a future Star Wars poster shows a gutsy Princess Leia wielding a blaster while the (male) captain of her ship is strangled by evil patriarch Darth Vader. But perhaps we shouldn’t accept that, either. We need to end the pernicious and stereotypical depiction of villains as people who do villainous things. Then we need lobotomies. Then all will be quiet and well. And from the ashes of this world, we’ll build a better one.