The Ancient One switches tribes. 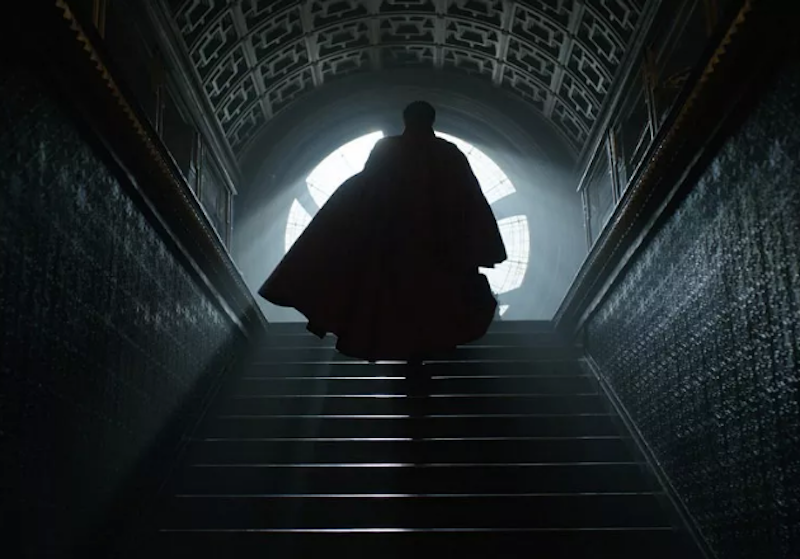 There’s a crucial difference between changing a work of art due to threats from government (which are backed by guns and jails) and changing art due to mere complaints from fans or businesses—but not for lack of trying by fans and businesses to behave as badly as governments.

Pity Marvel, which after the success of this weekend’s Captain America: Civil War must tee up their sorcerer movie Doctor Strange for November. That means, it turns out, trying to recast a traditional male Tibetan mystic character, Doctor Strange’s mentor, as an androgynous female Celtic one without anyone getting angry. But perhaps a public that feels as agitated as if it’s amidst a political civil war right now during primary season will be sufficiently softened up by November’s general election to accept the complete warping of reality by dark sorcery.

You risk pissing people off just by having an old, somewhat stereotypical East Asian mystic in a film—in this case, the Ancient One—but on the other hand, Asian parts are rare enough that activists may also get pissed off these days if you eliminate an Asian character. You may have escaped an onslaught by angry Social Justice Warriors on Twitter in this case by casting Tilda Swinton as the reimagined Ancient One, though, since she’s androgynous and polyamorous and thus automatically beloved by the left. The director has admitted such factors weighed on his mind. And maybe longtime fans won’t care enough about this character to be fazed by the change.

But wait—it was actually an authoritarian government that made the crucial difference here because a movie with a Tibetan mentor to our hero might’ve angered the tyrannical and cowardly Communist Party bosses of Beijing, for whom any reminder of China’s disunity as a nation-state is terrifying. Marvel/Disney might not have been given distribution rights in the vast Chinese market with a Tibetan among our heroes. So Tibet loses, Celtic mysticism gains, big-time capitalism trudges along in the short term but appeases Communist/nationalists in the long term, and the androgyne factor might yet tamp down the angry SJW crowd.

This is all complex and troubling enough to keep several factions fighting for a good long while, but I hope there are still people who see individual freedom, not tribalism, as the best foundation for artistic freedom. Call me Western and bourgeois if you like, but I’d rather these decisions hinged on whether kids think the characters are cool. I hope my values don’t sound hopelessly ancient and arcane to a world that seems to be going through a period of resurgent tribalism.

To end that period, maybe the big groupthink-demons that are government, corporation, and tribe should all be left on the historical ash heap.